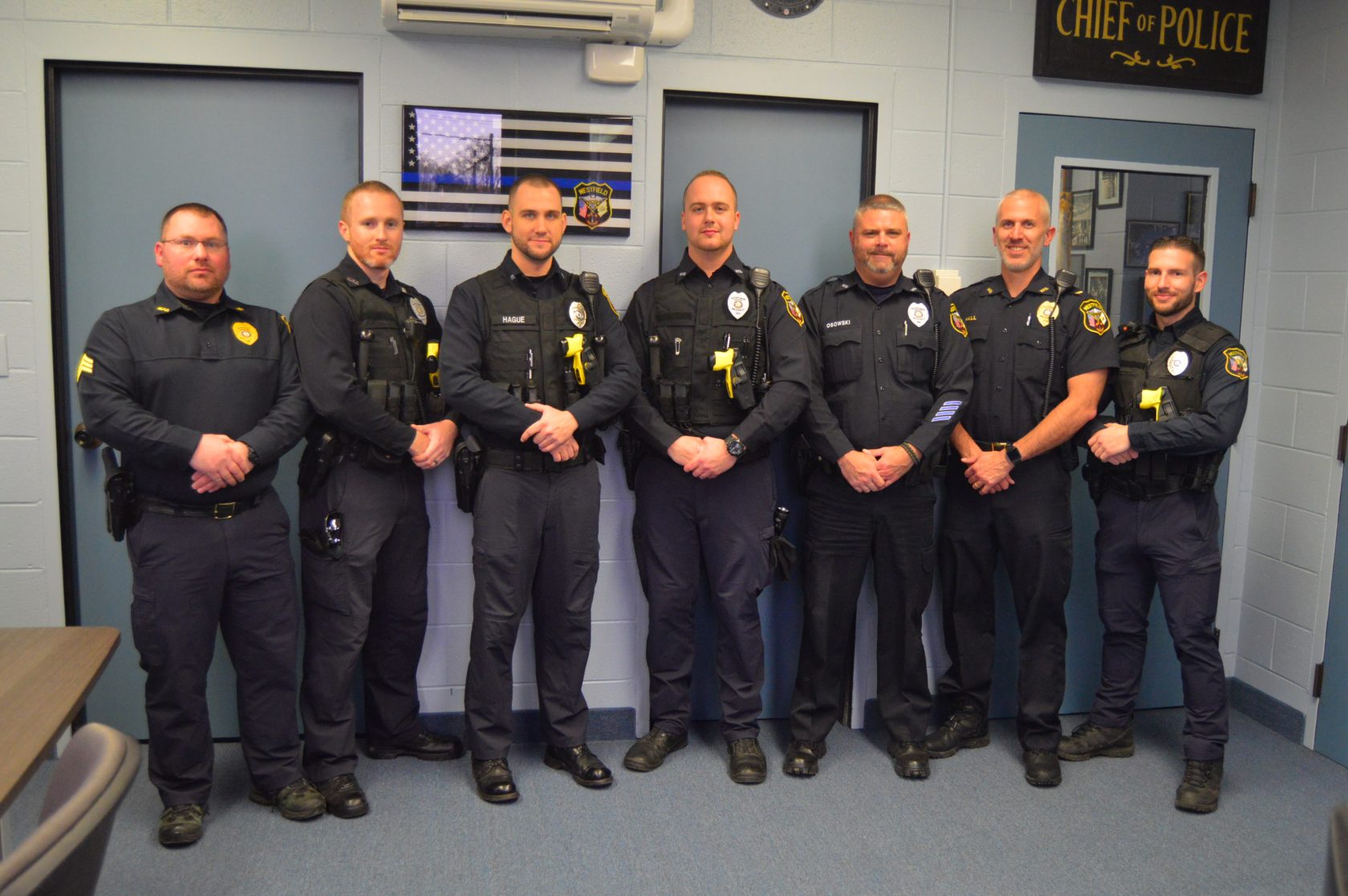 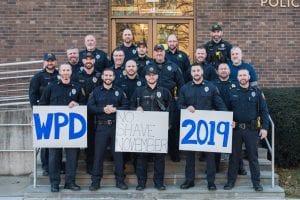 More than two-dozen Westfield Police Officers participated in No-Shave-November for a fundraiser for Shriners Hospital for Children in Springfield in 2019. In 2020, the department raised more than $8,000 for Shriners. (LAWRENCE VALLIERE/SUBMITTED)

This year’s charity is the Home Base Foundation and Massachusetts General Hospital. Officer Jared Rowe, who organizes the fundraiser each year, said that 39 officers participated to raise $8,385 for Home Base so far. In previous years, Rowe and the department had chosen to donate money to the Shriners Hospitals for Children in Springfield. This year, however, Rowe said that a majority of officers wanted to do something for struggling veterans.

“We keep putting it out to the guys and that is how we determine who to raise money for,” said Rowe. 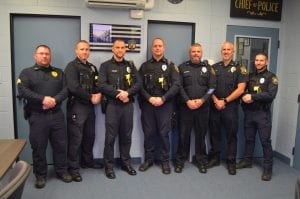 The Home Base Foundation was founded in 2009 as a partnership between the Boston Red Sox and Massachusetts General Hospital as a charity to help veterans deal with PTSD, traumatic brain injuries, and other conditions often found in service members returning home from an active conflict.

The Westfield Police Department isn’t the only department raising money for Home Base in Massachusetts. Rowe said that over 130 departments across the state participated in No-Shave November. He said that next week, representatives of many of those departments will gather at the U.S.S. Constitution in Boston for a ceremony and pictures.