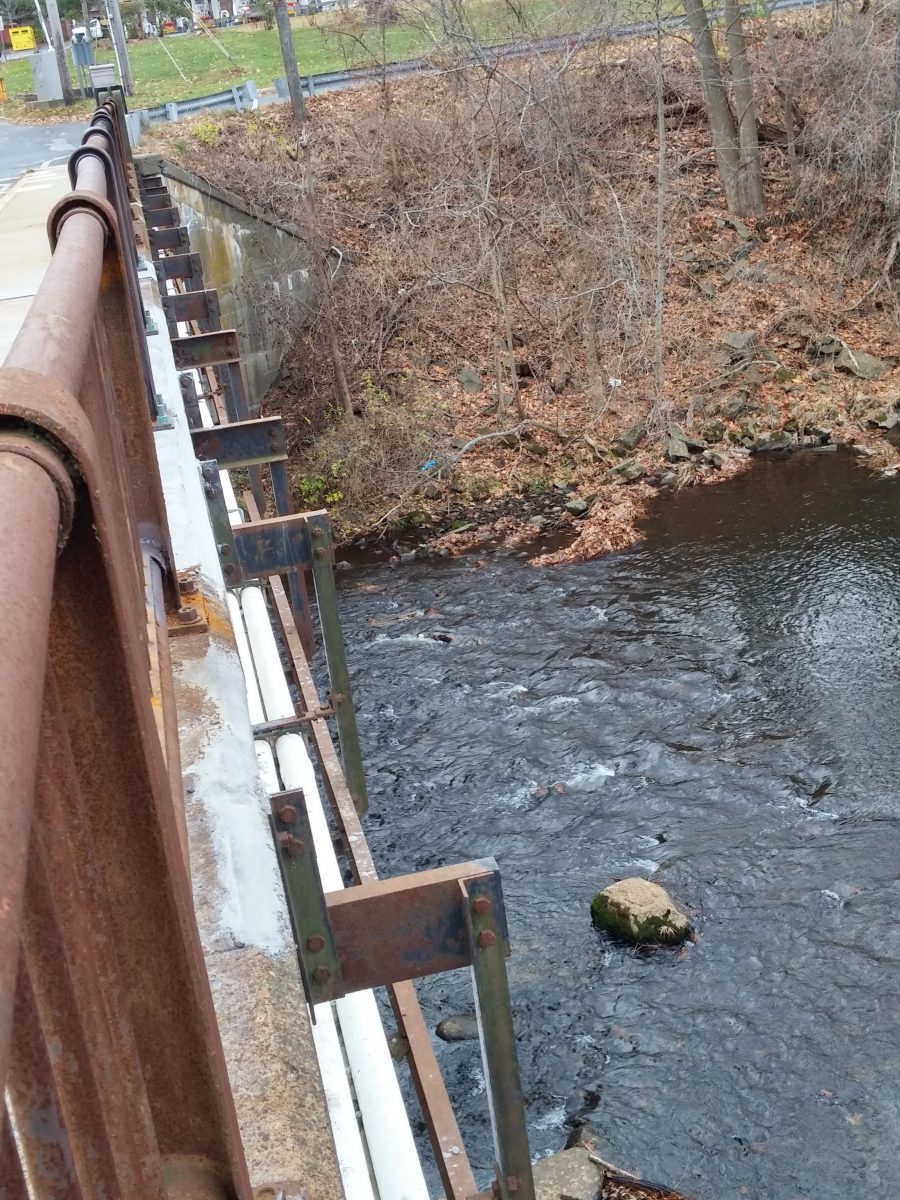 WESTFIELD – Police are seeking the identity of a man who helped police rescue somebody who was trying to jump from the Cowles Bridge on Thursday.
Police received multiple calls around 11:30 a.m. Thursday morning reporting a man on the other side of the railing of the bridge that connects South Maple Street and Southwick Road, according to police logs.
The Westfield Fire Department was asked to bring the Zodiac, a hydroplaning boat, to join the rescue effort, which ended up not being needed, according to Westfield Police Capt. Michael McCabe.
Officer Joshua Krassler leaned over the railing to grab the approximately 300-pound man who had been attempting to commit suicide.
An unidentified man was on the other side of the railing with the victim struggling to keep him on top of the PVC pipe, McCabe said.
This man started pushing the victim up as Krassler, Officer Harry Sienkiewicz and bystanders assisted the officers in pulling the 23-year-old man to safety.
The victim was transported to Noble Baystate Hospital in stable condition by 11:45 a.m.
McCabe said that police know nothing about the good Samaritan other than that it was a man.
“We want him to contact the station, so that we can commend him for his heroic actions,” said McCabe.
McCabe can be reached at (413) 572-6300.
Staff Writer Christine Charnosky can be reached at [email protected]