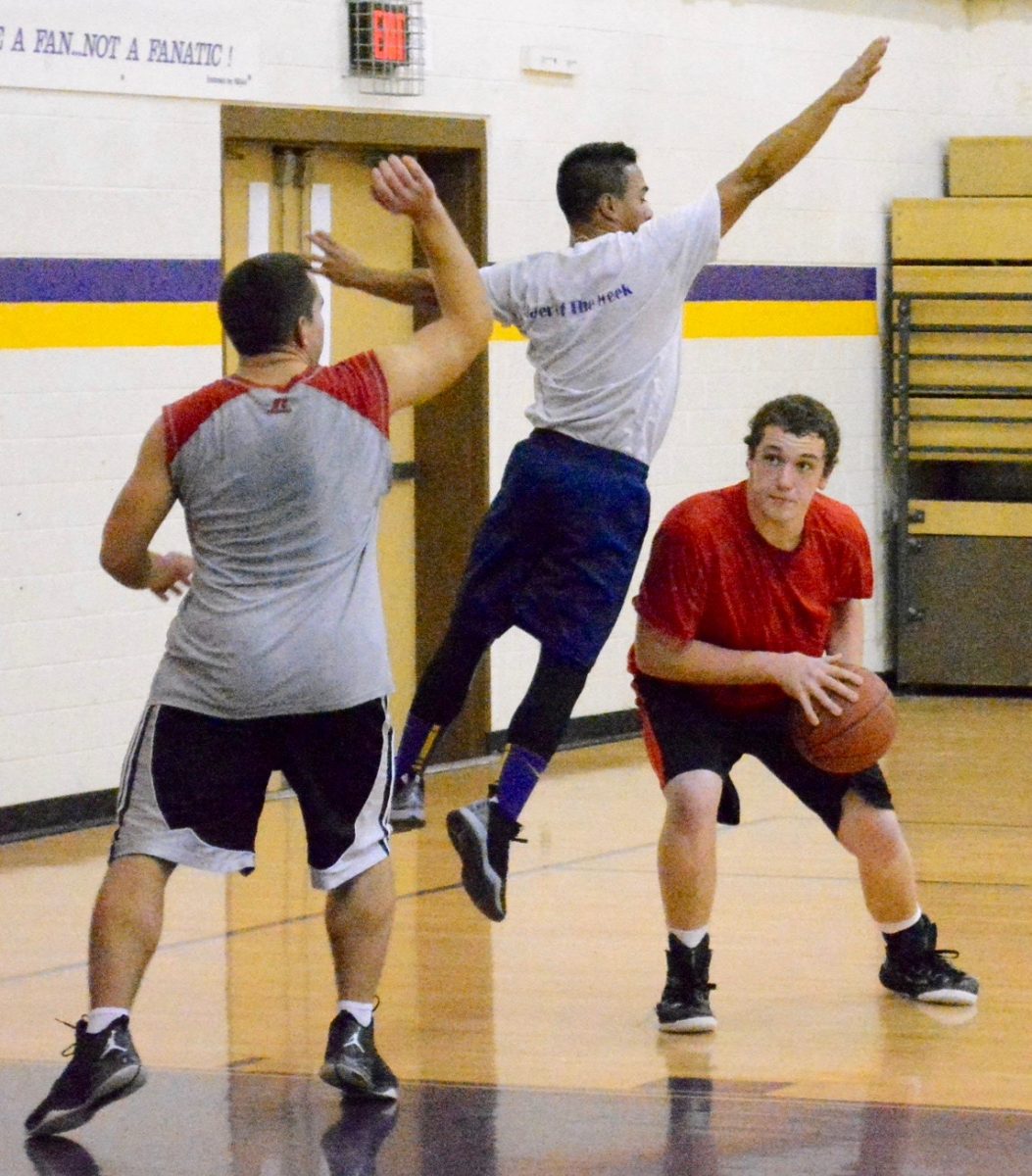 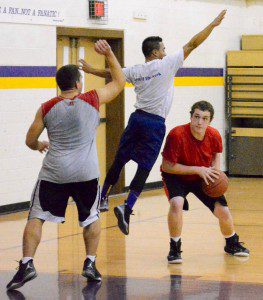 WESTFIELD – If this high school boys’ basketball season has a bit of a championship feel to it for Westfield Technical Academy, there is good reason for that.
Westfield Tech has dedicated this season to the late head coach John Wiley, who directed the Tigers to its last Tri-County League championship in 2003. Wiley passed away in 2008 after a long bout with cancer.
To honor Wiley and anyone who has been affected by this deadly disease, current head coach Kyle Dulude, along with the support of staff members and fellow coaches, orchestrated a series of games, known as the Box Out Cancer Challenge to be played Dec. 15-Dec.16. Westfield Tech, St. Mary, Gateway, and Smith Voke are expected to participate. 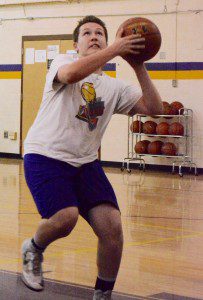 This Tiger goes hard to the hoop. (Photo by Chris Putz)

“I’ve been trying to put this together in remembrance of Wiley for what he did for this program,” coach Dulude said. Dulude served as assistant coach under Wiley for two seasons before taking over the reigns of the program.
“He was a co-worker, and a friend,” Dulude said.
For several years, Westfield Tech basketball participated in the Gregg Wynn Memorial Tournament in Southwick. Once that tourney folded up, the Tigers sought out another venue to celebrate, not only sports, but life itself. Thus, the Box Out Cancer Challenge was born.
On Tuesday, December 15, Westfield Tech will tip off its 2015-16 regular season against Gateway as the first of four games in the 2-night event. St. Mary-Smith Voke will follow at 7 p.m. The Tigers return to action Dec. 16 against Smith at 5 p.m., followed by Gateway-St. Mary at 7.
T-shirts honoring Wiley and online casino those affected by relatives or friends battling or who have battled cancer will be worn. There will be a raffle, and plaques will be presented to each participating.
Each participating team is expected to honor a special person afflicted by this disease throughout the two-day challenge.
As for the season itself, Westfield Tech is hoping that some of the luster from Wiley’s championship run seeps into the Tigers’ mettle this time around.
“There is a lot of potential in this gymnasium,” coach Dulude said. “It’s basically make the playoffs or bust.” 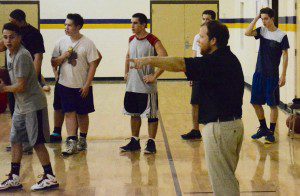 If Westfield Tech busts out for one of its best seasons since the “glory days,” it will be because of a strong returning class, including seniors Matt Wood, Tyler French, Luis Santos, and Alex Stepanchuk; and, juniors Tim Shevchenko and Luis Ruiz.
One of the Tigers’ fastest risers, according to Dulude, is first-year senior Victor Biley.
“He will add a lot to the program,” the head coach said of his newcomer. “I believe with our work ethic and desire to compete should be enough. It just comes down to whether or not our players decide to compete as a team.”
To match those high expectations, there will be a renewed emphasis on free throw shooting.
“We need to increase our free throw percentage,” Dulude said, “and we need to get to the line more.”
In addition, the Tigers will focus on improving ball movement and playing better defense. The head coach said if his team can keep their opponent’s scores in the 50s, then their goals will be well within reach.
“It’s been too long since we made the tournament,” he said. “That is our number one goal.”