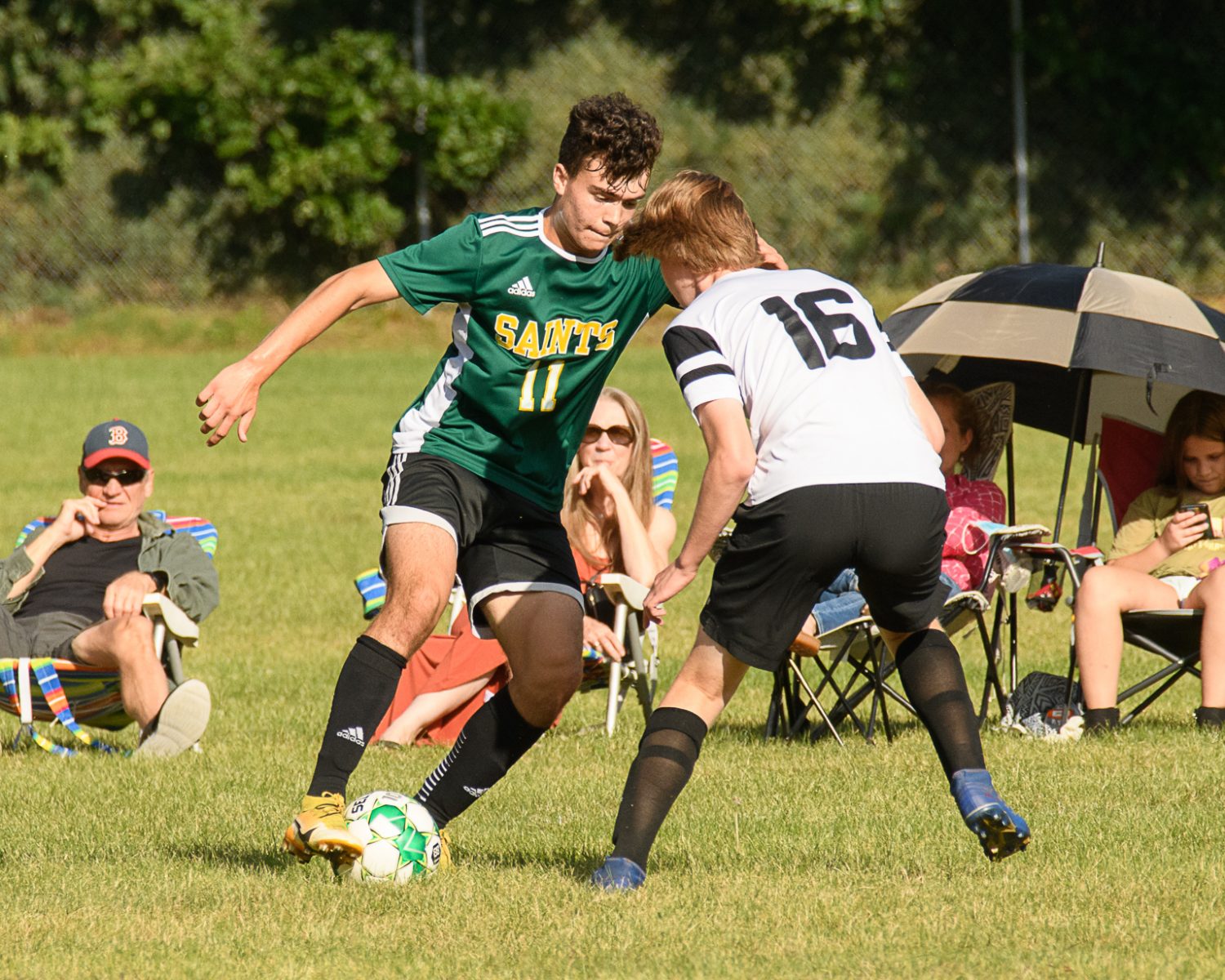 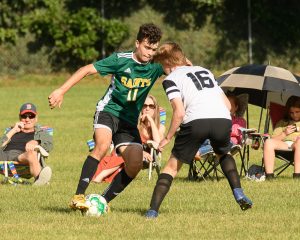 WESTFIELD – The St. Mary’s High School fall season has come and gone and with it several epic moments, including the rise of the Saints’ soccer programs.
While the Goodreau sisters and others helped elevate the St. Mary’s girls soccer team’s rise to prominence, senior Jonathan Baillargeon spearheaded a positive regular season run for the boys team with a 51-goal outburst.
“Obviously he is one of our most skilled players,” St. Mary’s boys soccer coach Andy Lussier said. “His individual skills and ability were above other players on the team.”
Baillargeon set the tone early in the season.
As sophomore girls soccer forward-midfielder Emma Goodreau chased her 100th point – – her sister Allie Goodreau, a senior forward, reached that milestone two years ago – – Baillargeon was making a habit of recording hat tricks and propelling the Saints to victory. Forward Brady Collins and Jonathan’s brother, goalie Thomas Baillargeon, also contributed heavily toward those “W’s.”
“Last year, we obviously struggled with the schedule with the Covid pods, playing teams we normally don’t play, so it was definitely a rebuilding year,” coach Lussier said. “The way the team came together this past season had a lot to do with a bigger range in soccer experience and athletic ability, the building of our team, and how Jonathan began to play, his number of goals.”
A unique combination of strong ball-handling skills, speed, vision, and knowledge of the game allowed Jonathan Baillargeon to thrive this past season. And as teams began to mark the senior Saint with more than one player, Baillargeon learned to “be a little more selfless.”
St. Mary’s regular season run netted them a tournament berth but a lower-than-expected power ranking resulted in a very challenging postseason that ultimately did not end well.
“I think we got a little short-changed,” coach Lussier said. “That kind of took a little wind out of the sails. We didn’t look at (the postseason) as a Western Mass thing or tournament thing, but just game-to-game. I think we did really well despite the things working against us.”
St. Mary’s has come to become known as the Little Engine That Could.
“The silver lining to the whole thing is that we are such a small school but the programs are so good for not having a big pool of people to draw from,” Lussier said. “I think it says a lot about the kids coming to the school and the coaching staffs making the best environment for those athletes (no matter) the roster. I think as St. Mary’s continues to grow that will be a better situation down the road.”
The path for St. Mary’s now leads to the winter season. 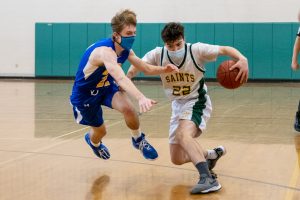 A preseason boys basketball game will be held between St. Mary’s and Southwick on Tues., Dec. 7 at 4 p.m. On Fri., Dec. 10, the Saints’ boys hoops team tips off its regular season opener against the Ludlow Lions at the Westfield Middle School on West Silver Street. All St. Mary’s basketball games will be held at the middle school in the downtown area next to the Post Office and Boys & Girls Club. Game time is 6:30 p.m.
The St. Mary’s girls basketball team will begin the 2021-22 winter season Mon., Dec. 13 at home against Pioneer Valley Chinese Immersion Charter School. Tip-off is at 6:30 p.m.
Then, shortly after the holidays, the Pioneer Valley Interscholastic Athletic Conference ski season begins. St. Mary’s is one of those programs expected to compete.
“Obviously the talent pool is small at St. Mary’s but we have a couple of strong skiers,” said Lussier, pointing toward reliable senior boys skier Colin Freeman and sensational returning freshman girls skier Elianna Umana Kimura.
Lussier also serves as the ski teams’ head coach.
“I am glad that they are going to have an opportunity to have another season and develop,” Lussier said. Training for the 2022 season officially begins this week. “Let’s see what happens.”