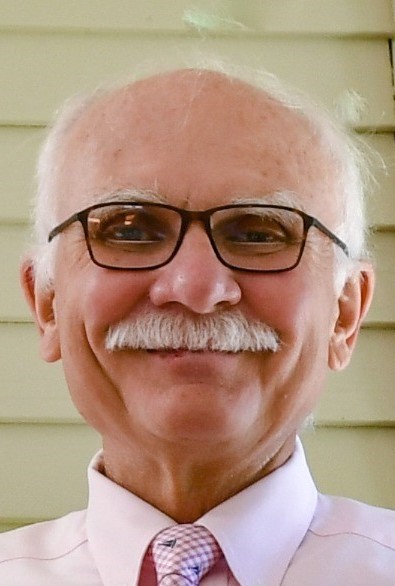 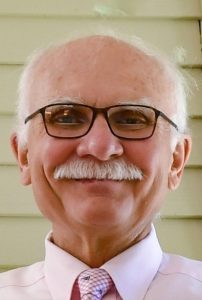 WESTFIELD: Thomas Kevin Trant, 70, of Westfield, beloved husband, devoted father, cherished grandfather, and friend to many passed away on Friday (November 26, 2021) at the Massachusetts General Hospital (“Mass General”) in Boston after a brief battle with leukemia. Tom was a lifelong resident of Westfield. A 1969 graduate of St. Mary’s High School, he studied accounting at Northeastern University completing his undergraduate studies at Western New England College (“WNEC”) in 1973. While at WNEC, Tom met the love of his life, Barbara (Van Wart), and they were married in Springfield in 1974. For more than 45 years, Tom worked for public accounting and manufacturing companies in senior financial positions including controller, treasurer, VP and CFO. He began his career as an auditor at Arthur Andersen, a Big Eight accounting firm, in Hartford, Connecticut. Tom went on to work for one of his clients, PTC Aerospace in Bantam, Connecticut. Later he served as CEO and Treasurer of Kidder-Stacy in Agawam, becoming one of its principal owners. Tom completed his career as the Owner, President and CEO of Stacy Industrial Supply Company in Westfield. Tom and Barbara raised 3 children together. He was an active member of various civic and social organizations in Westfield. He was passionate about community Youth Sports and he volunteered in the CYO Basketball program, Pioneer Valley Youth Soccer League, Little League, Babe Ruth Baseball, the YMCA and the Boys & Girls Club of Greater Westfield as a coach and umpire/referee. Tom was honored to help steward the memory and legacy of his beloved cousin, Dan Trant, whose life was tragically taken in the terrorist attacks of September 11, 2001. Tom was treasurer, clerk, and a director of the Dan Trant Scholarship Fund. He also served on the Westfield State College Foundation and the Shurtleff Children’s Fund. A man of great faith, Tom was a communicant at St. Mary’s Parish where he was a Eucharistic Minister and long-time member of the Parish Finance Council and School Board. Tom was named a Distinguished St. Mary’s High School Alumni of the Year in 2013. An avid golfer, Tom was a member of the Ranch Golf Club, Southwick. He loved the New England Patriots and was a long-time season ticket holder. Tom loved to walk and he took great pride in his Fitbit streak of 10,000 steps a day.

Tom was predeceased by his parents, Joseph and Dorothy (Strniste), his sister Jo-Anne, and his grandson Harrison (Zeidman). He is survived by his loving wife of 47 years Barbara and his children Jeffrey and his wife Rachel of Westfield, Katie and her husband Jeffrey (Zeidman) of Watertown, MA and Christopher and his wife Jill of Schenectady, NY. Tom (affectionately known as “Poppie”) also leaves 4 grandchildren (Emily, Eliza, Madison, and McKenzie), and siblings John of Westfield, Gerald and his wife Sharon of Niskayuna, NY, and Richard of Agawam as well as many cousins, nieces, and nephews. Tom is also survived by his beloved dog, Kasey. Together, Tom and Kasey fought their own battles with cancer and supported each other every step of the way. Tom’s family wishes to express their deepest appreciation to the staff of Mass General, especially the oncology and critical care nurses, for their thoughtful care that was provided with skill, compassion, and grace.

Calling hours will be held on Sunday, December 5th from 1 p.m. – 4 p.m. at Firtion-Adams Funeral Services (masks will be required due to COVID-19), 76 Broad Street, Westfield. The Liturgy of Christian Burial will be celebrated on Monday, December 6th at 10:30 a.m. at St. Mary’s Parish, 30 Bartlett Street, Westfield. The rite of committal and burial will follow at St. Mary’s Cemetery, 203 Southampton Road, Westfield. In lieu of flowers, donations may be made to the Sisters of St. Joseph of Springfield, 577 Carew Street, Springfield, MA 01104 or St. Mary’s High School, 27 Bartlett Street, Westfield, MA 01085. Firtionadams.com