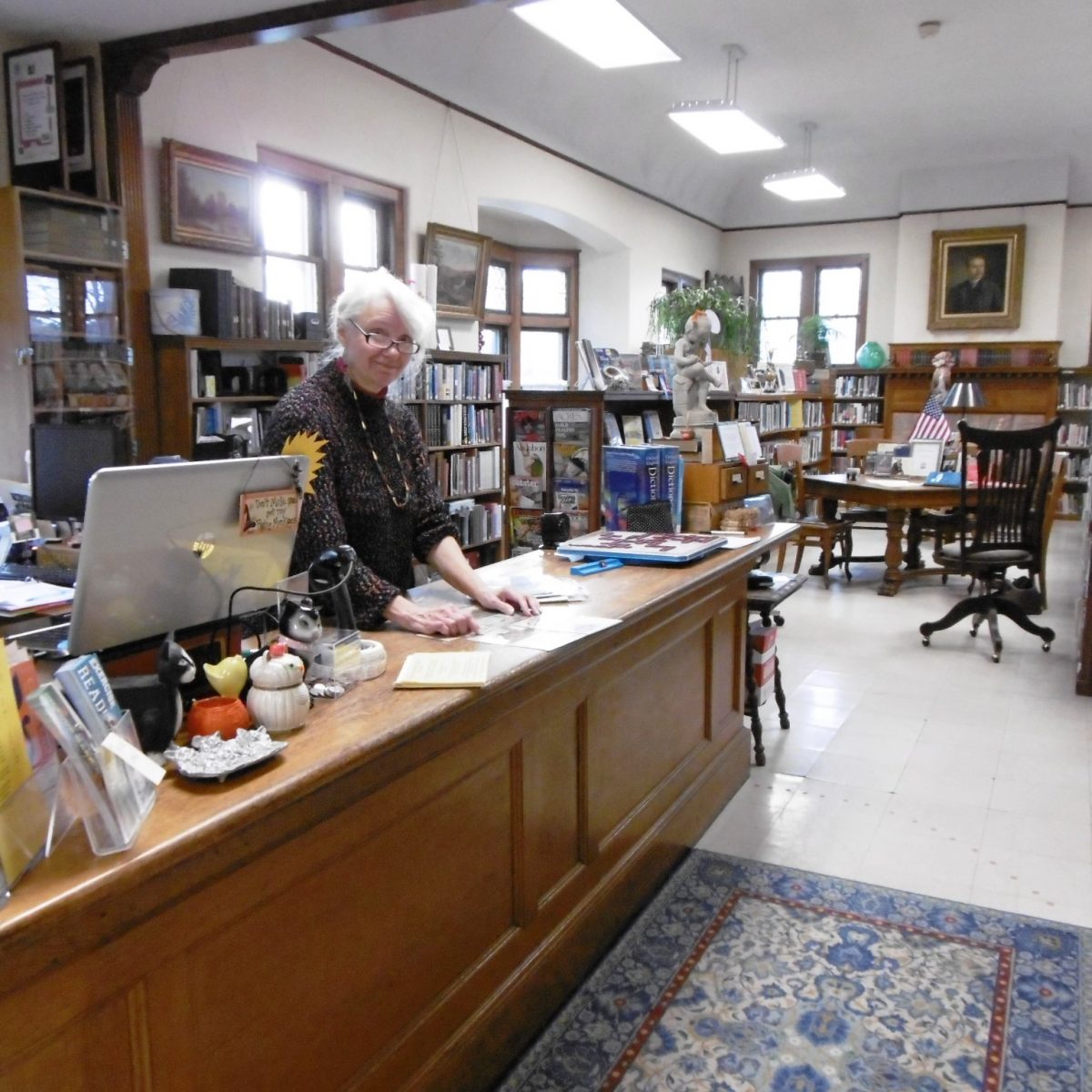 BLANDFORD – Porter Memorial Library in Blandford has announced a multi-year plan for expanding its facility and services, and an open house on Friday, November 4 from 3:30 to 6:30 p.m. to introduce residents to some of the changes that have already been made.
The library has completed phase one of its plan to digitize its catalog in order to become a member of the CW/MARS (Central and Western Massachusetts Automated Resource Sharing) network. Now, library patrons have access to over 9 million items in the collections of 144 member libraries, according to library director Janet Lombardo.
Lombardo said that patrons can order CW/MARS books, music and movies from the library’s computers, their home computers, tablets or smartphones. Items are delivered within a week, free of charge, to Porter Memorial Library, and patrons are notified by email, text or phone call when their orders have arrived. Blandford library patrons can also return books borrowed at other CW/MARS libraries, such as the Westfield Anthenaeum, and return them to Blandford to avoid the return trip. 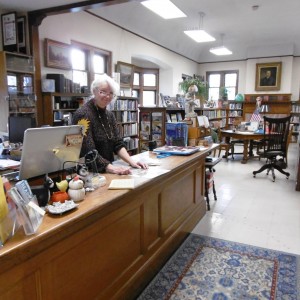 “So many people here don’t realize they have that capability,” Lombardo said.
“Once we went to CW/MARS, our circulation skyrocketed,” added library staff member Lori Bocon.
At the open house, everyone who comes in will get an overview of the CW/MARS system and demonstrations of the online ordering and e-book borrowing process. Residents are encouraged to bring their laptops, tablets or portable devices for hands-on training, or use the library’s computers. The three hour open house will also offer refreshments and door prizes, including a Kindle and Nook, local artwork and local gift certificates.
Future plans for the library include a reconfiguration of the space in the 1892 building, to allow for more flexibility and programming. The library is the one spot in Blandford where users can access broadband internet via Wi-Fi, so a priority of the reconfiguration will be to install work stations equipped with high-speed internet connections, to increase student access for research and homework assignments. They hope to have this completed by the end of the fall semester.
Plans also include moving reference books upstairs and installing rolling bookcases, which can be moved for performances, meetings, classes, talks and movies. The additional space will also allow patrons to use the library as a community-gathering place. 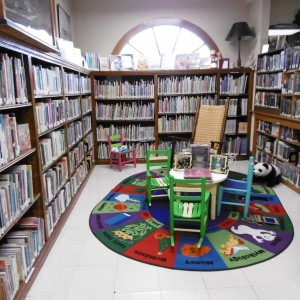 The children’s section at the Porter Memorial Library in Blandford. (Photo by Amy Porter)

In order to make room, Lombardo said they’ve taken a critical eye to their collection.
“We’ve weeded a lot of books that you can get anywhere,” she said. Some of the highlights of the collection at Porter Memorial Library include current non-fiction, foreign movies and documentaries. They also have a children’s library section.
“As far as reading materials go, I’m very selective,” Lombardo said.
The last phase of the multi-year plan will include heating and cooling upgrades, repairs to windows, ceilings, floors and roof gutters, and also new construction to the south end of the existing building for accessibility. Architect Jeffrey Scott Penn of Huntington, who has experience in renovating public spaces while maintaining the historical value of local architecture, will serve as a consultant to the project. Initial plans will be available to preview at the open house.
“Jeff said we’ll be keeping the look of the library, but accommodating what is going on in the world,” said Bocon.
“This building is a very beloved spot,” Lombardo added. 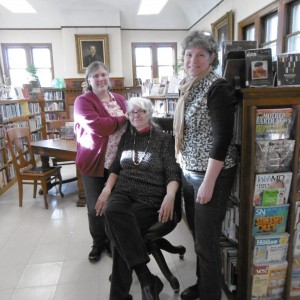 The library, which relies on funding from the town for its operation, will be looking to foundations, state grants and individual giving for the renovation, according to trustee treasurer Chuck Benson.
“The library staff, director, and supporters are totally focused on making the new Porter Memorial Library a vital, active and renewed center for the people of the Hilltowns. We’re planning a range of educational and cultural programming that will enrich lives of all ages for years to come,” said trustee Mary Martin, who is coordinating the consultants on the project.
“You have to get everybody involved. That’s the point of a library, something for everyone,” Lombardo said.