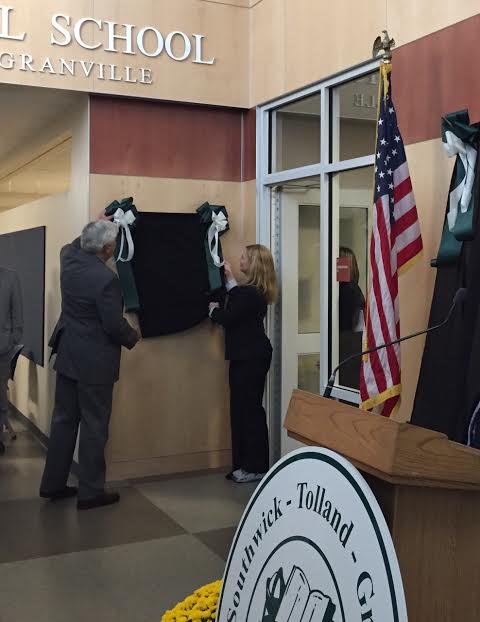 Superintendent Jen Willard started off the ceremony. Although Willard wasn’t the Superintendent during the process of the new school being built, she acknowledged everyone that was involved.

“I can’t thank everybody enough for the amazing work you did to get us here today,” said Willard.

At the end of the ceremony, Willard and former Superintendent of the Southwick School District, John Barry, unveiled the plaque that has the numerous names of people that were a vital part of the project. 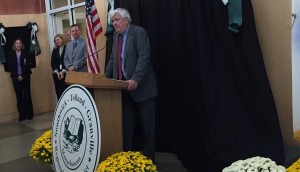 Along with Barry, members of the building and school committees, the architect, project manager, general contractor, and the select boards from Southwick, Tolland, and Granville, were all honored on the plaque.

Karen O’Connor, who was the Chairman of the Building Committee, came to the podium to discuss the nearly decade long process.

In the spring of 2005, a school feasibility study was done on the school district. After an architect was hired, O’Connor noticed what seemed to be most important.

“It became clear that the high school needed to be the priority,” said O’Connor.

As it took several years to continue the process, a proposal for a new district was presented to the towns of Southwick, Tolland, and Granville in the fall of 2011.

“I’ve been so proud to be a part of this journey,” said O’Connor.

Being the Superintendent for eight years, Barry was proud to see how far the school has come.

“This is now a secondary school for all three communities and it will be for the foreseeable future,” said Barry. “I wish you all the best.” 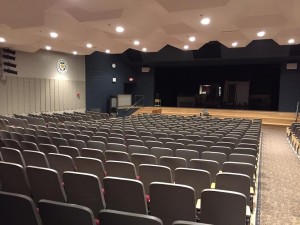 A new auditorium was built as part of the new school. (Photo by Greg Fitzpatrick)

Principal of the Southwick Regional School, Joseph Turmel, which is grades 7-12, addressed the success that has come with the new school.

“We are committed each and every day to providing our students with the best education possible,” said Turmel.

Students of the Regional School were also in attendance for the ceremony. Student ambassador for the senior class, Allison Scharmann, gave tours around the school to anyone that was interested in seeing the many additions. The new auditorium and the science wing were just a couple of upgrades that have made the school shine.

Scharmann also spoke to the crowd and noted what she believes is most significant about the school that she attends.

“The school is no longer mine,” said Scharmann. “It’s ours.”