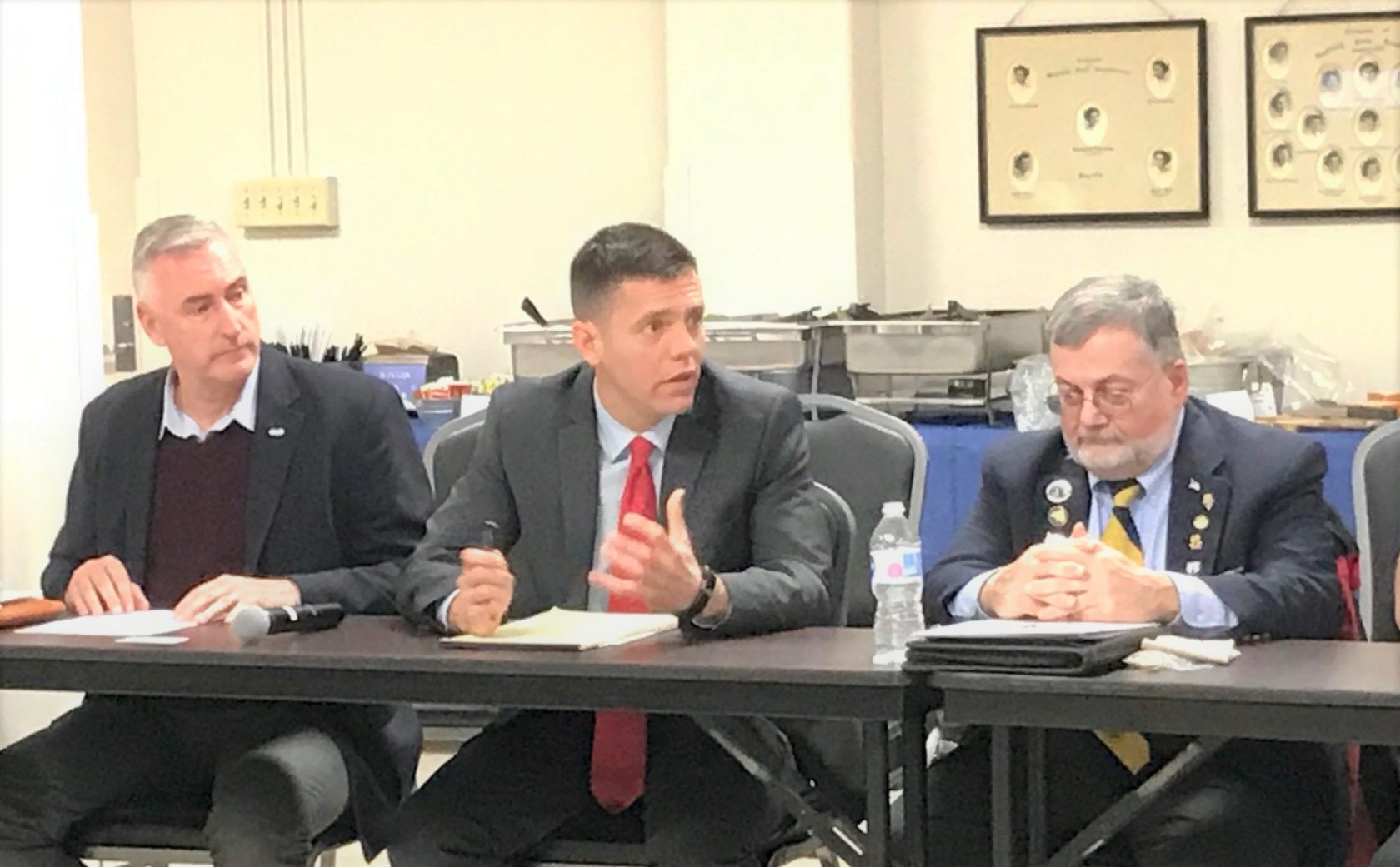 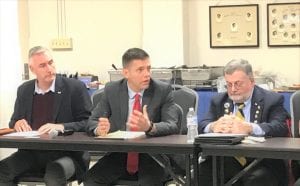 The group was brought together by state Rep. John C. Velis, D-Westfield, the vice chair of the House Committee on Veterans and Federal Affairs, to learn about what Home Base can do to help.

Home Base is a program of the Red Sox Foundation and Massachusetts General Hospital “dedicated to healing the invisible wounds for veterans of all eras, service members, military families and families of the fallen through world-class clinical care, wellness, education and research,” according to its website.

Home Base Executive Director Jack Hammond told the group that 20 veterans take their own lives each day and there are 380,000 veterans living in Massachusetts. He said Home Base is working toward its goal of zero veteran suicides through evidence-based treatment and training through its 20-0 Project.

“Our goal is to work community by community across the state in areas where we know there are lots of veterans and lots of people who want to make a difference,” said Hammond. “We can reduce suicide by connecting people with care.”

He said there are three goals to Home Base’s 20-0 Project. The first is to expand the network of trained clinicians and provide evidence-based treatment for veterans and their families.

The second is to train first responders, health professionals, veteran service officers and other community stakeholders.

The final goal is to create a statewide referral network and outreach campaign targeting at-risk veterans. 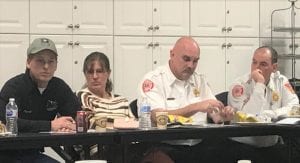 Southwick resident Dave Sutton of One Call Away Foundation, at left, listens as suicide prevention among veterans is discussed Jan. 13 by local veteran and healthcare leaders, first responders and other stakeholders Jan. 13. (Photo by Hope E. Tremblay)

After Velis and Hammond introduced the program, providers and first responders spoke about what they do, what they learned Monday and what they bring to the table.

“I’ve brought a person to the hospital all day and I’ve sat with veterans in Leeds [at the Northampton Veterans Hospital] just like most of us have,” she said. “I’m excited to see everybody collectively at this table.”

Bryan Doe of the Springfield Veterans Center said his town is establishing its partnership with Home Base.

Valliere said he learned a lot and noted that the city works closely with the Department of Public Health and Behavioral Health Network (BHN), which provided training for Westfield police officers.

Capt. Matthew F. Moriarty of the Holyoke Police Department said Holyoke has been proactive in providing counseling at the police department for anyone who needs it, including veterans.

“We have a grant for BHN to have a counselor with us once a week for eight hours,” he said.

David Sutton of One Call Away Foundation, a Southwick-based organization with a mission to directly affect the lives of veterans who suffer from post-traumatic stress disorder (PTSD), had a seat at the table Monday. The foundation aids in PTSD awareness and the prevention of veteran suicide.

Sutton said he often receives phone calls to assist law enforcement with a veteran in crisis.

“I’ll go out at 3 or 4 a.m. to talk to a veteran having a hard time,” Sutton said, noting that he is a veteran who hit his low and was able to bounce back with help from a caring police officer. “I’ve been there.”

Sutton said simply having someone to talk to a veteran in distress can make the difference, especially when they are contemplating suicide.

“I cannot stress enough the need, in that emergency environment, for a peer support specialist,” said Sutton.

Hammond said Home Base was developing a resource guide that first responders can refer to in a crisis situation.

Velis thanked everyone for being part of the conversation and taking action to prevent veteran suicide.

“You deal with the invisible wounds,” he said.

Home Base offers intensive clinical programs for military veterans and service members with PTSD, including a two-week program and a weekend program.

Home Base is offering free first responder and clinical education workshops, including one in Westfield May 26. More information is available at homebase.org.