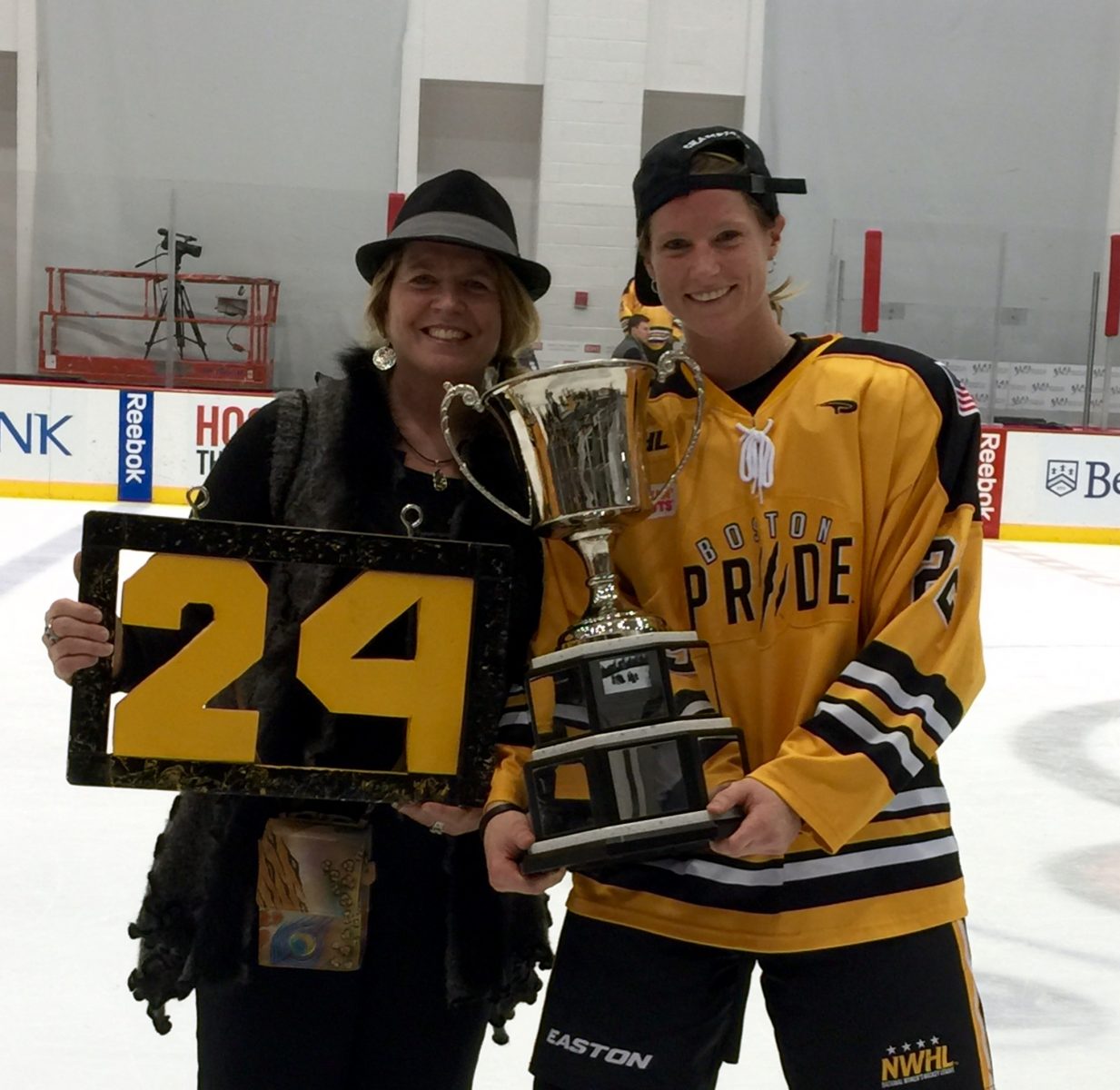 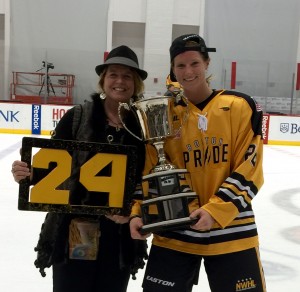 NORTH ANDOVER – Westfield native Kacey Bellamy is feeling like gold these days.
The Whip City’s two-time silver medalist won an Isobel Cup Saturday night as a member of the Boston Pride in the National Women’s Hockey League’s inaugural season.
Bellamy and Blake Bolden set up teammate Brianna Decker for the game’s first goal late in the first period en route to the Pride’s 3-1 win over the Buffalo Beauts Saturday night in Game 2 of the Isobel Cup Finals at the Prudential Center’s Hockey House in Newark, N.J.
The Pride swept the best-of-3 series.
“It was a very special year, this being the first year ever (for a) paid professional women’s hockey league,” Bellamy said in an exclusive interview with The Westfield News Wednesday. “For the Boston Pride, winning the first-ever Isobel Cup was an incredible accomplishment. If you asked any of our teammates we did it for Denna Laing. She was the strength from January to the end of the season.”
Laing, a forward for the Boston Pride, suffered a spinal cord injury after apparently stepping on a hockey stick and falling head-first into the boards during the inaugural Women’s Winter Classic at Gillette Stadium on Dec. 31. She has been rehabbing at Spaulding in Boston.
“She is without a doubt the MVP of our team and led us every step of the way,” Bellamy said of her injured teammate.
Bellamy was impressive in her own right, finishing as the third highest-scoring defenseman in the four-team league. She scored two goals and had 12 assists in just 13 games played.
In the NWHL’s Isobel Cup Finals opener, Bellamy assisted Hilary Knight on the game-tying goal late in regulation. Knight scored again 2:29 into the overtime period to send the Pride to its first-ever postseason victory, a 4-3 final. 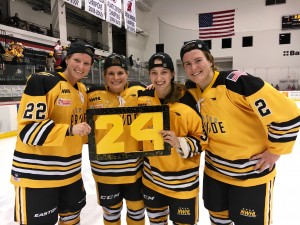 The Pride built a 3-0 lead in Game 2, and never looked back.
For Bellamy, the celebration offered a piece of redemption for a pair of losses to Canada in the Gold Medal games (2014, 2010). Or did it?
“It does not erase the (bad) taste (of the past two Winter Olympics) but it does motivate me,” Bellamy said. “You want that feeling of winning every time you play the game. The losses make you stronger, but as a team you want to win.”
“This year has been interesting because the league was mostly US players, and not so many Canadians, so we were playing against our own teammates from the national team,” she said.
Bellamy’s quest for the 2018 Winter Olympics in PyeongChang, South Korea continues with the US World Championship Team in the state of Washington, beginning Thursday.
“I just can’t wait to put that USA jersey back on and go into battle with some of the players I played against all year,” Bellamy said. “The saying is true – I most definitely want them next to me on the blue line than across from me.” 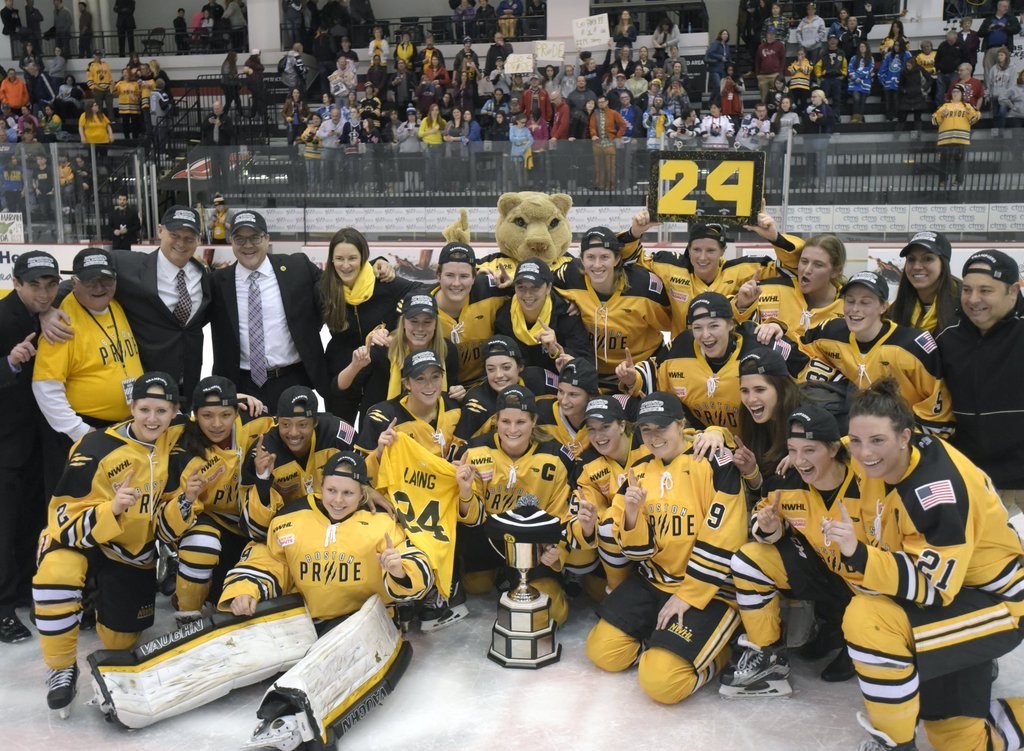