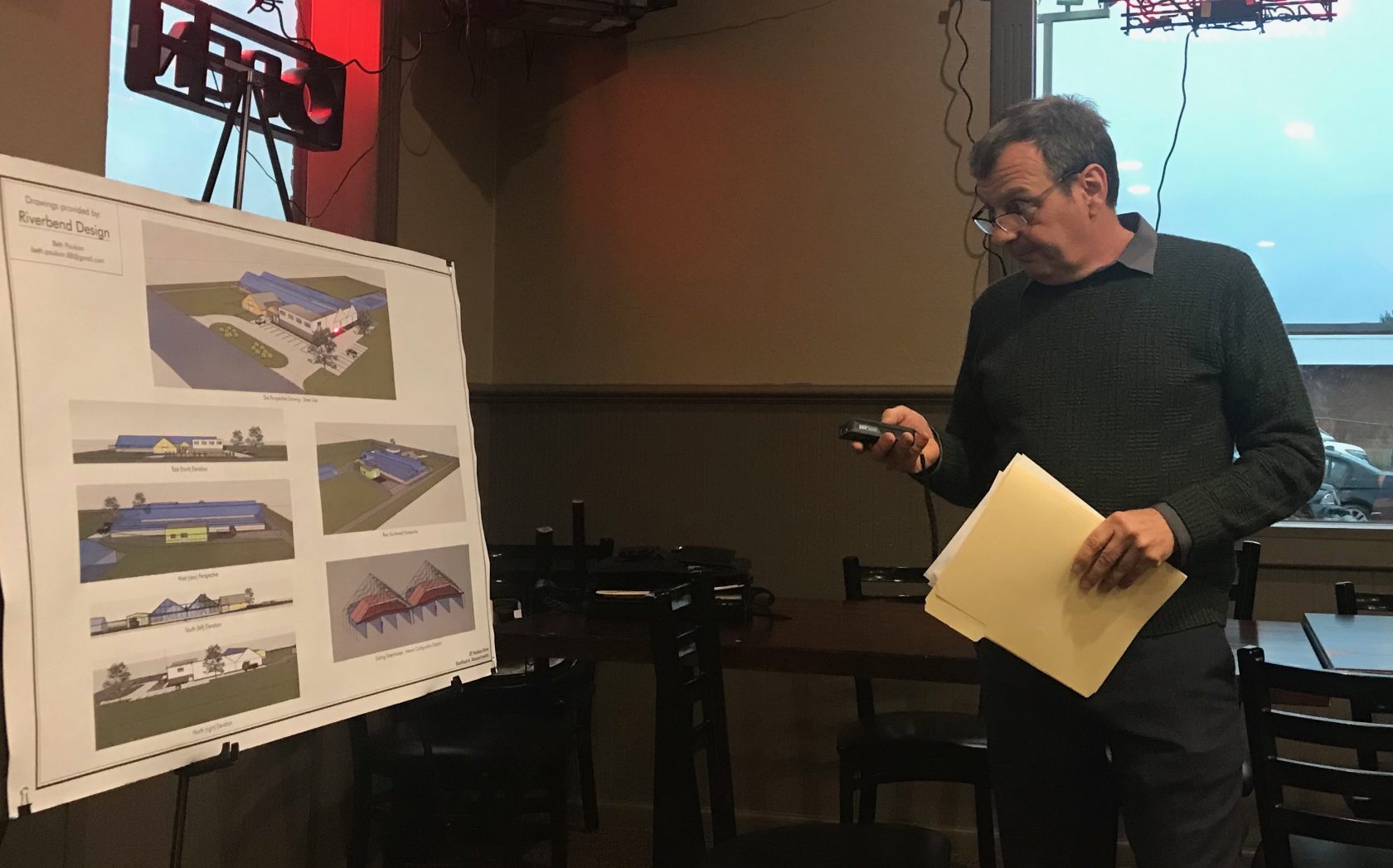 SOUTHWICK – An outreach meeting for a proposed recreational marijuana cultivation facility was held on Thursday night.

Required by the Massachusetts CCC (Cannabis Control Commission), the outreach meeting notified any abutters within at least 300 feet of the proposed business but was open to all.

Paul Dellatorre, owner of Southwick Greenhouses Inc., gave a presentation of his plan to attendees and town officials.

Dellattorre is looking to grow and produce recreational marijuana in his facility located on 27 Hudson Dr. that’s been growing roses in town since 1983. The existing greenhouse features 21,000 sq. ft., along with two outhouse buildings that are 2,000 sq. ft. and 1,500 sq. ft. The outhouse buildings will be used for processing and packaging the marijuana. There is also a mechanical room that includes irrigation, electrical, heating, and other utilities. 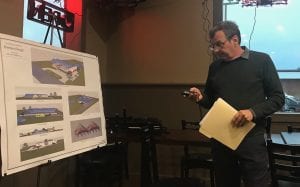 Paul Dellatorre, owner of Southwick Greenhouses Inc., is showing the outline of his plan at the outreach meeting at Roma’s Restaurant on Thursday night. (Photo by Greg Fitzpatrick)

In order to ensure the operation is secure, Dellatorre acknowledged that the outhouse buildings where the packaging and processing is taking place will only be accessed by specific employees who are responsible for those duties. All other workers or employees will be restricted from those areas.

Dellatorre also discussed the security systems that would be installed throughout the facility. The Cannabis Control Commission will have access to the surveillance system in order to watch the entire operation, inside and outside of the building. The Southwick Police would also have access to the camera system.

According to Dellatorre, an employee who has the title of Operations Manager will conduct security during the daytime hours of operation. The design of the building’s security will allow some employees to have full access while other employees only limited access. It was also mentioned that if a fire-related incident occurs, there will be a lock box available on site for the fire department and it’s a possibility that the police department could have access to a lock box as well.

“I think this will be a positive impact on the town, trying to hire locally,” said Dellatorre.

A big reason for an outreach meeting is to give the public the opportunity to learn more about the proposed project and ask questions or give their thoughts. The only abutter within 300 feet that attended the outreach meeting was Bill and Rita Vredenburg of 23 Hudson Dr.

Living very close to the proposed recreational marijuana cultivation facility, the Vredenburg’s were at the meeting as neighbors to Dellatorre’s business.

Dellatorre is also pleased with the way his plan has progressed, noting that it’s been revised several times.

The next step for Dellatorre is to have a continued public hearing on Tuesday with the Planning Board in order to see if the board will accept his site plan. If accepted, the CCC would have the authority to approve Dellatorre with a special permit.