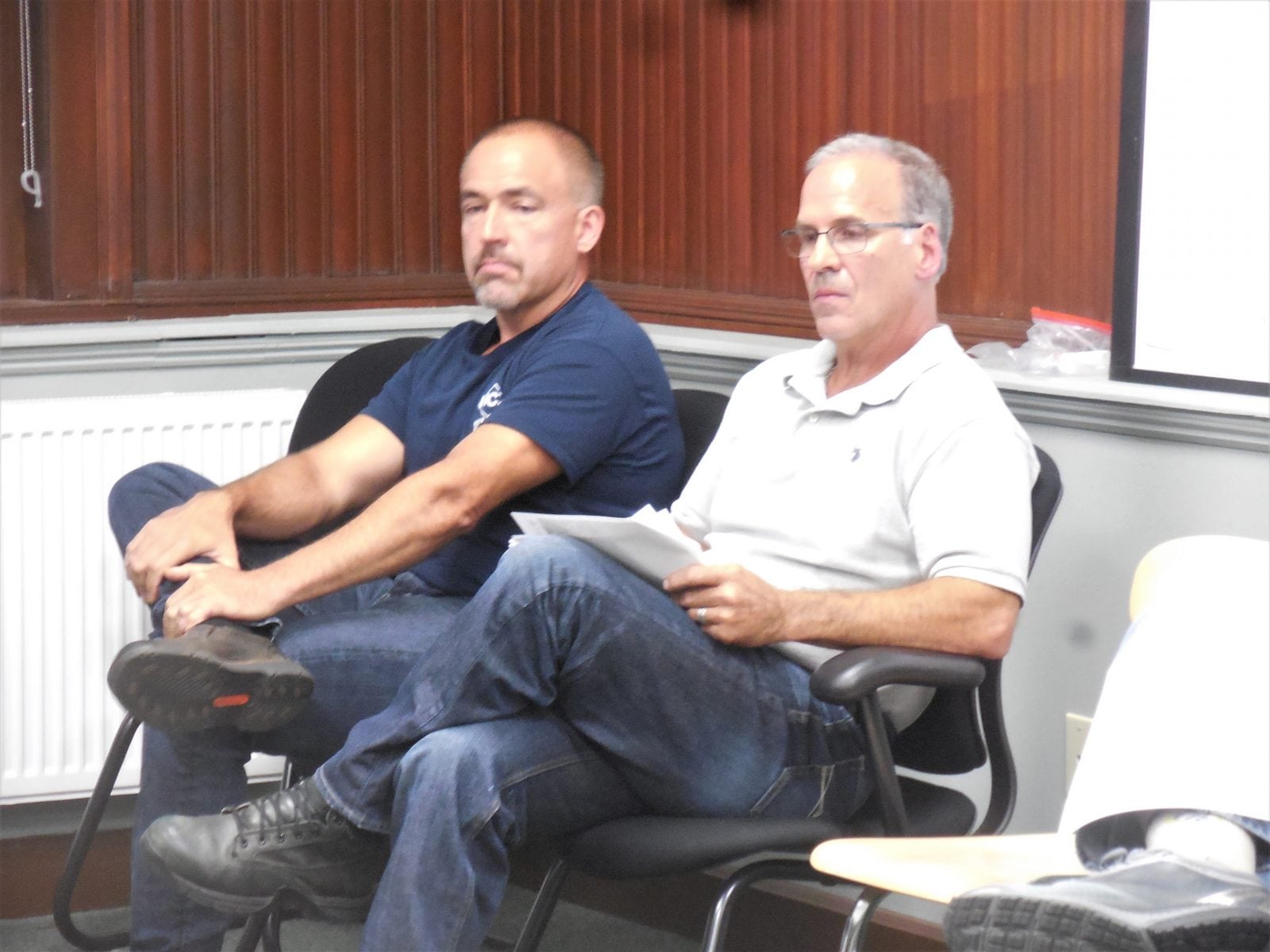 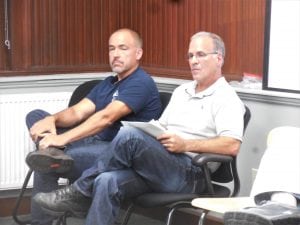 WESTFIELD – During a discussion on a marijuana ordinance at the Legislative & Ordinance committee meeting on Wednesday, prospective retail investors Marc Lichwon and Curt Gezotis expressed their frustration with the local process.
Before the L&O were two local marijuana items. The first was a resolution to accept a local option excise tax on the retail sale of marijuana at the maximum allowed by the state of 3%. L&O Chair Ralph J. Figy said this was the option for communities that voted in favor of retail sale, as Westfield did. He also said the resolution had been before the committee several times.
First Assistant City Solicitor Shanna Reed said as long as the resolution is accepted by the local action deadline set by the Department of Revenue, and before the tax rate is set, it would go into effect
“There’s nothing that says we can’t earmark the funds later on,” said At-large Councilor Dave Flaherty, who was in attendance at the meeting. Reed said it can be earmarked with a stabilization fund. Figy acknowledged that Flaherty will be meeting with Mayor Brian P. Sullivan for a proposal, and said the discussion on earmarking the taxes could take place after that.
L&O members, Councilors William Onyski and Nicholas J. Morganelli, Jr. agreed, and passed the motion.
The second ordinance, which deals with hours of operation and numbers of permits, already passed a first reading by the City Council in July on a vote of 11-0. The second reading and final passage at the meeting of August 16 was postponed at Flaherty’s request, asking that Zoning, Planning and Development, which he chairs, work together with L&O on how to select vendors.
Flaherty brought an amended version of the ordinance to the L&O meeting on Wednesday, which added a cap on the number of marijuana facilities at four. The previous version states not to exceed 20% of the number of licenses issued in the city for retail sale of alcoholic beverages, which he said was more variable.
In addition, Flaherty added three pages on the process of negotiating a community host agreement with the City of Westfield. Among the changes he recommended were giving preference to locally owned businesses for 50% of licenses, and to give the rest by random drawing. He also recommended a deposit of $100,000 prior to negotiating a host community agreement with the city, $10,000 of which would be forfeited if the vendor failed to get a license from the Massachusetts Cannabis Control Commission (CCC) within 180 days.
The proposed amendment also stated that host community agreements be negotiated by the Mayor and approved or denied by the City Council.
Figy recommended approving the ordinance as written due to its time sensitive nature, and proposing an amendment later on. He said whether there are four establishments or ten establishments, there would only be so much investment in the City, and it would just be divided up smaller. He also said that ordinances may be amended at any time, and three pages of changes were too much to consider at the meeting and would require a public hearing, to which Reed agreed.
Resident Curt Gezotis asked for permission to speak, and said the amendment would stall applications. He said the Commonwealth has a plan, and most businesses are waiting for communities “to get their acts together.” He said investors are investing hundreds of thousands of dollars, and the mechanism is in place to pay 3% for the host community agreement, and 3% excise tax, with mayors to negotiate host community agreements.
“Let’s move forward, knowing that the town does come up with an ordinance. Part of the application, which we’re 90% through, and we’re hundreds of thousands of dollars out of pocket; without a host community agreement, it does hold things up. We could be looking at this for months and months,” Gezotis said. He suggested the councilors look on the CCC site which has 50 applications listed for medical marijuana, all of which had to pay a $100,000 application fee.
“The vote was to regulate marijuana like alcohol. All the other deals trying to extort money is illegal. Every council wants to reap the benefits, but you won’t get any benefits if we don’t open up. CCC has been working for a year and a half setting these guidelines. I’m hoping that we could all just get along,” Gezotis said.
Marc Lichwan also spoke, saying that he is also an investor in medical marijuana, and originally worked with HEKA, who previously received a medical marijuana license from Westfield. “One thing, there could be four stores or ten stores. I agree you’ll get the same percentage of investors if you start with three stores. We’re about to finish purchasing the property. You could start with three stores now. You can certainly change this at any time,” Lichwan said, adding that he had a lot of money tied up with the other group. Lichwon also expressed doubt that this will be the goldmine that communities are suggesting.
The L&O committee voted to accept the amendment to add the limitation not to exceed four licenses within the city, with no vote on the additional amendments.
Gezotis and Lichwan said they are partners in the Cannabis Connection of Westfield, and plan to open a retail shop in the city. Lichwon said he had been working on this for three years already. They declined to give the proposed location of the business at this time.