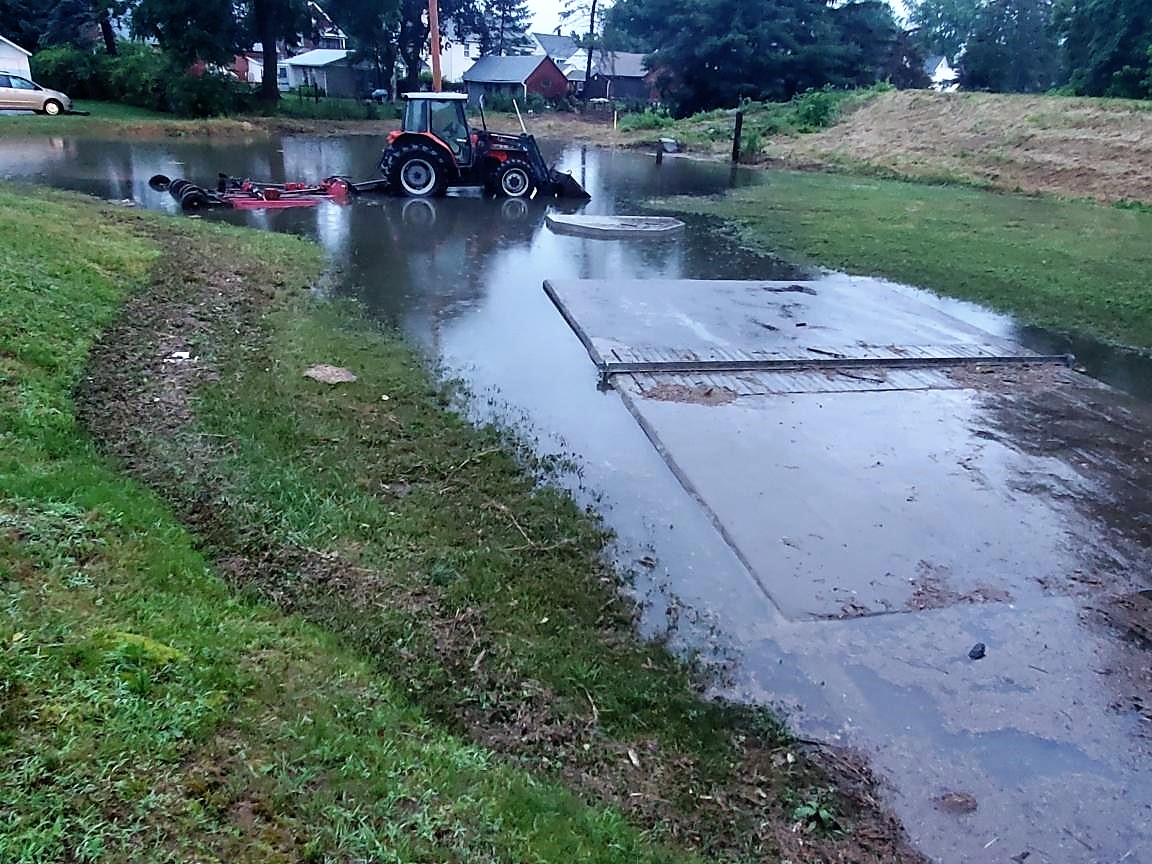 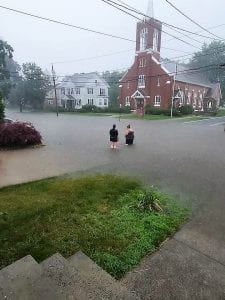 WESTFIELD – Downtown is dried out following widespread flooding July 1 when more than three-inches of rain fell in less than an hour.

While water rose quickly from East Silver Street to Union Street and many places in between, it also drained quickly thanks to the Williams Riding Way Flood Control Pump Station on Meadow Street.

Westfield Flood Commission Chair Albert Giguere Jr. said Friday morning that without the station, water would likely still be standing in many neighborhoods.

“It did its job,” he said of the station, which has two pumps that can pump out 25,000 gallons of water each per hour. “That’s why the water went downtown so quickly.”

The Meadow Street curve remained filled with water after most streets were clear because, Giguere said, the downtown area storm drains all push water to that point, which is the lowest in the city.

Giguere responded to several social media posts pointing to clogged storm drains for the flooding. Giguere said that was not the case. 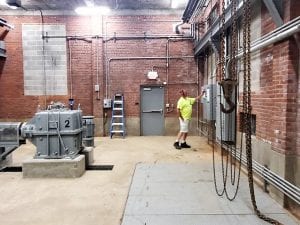 Giguere met DPW Assistant Supervisor Eric Lacombe at the pump station Thursday at the height of the flooding, along with other members of the Flood Commission. He said he was pleased with the response and the pump station activity. He said it could have been much worse without the station.

Giguere said many people recall the “Flood of ‘55” when there was no Little River Levee and water poured from Ponder’s Hollow down Broad Street into all of downtown. The pump station was still being built. He said Thursday’s flooding was “just from rainfall.” 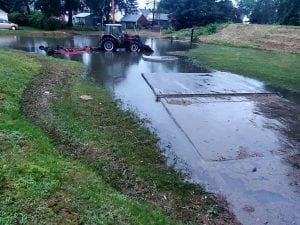 The pump station has a 12-foot deep chamber, which was filled during the fast storm plus another three-plus feet of water outside the station.

While the DPW and Flood Commission oversaw the pump station and draining of water, across the downtown area residents and motorists were dealing with the fast-rising water.

Daniel Matthew of Meadow Street helped several motorists who got stuck in the curve, which he has witnessed a few times.

“I have seen this happen a couple times in the past,” he said. “It did happen really fast. I own Day and Night Party Rentals of Westfield and happen to have a tent up ahead of time for a July 4th party and let the stranded people hang out in my yard under the tent so they wouldn’t get more wet.”

On State Street, Laura Jensen watched as water quickly took over her neighborhood. 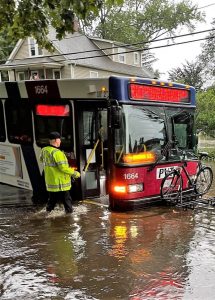 “This did happen once before in 2018 but not this bad, and the water level became that high within a half hour and took about four to five hours to go back down,” Jensen said. “We had DPW come out and clear the drains and by 9:30 p.m. the roads were clear again. My kids and the neighborhood kids have never seen a puddle so big so they had a lot of fun playing.”

Jensen said there were some vehicles practically swallowed up by the water.

“My father-in-law, my cousin, and myself helped pull a really sweet older couple out of the worst part of it when their Xterra stalled,” she said, noting they used a tractor to avoid an accident with other vehicles that were trying to get through.

“The water was up past my knees and I’m only five-foor-one-inch,” Jensen said. “I also cleared the drains twice to try and help the water flow a bit better but there was just so much in such a short time.”

Giguere said he was in constant contact with the National Weather Bureau throughout the storm and said he was happy the station did its job, noting that “the pumps have been run only a handful of times.”