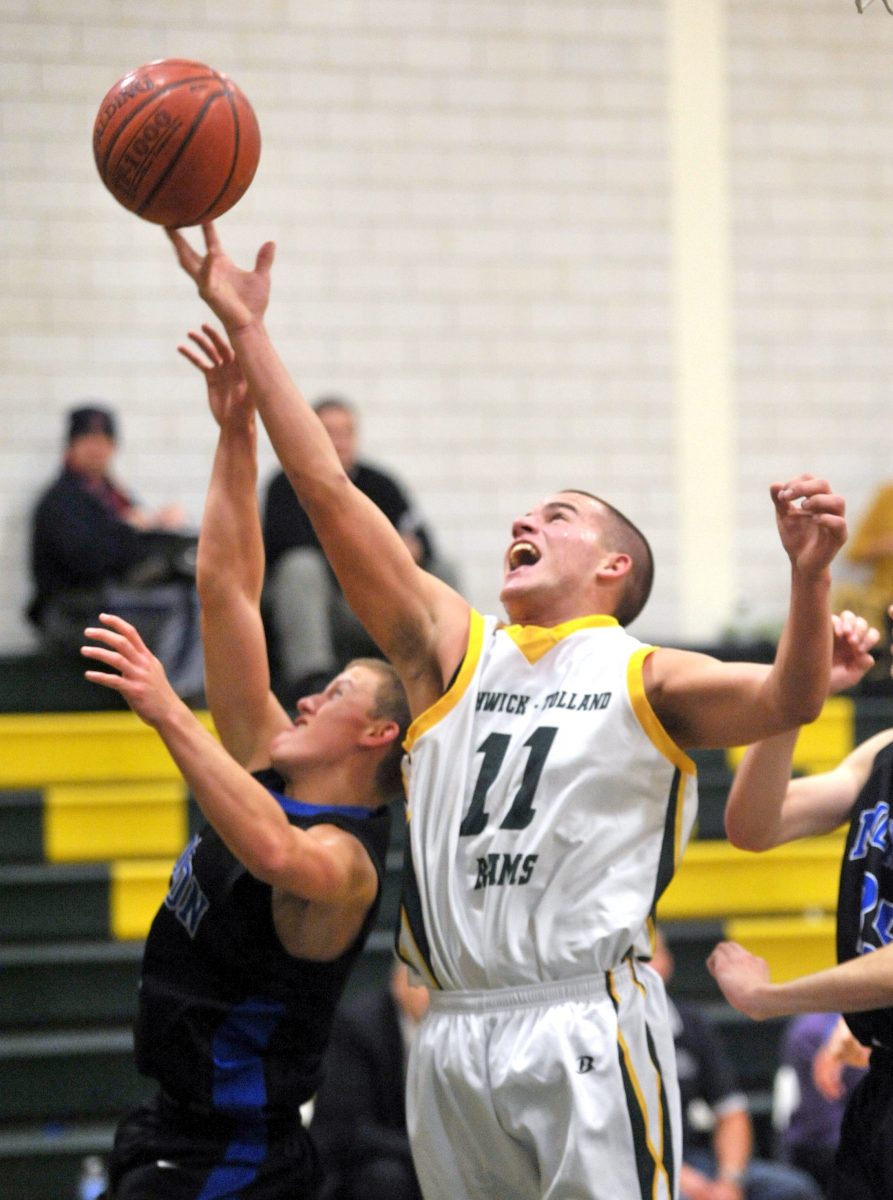 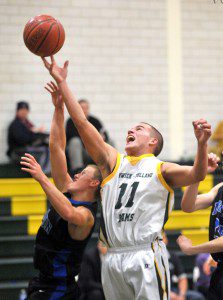 SOUTHWICK – The Southwick-Tolland Regional High School boys’ basketball hit its first snag under new head coach Andrew Burkholder.
Monson hit five second-half three-pointers – four in the third quarter – to defeat host Southwick 56-47 Monday night. It was the first loss for the Rams, who fell to 3-1.
“We’re just having trouble running our offense,” said Burkholder, who has continued to stress the team’s offensive woes throughout each of the team’s three victories. Southwick has beaten teams with solid defense.
“We competed,” he added. “We lost, but it’s not because of our defense.”
Southwick held Monson to just 18 points in the first half. Unfortunately for the Rams, they only scored 16.
In the third quarter, Southwick held Monson’s field goal percentage inside the three-point arc to a dismal low. But beyond the line, the Mustangs nailed four treys to take a 33-24 lead midway through the quarter.
Still, Southwick battled back as Vinny Fortini scored three two-point baskets and drained two free throws, and Mark O’Neill made 4-of-4 attempts from the foul line to bring the Rams within one, 37-36, entering the final quarter.
Palmer went on a 9-1 run to start the fourth quarter, muscling its way to the free throw line, where the Panthers made 4-of-6 free throws.
Southwick responded with five straight points – two consecutive baskets coming from Chris Turgeon – to draw the Rams within 46-42 midway through the quarter. But a deuce and a 3-point dagger from Luke Gonyea bumped Palmer’s lead back to nine, 51-42, with less than three minutes remaining. It proved to be enough.
Fortini finished with 15 points. Turgeon had 14.
“Each game is different,” coach Burkholder explained. “Whether it’s Vinny Fortini off the bench or Ryan Hurbert filling in, these guys have responded and played roles.”
Palmer’s Brendon Lloyd led all scorers with 16 points. He had 10 in the second half. Brien Couture finished with 12 for the Panthers.
STM HOOPS NOTE: The St. Mary High School basketball program will enjoy a double header Wednesday night on the road at Lenox. The Millionaires will host the Saints’ girls’ team at 6 p.m., followed by the boys’ game at 7:30.
WHS HOOPS NOTE: The Westfield High School boys’ hoops team will tip-off its season Tuesday night against Taconic at home, beginning at 7.
WVT HOOPS NOTE: The Westfield Voc-Tech girls’ basketball team will open the season at Southwick at 7.