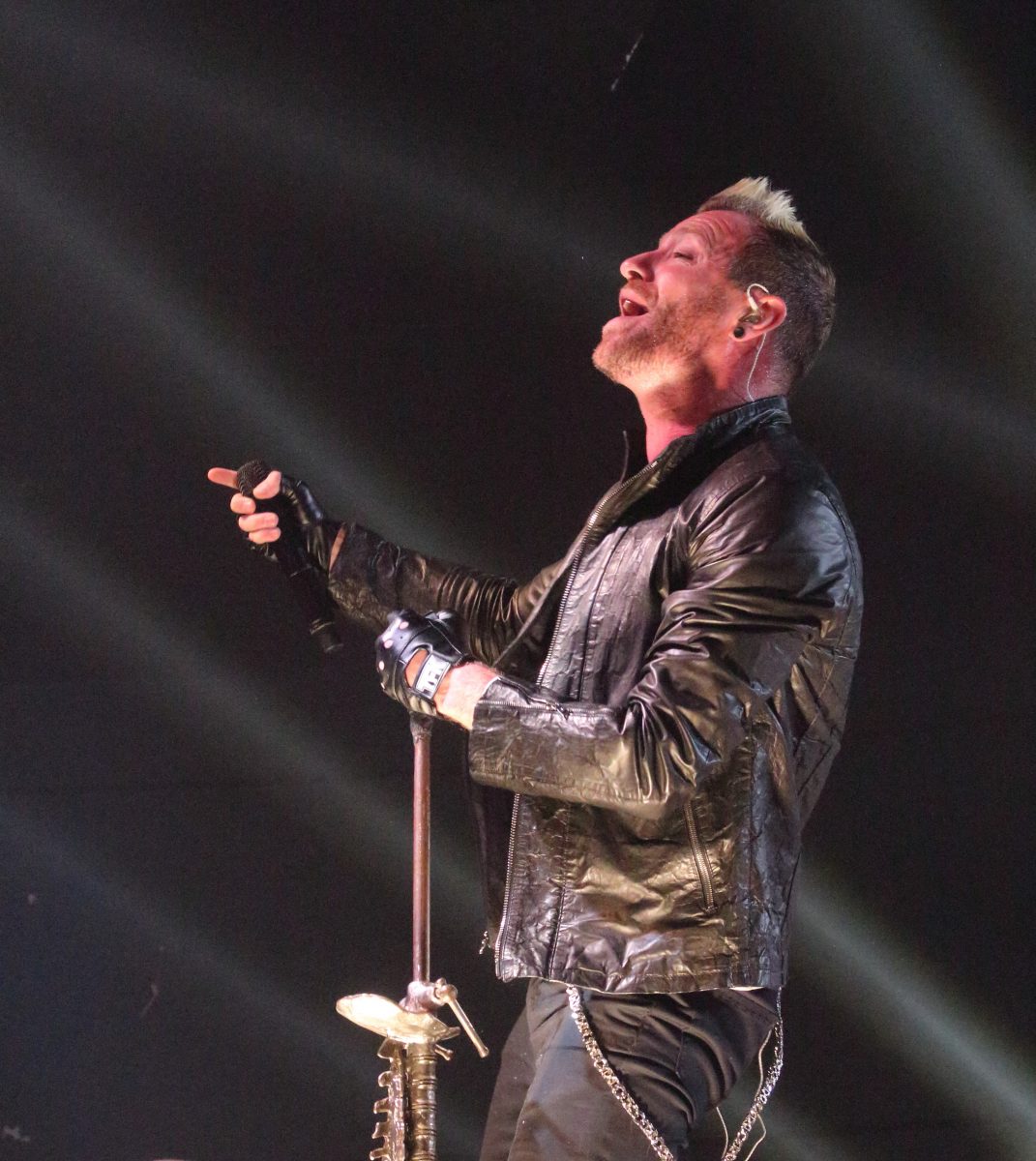 HARTFORD, Conn. – Thousand Foot Krutch or TFK as they are known by their fans, rawked The Webster Theater in Hartford Connecticut on Friday night. These Canadian Christian rawkers brought along fellow Christian bands We As Human and Righteous Vendetta.
The band is touring in support of their latest release, Oxygen:Inhale, their eighth full-length release and possibly their best-selling and highest charting. The first single of this release, Born This Way, is also the name of the current tour. TFK used a Pledge Music campaign to raise funds for the release and offered fans incentives to donate.
TFK came out around 9:30 and opened with a crushing version of Give it to Me, also from the Oxygen release. Then followed that with Light Up the Sky, The End is Where We Begin, This is a Warning and Courtesy Call… all of which are off their 2012 release The End is Where We Begin. Actually an interesting note, 12 of the 16 songs played on this night were from TFK’s last two releases.
The band, bass player Joel Bruyere, drummer Steve Augustine and lead Singer Trevor McNevan, were in excellent form on this night. McNevan has endless amounts of energy and was all over the stage while engaging the fans to sing along or scream louder. The rest of the set list also included a few songs from some earlier releases including Move, Falls Apart, Rawkfist (I know and go figure) and the finale Fire it Up.
We As Human came on right before TFK and played a great set of songs mostly from their latest full-length release entitled We As Human. Also a Christian metal band, WAH hail from Idaho and have been touring relentlessly over the last couple of years. Getting a lot of radio airplay for their song Take the Bullets Away, We As Human are gaining some positive reviews and by playing so many live shows are really building a solid and loyal fan base.
Righteous Vendetta, all the way from Cody, Wyoming, opened the show and played a really powerful thirty minute set. On this night most of the set came from their 2014 EP Defiance. Righteous Vendetta is just starting to get some recognition and by jumping on the right tour, we could be hearing more from this band… soon.
Mike Augusti’s Rawk Report provides live music reviews of local concerts in Massachusetts and Connecticut. Check out the Rawk Report on Facebook for more information. Feel free to reach out at [email protected]