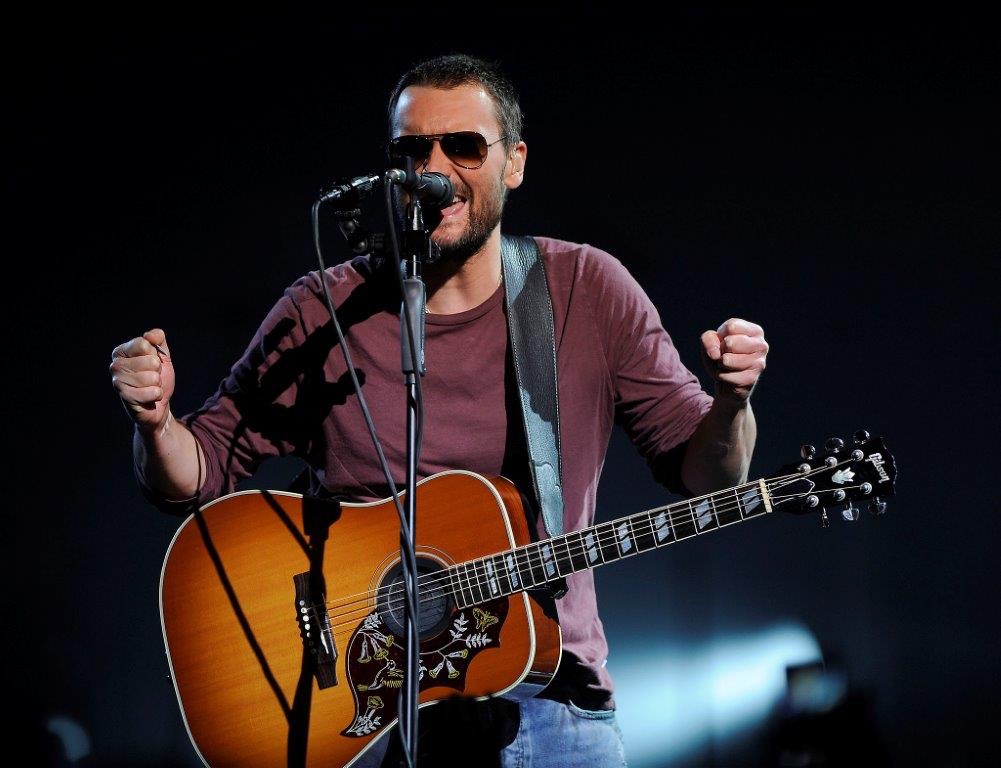 UNCASVILLE, Conn. – Country bad boy Eric Church made his way to Mohegan Sun for two nights this past Friday and Saturday while touring in support of his latest release, The Outsiders. Known for getting kicked off a Rascal Flatts tour in 2008 for playing too long, Church had this Saturday to play as long as he wanted to… and that he did.
Church came out to a massive stage that covered almost half of the arena’s floor. As the band started to play, the drummer was lowered from a video cube above the stage as this was a great start to the concert. Church walked out on stage in jeans, t-shirt, sunglasses, but no trucker hat. He opened with the title cut from his most recent release, The Outsiders, much to the crowds delight. This was the start of a 24-song set that ended very close to midnight.
After running through a couple more songs, Church mentioned the last time he was at Mohegan, he played for about seven people over at the Wolf Den back in 2007. With that comment he let a longtime fan from audience pick his next song to play. She picked, The World Needs a Drink, which Church actually wrote for country singer Terri Clark, but never performed live. He gathered the band around the drum set and played the song, yet shaking his head like they couldn’t pull it off.
Backup singer Joanna Cotton went toe-to-toe with Church on the song That’s Damn Rock & Roll, each belting out the chorus in unison. Except for the band, Cotton was the only backup singer on the stage. The song Dark Side had all the stage lights out except for some hanging light bulbs that added to the mood of the song. The next surprise of the night came in the form of a giant inflatable devil with glowing eyes that stood about 50 feet high and rotated while the band played Devil, Devil. I couldn’t decide if it was cool or cheesy, so we’ll just leave it alone. Devil, Devil was promptly followed by Country Music Jesus.
The rest of the set had the fans singing and dancing along with the likes of Like a Wrecking Ball, Roller Coaster Ride, These Boots Left to Fill, Springsteen and lastly Those I Loved.
Church gave the crowd a lot more than they could have asked for: two full hours of country music. Not many artists are playing full two-hour sets these days and Church did it with very little interruption. This was a memorable show for an artist that continues to walk the line of Country and Rawk… and pulls it off.
Country legend Dwight Yoakam opened the show with a 50-minute set of country standards including a slowed down version of Ring of Fire. Yoakam had a full band with a stripped down bare bones light and stage show. This set was all about the music for Yoakam.
Mike Augusti’s Rawk Report provides live music reviews of local concerts in Massachusetts and Connecticut. Check out the Rawk Report on Facebook for more information. Feel free to reach out at [email protected]