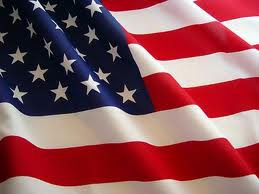 WESTFIELD: Raymond R. Jasmin, Sr., 85, passed away peacefully at home surrounded by his loving family on September 14, 2014. He was born in Westfield to the late Wilfred and Violet (Lawton) Jasmin and attended Westfield Schools. Ray served his country with the United States Army from 1951-1952 during Korea. Ray was a truck driver for Commercial Distributors for 28 years, retiring in 1991. He was a member of the First Congregational Church in Westfield, American Legion Post 454 and a former member of the Moose and Elks Lodges in Westfield.

Ray’s family would like to thank the staff at Noble Hospice for their wonderful care and support shown to him and his family. Ray’s funeral will be held on Wednesday, September 17, 2014 with a service at 11:45AM. Burial with Military Honors in the Massachusetts Veteran’s Memorial Cemetery, Agawam. A Visiting hour will precede the service from 10:30-11:30 AM. Contributions in Ray’s name may be directed to the Shriner’s Hospital for Children, 516 Carew St. Springfield, MA 01104 or to the St. Jude’s Children’s Research Hospital, 262 Danny Thomas Place, Memphis, TN 38105. www.firtionadams.com.