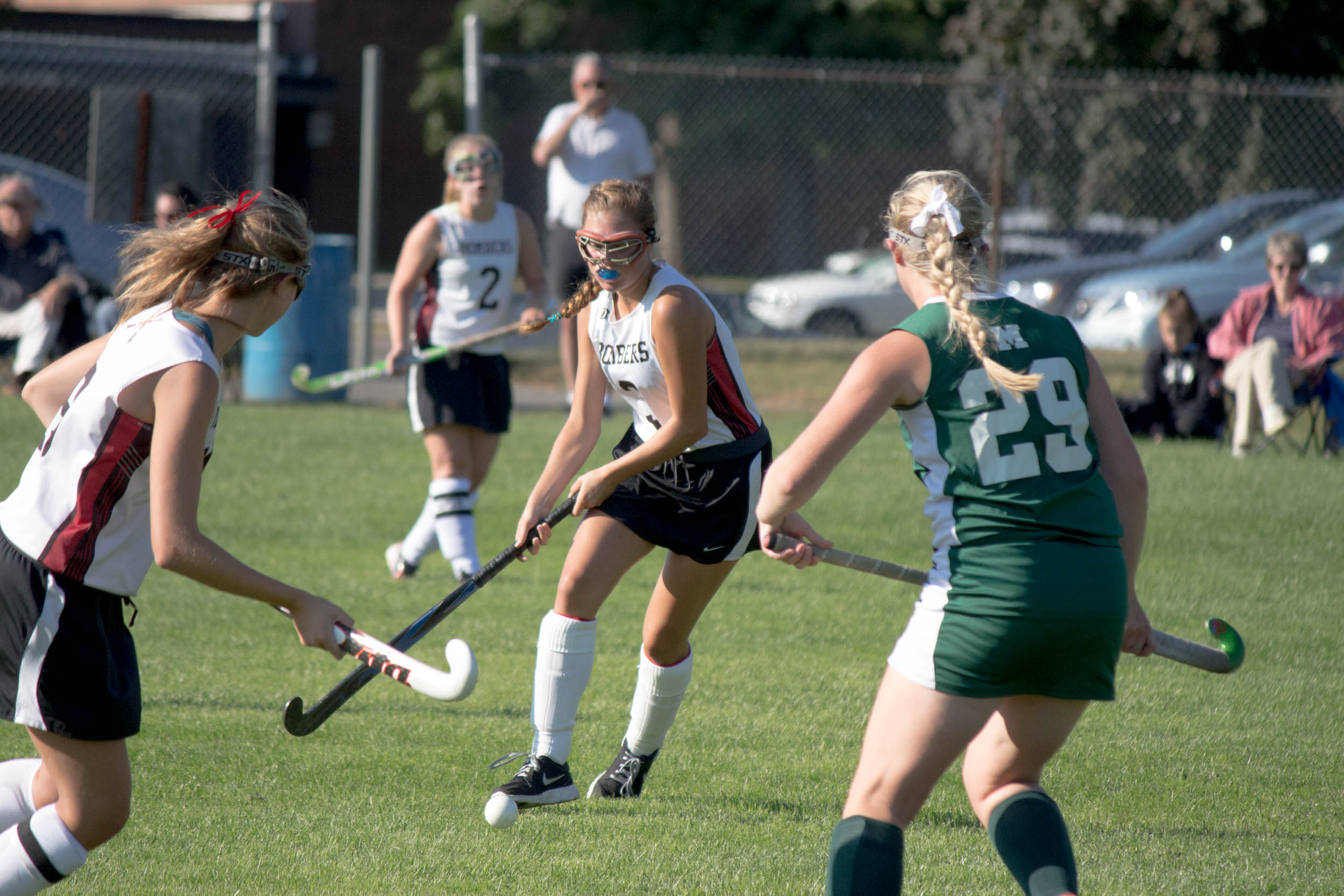 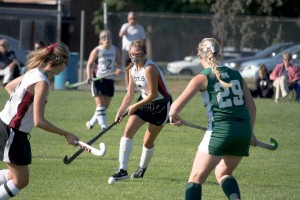 WESTFIELD – Leighanne Sullivan put Westfield out in front of Minnechaug at home Monday in a high school field hockey game, but the Falcons scored three unanswered goals en route to a 3-1 victory.
Liz Marcyoniak assisted on Sullivan’s score.
Minnechaug outshot Westfield a whopping 36-3. Bombers’ goalie Karly Mastello came up with 29 saves.
“Karly was rock solid,” Westfield coach Karen Gomez said. “Minnechaug dominated the game. Karly really kept us in (it).”
Westfield was playing without one of its key players due to an excused absence.

JV RESULTS
Westfield 2, Minnechaug 0
The JV squad has definitely elevated its game.
The JV Lady Bombers have stepped it up and won their last three field hockey games.
After a disappointing 5-0 home loss to Longmeadow a week ago, Westfield found its chemistry to beat both Amherst and Southwick, 3-0, on the road Thursday, and Friday. The Bombers returned to their home field Monday and rallied for a 2-0 win over Minnechaug.
At Amherst, the score was tied 0-0 at the half. In the second half, Diana Shia scored the first goal of the game at 28:48 unassisted. Maddie Fortier then also scored an unassisted goal at 5:55 to make the score 2-0. The last goal of the game came from an incredible full field drive by Hannah Jarvis who passed it across to Shia who nailed it into the cage with 28 seconds remaining on the clock. The final score was 3-0. Westfield goalkeeper Gwen Smith had three saves.
At Southwick, Fortier started off the scoring quickly, netting the first goal of the game at 22:38 on a feed from Shia. Kelsey Oleksak added the second goal at 18:48 unassisted. The last goal of the game came off the stick of Moira McDonald who received a great pass from Kailey King. Another 3-0 final and shutout for Smith, who had one save.
In the latest victory, Westfield scored a goal in each half to beat visiting Minnechaug 2-0.
In the first half, Maddie Fortier scored at 16:23 with an assist from Fiona Cioch. In the second half, Grace O’Connor passed off to Kelsey Oleksak who went to goal at 10:36 to give the JV Lady Bombers the 2-0 lead and ultimate victory. Goalkeeper Gwen Smith had a busy day in goal making 21 saves on 21 shots. Several players contributed to the win with extra noteworthy impact play coming from Julia Visconti, Mia McDonald, Diana Shia, and Moira McDonald.
“Every time these girls step on the field, they are displaying improved stick skills and better position play,” Westfield JV coach Linda Rowbotham said.”I am thrilled that they have come together and are working as a cohesive team.”
Westfield is off to a fantastic 5-1 start.