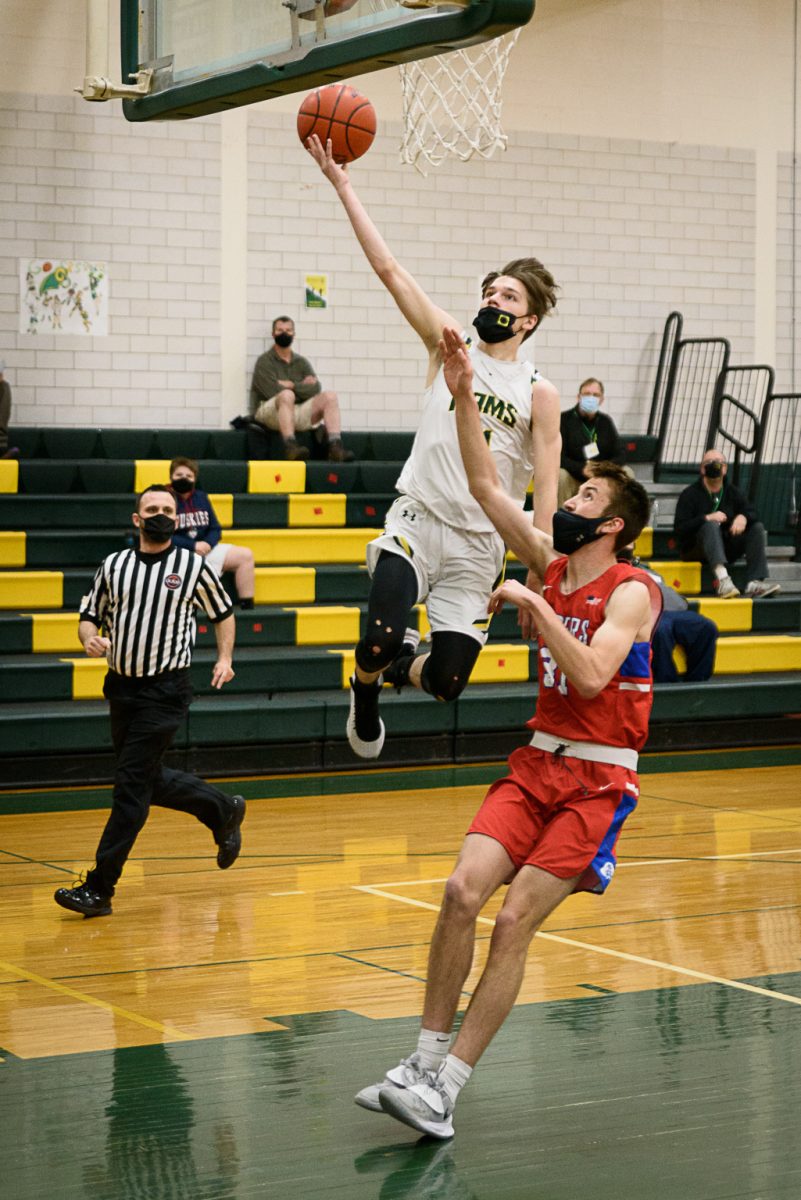 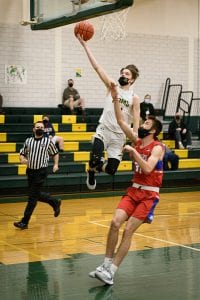 SOUTHWICK – For the Southwick Regional High School boys basketball team, the third quarter of Monday night’s game against Hampshire definitively was a charmed one. Unfortunately for the Rams, the Red Raiders came out red-hot and never looked back.
Hampshire built a 38-17 lead through the game’s first two quarters and cruised to a 63-47 win over host Southwick Monday evening. The Rams outscored the Red Raiders 21-11 in the third quarter.
“We didn’t play very well in the first half and we didn’t play with a lot of energy, we didn’t play with a lot of effort,” Southwick boys basketball head coach Pete Fiorentino said.
Hampshire closed out the first quarter on a 13-0 run. Justin Forest and Kyle Dale each converted 3-point shots for the Red Raiders during the run.
Despite two 3-pointers from Grayson Poole and one from Leighton Billings in the second quarter, Hampshire continued to build on its lead. Jamil Rodriguez made a nice and-one, Dale popped a three, and the Red Raiders closed out the half on a 8-0 run.
Southwick came alive in the third quarter. Nick Michael and Billings made 3’s. Billings also made two free throws, and Michael made four straight foul shots to end the quarter. The Rams trailed 49-38.
Southwick had a few chances to cut the lead to single digits throughout much of the fourth quarter, but settled for long-range jump shots that fell just short. A couple of controversial offensive fouls also wiped out two baskets by the Rams.
“I thought our third quarter was a lot better,” coach Fiorentino said. “I thought they showed a lot of resolve, a lot of fight, a lot of effort in the fourth quarter as well. We just dug ourselves too deep of a hole.”
Forest (19 points), Miles Lance (14), and Rodriguez (10) each finished with double-digits in the scoring column for Hampshire. Southwick’s Michael had 11, and Rams’ Billings and Poole had 10 apiece.