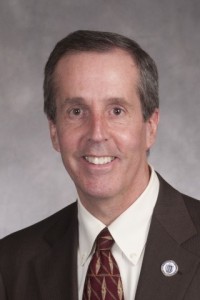 WESTFIELD – The toll free ride for western Mass. commuters ended in October, when the tolls for Exits 1 through 6 were reinstated on the Massachusetts Turnpike after a 17-year hiatus.
Now, a new proposal to create a discounted annual toll pass for people who drive the Massachusetts Turnpike frequently would give residents of the communities serviced by Exits 1 through 8 the opportunity to purchase a $50 pass for a year of unlimited rides within those exits on the Pike.
The bill, sponsored by Representative William “Smitty” Pignatelli (D-Lenox), was brought before the House and Senate in a joint session earlier this month, and has bipartisan support.
“It’s going to affect everybody,” said Pignatelli, who represents Blandford, Chester, and Tolland in his 4th Berkshire District. “We’re becoming a more mobile society. Driving an hour to work everyday is not unheard of today.” 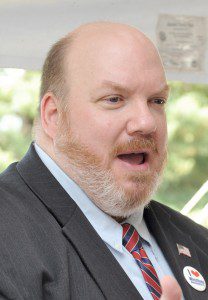 “It’s based on your driving habits and divides the highway into zones.” he said. “These are also the same rates that the Massachusetts Department of Transportation (MassDOT) gives to drivers who carpool.”
Pignatelli added that the key to earning the carpool rate is that three people must be present in the vehicle, but that he knows of many constituents who make arduous commutes alone.
“I met a woman from Lee who works as a nurse at Bay State in Springfield,” he said. “She pays hundreds of dollars a year to get from Exit 2 to Exit 6.”
Pignatelli said that Rep. John Scibak (D-South Hadley) told him of one of his constituents who commutes from Easthampton to her job in the Berkshires every day.
“It’s a very fair proposition,” said Pignatelli. “But it’s based on your driving habits. If you’re a nurse whose driving everyday, it’s great. If you’re just driving to the Holyoke Mall once a month, not so much.”
Despite the support of 21 members of the state legislature, Pignatelli said that MassDOT Secretary Richard Davey is not in favor of instituting the passes.
“I didn’t want to file the legislation initially because I thought MassDOT would institute something like it,” he said, adding that he spoke with Davey on the matter. “He said ‘I don’t like discount programs’ and when I asked about the discounts given to Boston residents, he didn’t give me an answer.”
Pignatelli was referring to residents of Chelsea, as well as the Boston neighborhoods of Charlestown and East Boston, who pay reduced rates with their Fastlane transponders to utilize the Tobin Bridge and the Callahan, Sumner, and Ted Williams tunnels in the city.
“People in Chelsea and Charlestown pay 30 cents to travel that bridge (Tobin), people in East Boston pay 40 cents for the tunnels, while you and I pay $3 for the Tobin and $4 to go through the tunnels,” he said. “So the idea with discounts isn’t unheard of. I just want them to give us the same benefit as Boston.”
State Senator Don Humason, Jr. (R-Westfield), supports the bill and believes it is a way of sending a message to the State House in response to hikes in the Commonwealth’s gasoline tax and the reinstitution of the tolls.
“We felt that, after the tolls and gas tax went in, that western Mass. was just getting hit again,” said Humason. “There are many commuters (in western Mass.) who use the Pike for work and family, and this pass would be a way of mitigating the gas tax and the tolls.”
“The whole point of offering discounts is to incentivize the use of the turnpike,” he said. “It would just help people who use the pike to commute.”
Reacting to Pignatelli’s bill, MassDOT said they recently secured a revenue package to “fund critical infrastructure improvement projects across the Commonwealth.”
“While the final package was approximately half of the initial proposal, there are concerns over additional measures that seek to reduce the amount of revenue the agency is able to generate,” said Spokesman Michael Verseckes. “If successful, these measures would disrupt our ability to continue tackling the extensive backlog of necessary infrastructure upgrades.”
Verseckes listed the expansion of discount toll programs, and a move to repeal the indexation of the gas tax to inflation, as measures that, if passed, “would jeopardize the purchasing power of that revenue source over the long term.”