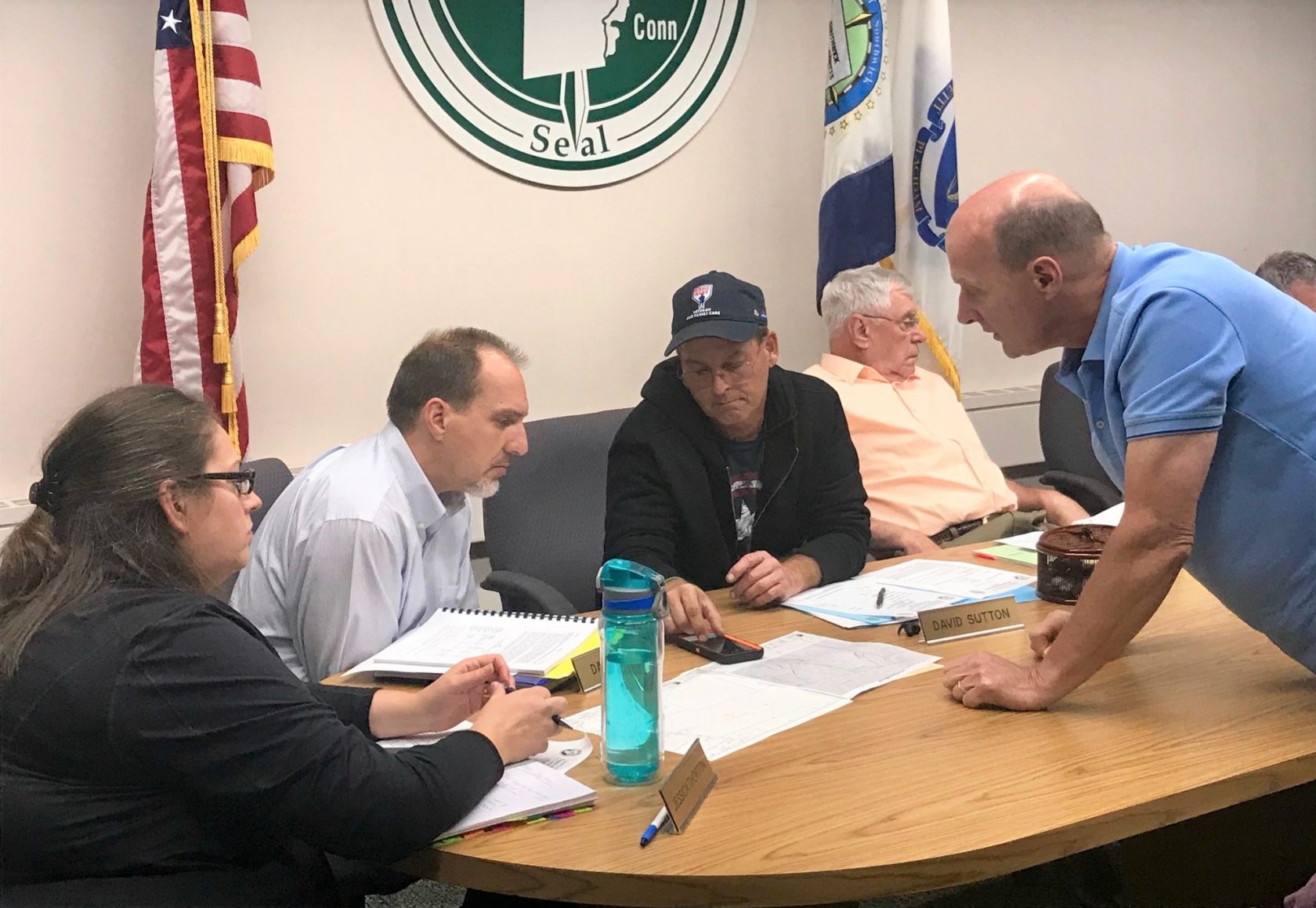 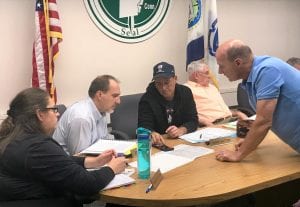 SOUTHWICK – The Planning Board Tuesday discussed the town’s solar bylaws and potential changes that could benefit residents.

Robert Baker of Will Palmer Road said he hoped the board would consider changing the current bylaw to allow for residential large-scale ground-mounted solar arrays. Currently, large solar arrays are allowed only in industrial and commercial business zones.

Baker owns and operates his family’s sawmill and said he has space behind his business that would accommodate solar and remain hidden from view.

“You could only see it with a plane or drone,” Baker said.

He added that there is already three-phase power at the site, which was installed in 1967, and the array could tap into that.

Baker said business is not what it used to be, and the array would allow him to keep the sawmill going.

“We used to have five guys and we’re down to one part-time,” Baker said. “We’re hanging in there, but I don’t know for how long.”

Baker said he has land that is “doing nothing” and could be used to generate income.

Select Board member Douglas Moglin sat in on the discussion and said there have been multiple requests from residents to allow for large-scale solar on residential property.

“We have been approached by land-owners outside of the industrial/commercial zone,” said Moglin. “And we will look and say it’s (zoned) R-40 and you can’t.”

Moglin said he knows the zoning itself cannot be changed because it would create “spot zoning,” but said language of the regulations could be updated to allow for certain size arrays on certain sizes of land.

Moglin said if these homeowners cannot install solar arrays, they would likely sell the land.

“The other alternative is you’ve got some larger tracts that will go in another direction – most likely subdivisions,” Moglin said.

Resident Robert Grimaldi, who owns land on College Highway, also approached the Planning Board this week with a similar request.

Planning Board member Marcus Phelps said he was watching the Town of Blandford carefully because it is currently in the process of creating solar bylaws in residential areas.

Doherty also said he wanted to “see what’s out there and how it would apply.”