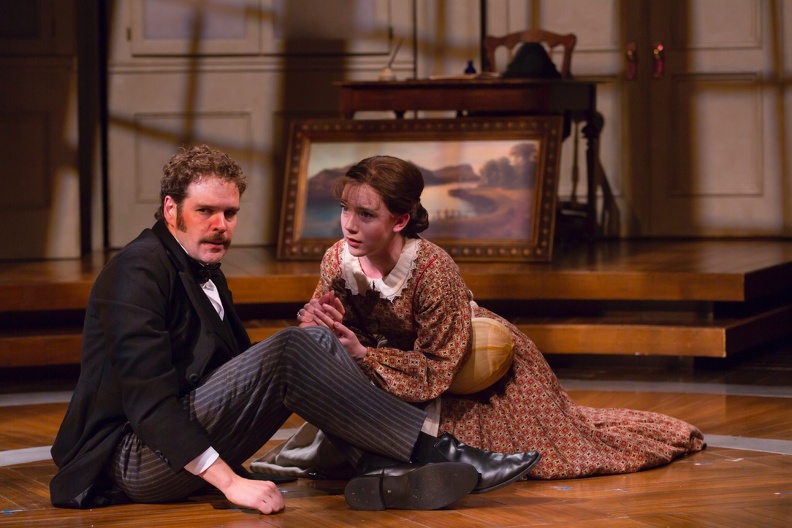 HARTFORD – Hartford Stage opens its new season with a new play “Ether Dome”, which it commissioned from playwright Elizabeth Egloff. A co-production with three other important regional theatres (Houston’s Alley Theatre, California’s LaJolla Theatre, and Boston’s Huntington Theatre), and staged by former Hartford Stage Artistic Director Michael Wilson, “Ether Dome” is the true story of the tragic Hartford dentist, Horace Wells, whose short and twisted life is the kind of “ripped from yesterday’s headlines” tale that could be turned into riveting theatre or a powerhouse of a movie.
Horace Wells (Michael Bakkensen) discovered the use of nitrous oxide (laughing gas) as an anesthetic, and changed the shape of modern medicine, but he lived a short and tragic life. When he took his research to the prestigious Massachusetts General Hospital, and performed a dental procedure, the gas didn’t work, and Wells was jeered at by his colleagues and the creme de la creme of Boston’s medical world. His dental student turned partner, William T.G. Morton (Tom Patterson), became known for the use of ether. Discredited, Wells lived in Europe for a while,and returned to the U.S. addicted to chloroform. While under the influence, he committed a heinous crime. When he came to his senses, and realized what he’d done, he committed suicide in 1848. Meanwhile, Morton, who isn’t as he appears, uses Wells’ work along with that of a chemist to profit from providing painless surgery. He puts the bottom line before the greater good.
Egloff, a Hartford native, writes a panoramic script which is historically accurate, full of references to Hartford and Boston communities, and laced with occasional humor. Michael Wilson’s direction keeps the momentum going, although at three hours, some cutting could have given the evening a tighter edge. 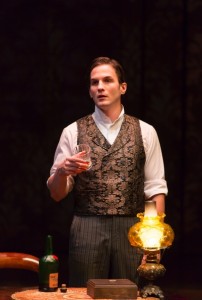