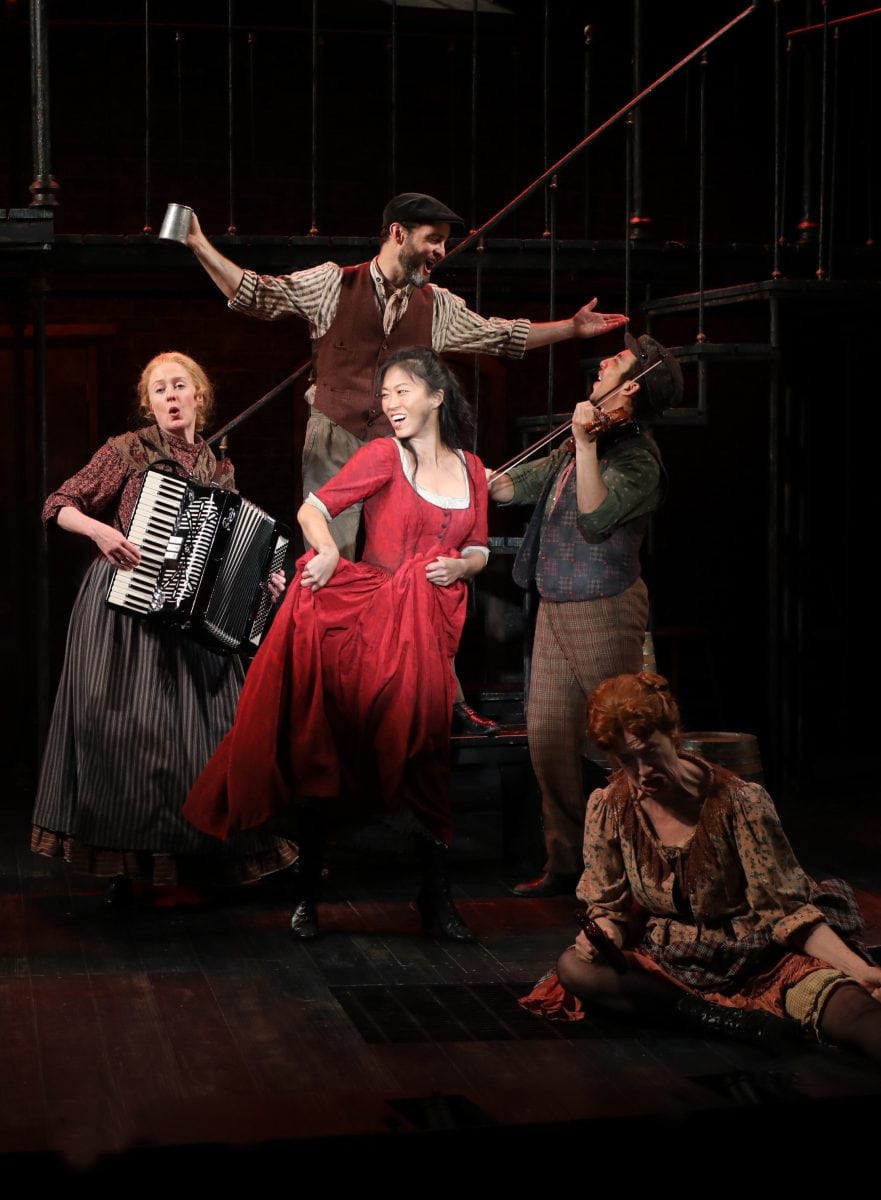 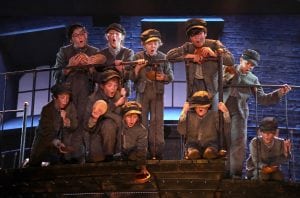 I have a special bias towards Oliver!, Lionel Bart’s musicalization of Charles Dickens’ Oliver Twist, now spending the summer at Goodspeed. Oliver! was the first theatre production I ever did, at the tender age of 12, playing one of the older characters. It was also the last theatrical production I did, some 16 years later, finally getting the chance to play the 12 year old Dodger. I haven’t seen Oliver! since, so I was really excited to have the chance to see how it and I have aged, and how Oliver! would fare in the hands of director Rob Ruggiero, whose staging of Rags, Fiddler on The Roof, and La Cage Aux Folles at Goodspeed have been landmarks for me.

I took my pal Ben Jacek with me to see Oliver!. It was his first trip to Goodspeed, and he’d never seen nor heard of Oliver!, either the stage version, the popular film adaptation, nor the source material. “I really liked Goodspeed and the production, which was very entertaining and the actors were amazing. The songs were really cool to watch and to listen too as well. I really liked the ending because it was different that what I was expecting it to be”. 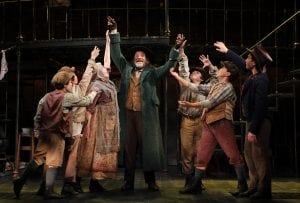 “You’ve Got to Pick a Pocket or Two” The cast of Goodspeed Musicals’ Oliver!, now playing at The Goodspeed through September 13. Photo by Diane Sobolewski.

I’d forgotten how well-crafted Bart’s script is, punctuated by a score that has some pop standards that go back to my teen years, among them “As Long As he Needs Me”, beautifully rendered by EJ Zimmerman as the tragic Nancy, who falls prey to an evil  partner. Then, “Consider Yourself”, an anthem of camaraderie put over delightfully by a group of young actors.

Oliver!, a huge hit in London, was imported to Broadway in 1963, where it became a bigger hit, after playing tryouts in Los Angeles, and San Francisco. When David Merrick, the impresario, opened Oliver! in New York, it starred Clive Revill, a British actor imported by Merrick to star in another British hit, Irma La Douce, and Georgia Brown, the West End star who reprised her role on Broadway. The Artful Dodger was played by Davy Jones, who became a member of the pop group The Monkees. The cast of Oliver! appeared on The Ed Sullivan Show on the same night that The Beatles invaded America. Oliver! won three Tony Awards, including “Best Score” 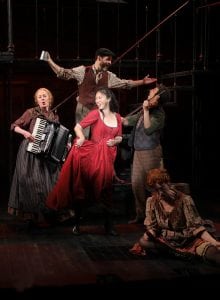 With a large cast of kids onstage, it would have been easy for Ruggiero to go for the cuteness quotient, but his staging is so balanced, and he’s able to blend the enthusiasm of some of the young performers–an excellent Elijah Rayman a Oliver and a terrific Gavin Swartz as the Dodger, with the darker characters, from the manipulative Fagin, well played by Donald Corren to the villanus Bill Sykes, played by Brandon Andrus. Michael O’Flaherty’s musical direction is superb, and James Gray’s choreography is spirited.

Ben was totally enthused. “I loved the production I thought that it was a very beautiful set and that it worked very well for the stage. The sound effects were very cool. I would totally recommend this to a friend. The performance was amazing to see and the production was executed flawlessly.”. I have to agree.

Benjamin Jacek is a student at The University of Wyoming, a recent graduate of Minnechaug Regional High School,and a member of the Mark G Auerbach Public Relations social media team, where he’s worked on projects for The Capitol Steps, Berkshire Film and Media Collaborative, and The Big Broadcast!.