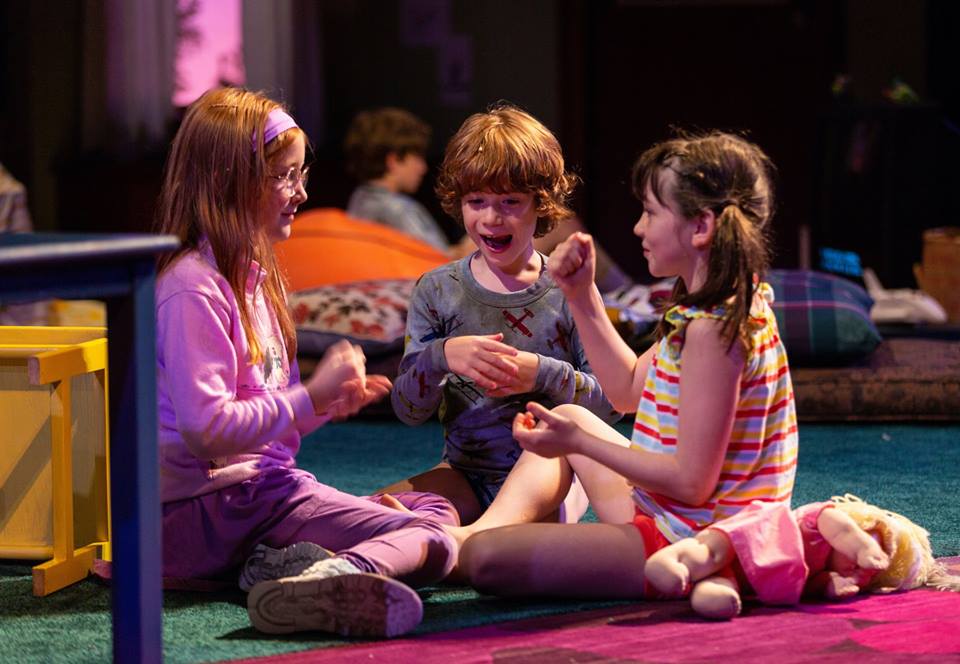 Hartford Stage opens its new season with a world premiere, which is not unusual for the theatre that introduced A Gentleman’s Guide to Love and Murder and Anastasia to Broadway, and Rear Window, Ether Dome, The Age of Innocence, and The Body of an American to regional audiences in recent seasons.

What makes Bess Wohl’s Make Believe different than the other new works at Hartford Stage, or other theatres, for that matter, is the fact that it’s the story of a quartet of children, set in the 1980s, played by professional child actors.. We’ve seen other kids onstage, most recently in Goodspeed’s Oliver!, but the kids in Make Believe, all essential parts of the play, experience the loss of innocence and coming of age emotions without song and dance. 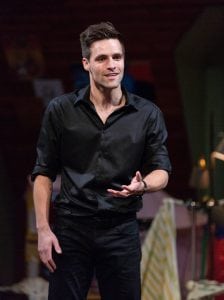 Bess Wohl’s play is witty, downright funny at times, and laced with poignant emotions, as this quartet of siblings experience a traumatic event, which changes the framework of their family and their relationships with each other. Their coping skills vary, but in the play’s second half, set in the present, the adult children return to their childhood home, brought together by another traumatic family experience. We see how these kids, now adults, were shaped by the first experiences, and how they’ve changed, for better or worse. Wohl has created characters with heart and soul, and they’re likeable even when they could be behaving better.

Jackson Gay’s staging is smooth, and she gets great performances from both the child actors, Roman Malenda, Alexa Skye Swinton, RJ Vercellone, and Sloane Wolfe, all terrific. The adult cast, are equally terrific. You may recognize Chris Ghaffari from Hartford Stage’s Romeo and Juliet, and Megan Byrne from TheaterWorks’ The Wolves. I especially enjoyed Brad Heberlee’s adult Carl, in juxtaposition with RJ Vercellone’s child Carl. 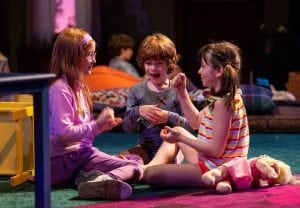 Make Believe is a play with children but not for children, and the sibling revelry, not always harmonic, is rich. I suspect this new play has great promise in other theatres, if they can find child actors as professional as these, and a director like Jackson Gay, who has coaxed great performances from them.