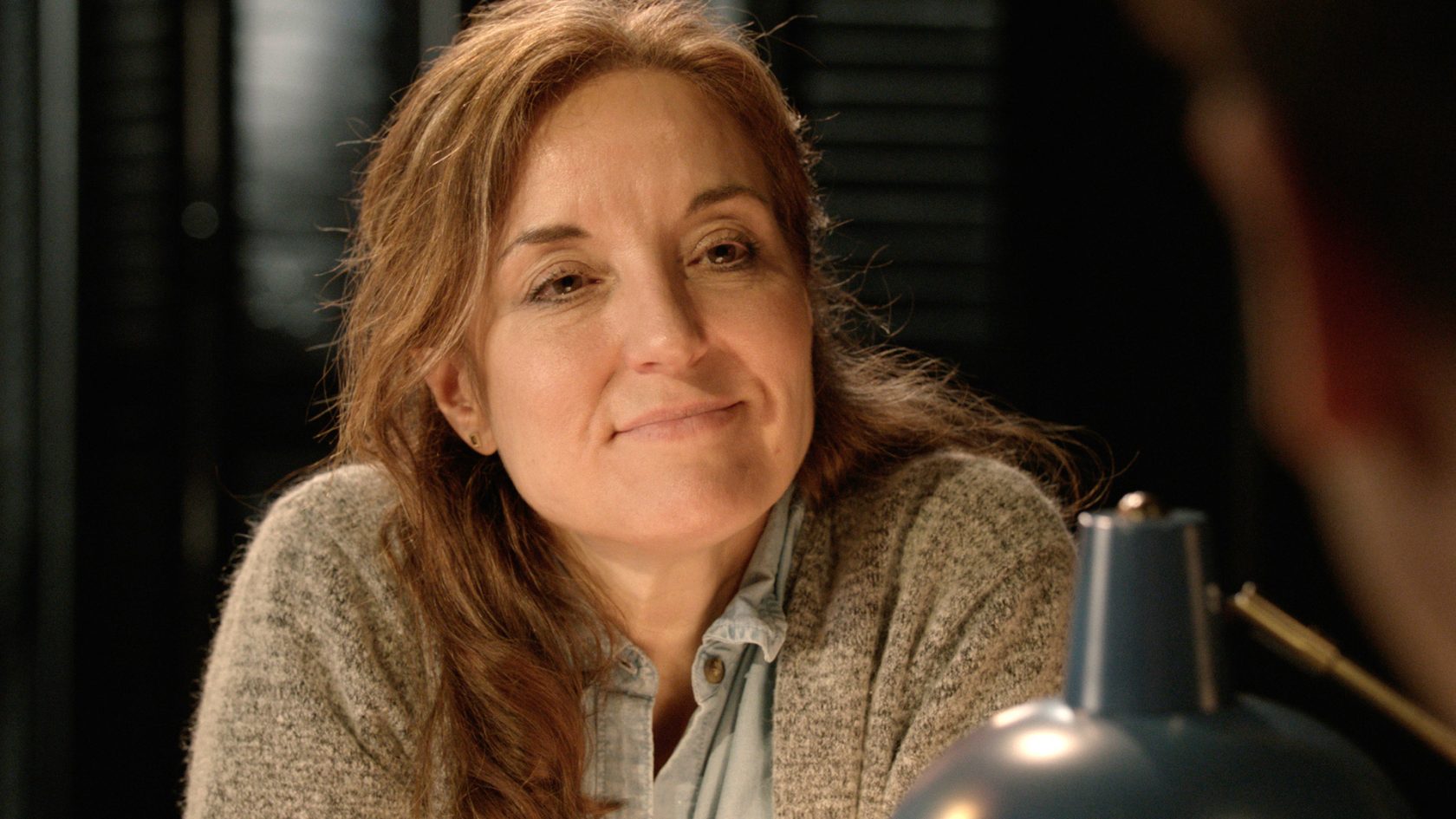 By Mark G. Auerbach
Special to The Westfield News

TheaterWorks Hartford, who throughout the pandemic, has produced a robust season of virtual theatre, brings the recent Broadway hit, Adam Rapp’s The Sound Inside, to the small screen. In a unique collaboration between Artistic Director Rob Ruggiero and film maker Pedro Bermúdez, this is virtual theatre with a twist. It’s not theatre written specifically to be virtual like the company’s Russian Troll Farm, nor a filmed onstage production like Christmas On The Rocks. The Sound Inside, rehearsed on ZOOM and filmed on the TheaterWorks stage, was filmed out of sequence (like most movies), and edited into place. 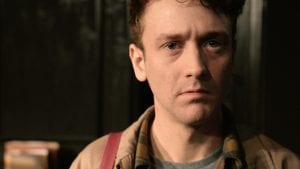 Ephraim Birney in TheaterWorks Hartford’s The Sound Inside. (PHOTO BY PEDRO BERMUDEZ)

The Sound Inside is a powerhouse of a play, a stunning snapshot of a relationship between a middle aged creative writing professor at Yale, who mentors a freshman author. Bella, given a multi-tiered performance by Maggie Bofill, is the narrator of Rapp’s beautifully crafted story, who recaps her relationship with Christopher (given a nuanced performance by Efraim Birney). Billy Bivona’s music adds a layer of depth to Rapp’s script and this pas de deux of words and interplay. The co-direction by Rob Ruggiero, a stage director, and Pedro Bermúdez, a filmmaker, make this production immensely satisfying on so many levels. 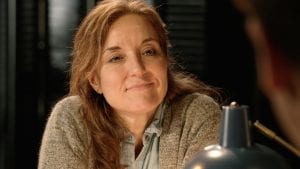 Maggie Bofill in TheaterWorks Hartford’s The Sound Inside. (PHOTO BY PEDRO BERMUDEZ)

The Sound Inside premiered at the Williamstown Theatre Festival and transferred to Broadway, starring Mary Louise Parker in 2019, where the play received six Tony Award nominations. Rapp is definitely a bright star on the theatre scene, and The Sound Inside generated a lot of interest among regional theatres, who had hoped to produce it, once the Broadway production closed in January 2020. But, the pandemic arrived, and TheaterWorks is one of the first theatres to bring this important play to audiences.
The Sound Inside could easily make my “Best of…” List for 2021, and is a high point amongst the dozens of plays and musicals I’ve experienced in recent years. Rapp’s nuanced writing, solid direction by Ruggiero and Bermúdez, and Bofill’s exquisite performance make The Sound Inside memorable. 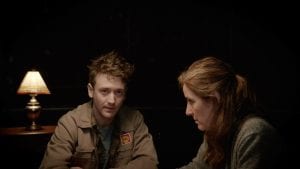 Ephraim Birney and Maggie Bofill in TheaterWorks Hartford’s The Sound Inside. (PHOTO BY PEDRO BERMUDEZ)

I’ve got to hand TheaterWorks an ovation or two, because they’ve produced a new event every month, from fully-produced plays to workshops to plays in development, without missing a beat. This daunting track record has gotten national attention and brought new audiences to its theatre, while several larger theatres nearby, have been relatively dormant through the pandemic.
As a footnote, Rob Ruggiero, Pedro Bermúdez, Maggie Bofill and Ephraim Birney appear on ArtsBeat TV/Radio on Fri., April 23, at 8 a.m. on WCPC15, and 89.5fm/WSKB. The segment will also be available on YouTube at https://www.youtube.com/watch?v=_44e5NGJJIM.
TheaterWorks presents The Sound Inside by Adam Rapp. Directed by Rob Ruggiero & Pedro Bermúdez. Scenic Design by Lawrence E. Moten III. Costume design by Alejo Vietti. Lighting design by Amith Chandrashaker. Original Music Composed and Performed by Billy Bivona. Cast: Maggie Bofill and Ephraim Birney. Streaming through April 30. For details: www.twhartford.org.