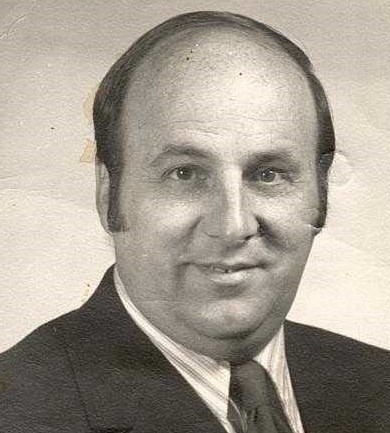 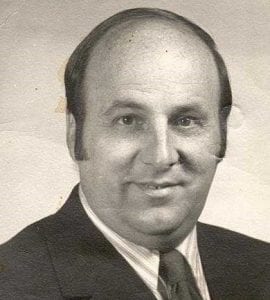 WESTFIELD – Richard H. Butcher, Sr., 81, of Westfield passed away on Tuesday, May 21, 2019 at Baystate Medical Center. He was born in New Haven, CT on February 12, 1938 to the late Henry and Katherine (Markowitz) Butcher. Growing up in Ansonia, CT, Richard graduated from Quinnipiac College in 1960 and was employed as a Sales Rep for over 40 years. Starting his career as pharmaceutical Sales Rep for Warren-Teed, he retired after working as a giftware salesman for Gilefsky and Company. Richard served in the Army and Army Reserves from 1956 to 1963. He was a communicant of St. Mary’s Church. Richard was a youth baseball coach for many years in Westfield and also enjoyed the Saturday Night Bridge Club for over 20 years with his wife Janice. Richard was a dedicated husband, father and grandfather and a loyal friend. In addition to keeping his grass green and flowers in bloom, he enjoyed horseracing and listening to the music of marching bands. He loved the horses so much, that the last bet he ever placed was a $10 exacta on the May 18, 2019 Preakness, and it was a winner. He loved spending time with his family and friends. He especially enjoyed spending time with his grandchildren whether on the sidelines, at award ceremonies or family gatherings.

Richard was predeceased by his beloved wife of 49 years, Janice (Clark) Butcher, and is survived by his children Richard Butcher Jr. (Mora) of Hampden,
William Butcher of Westfield, Edward Butcher (Edith) of Palm Beach Gardens, FL and Elizabeth Butcher (Nicholas) of Washington, DC., and his four cherished grandchildren Michelle (Dominic) Costanzi, Quinn, Seamus and Clark Butcher, several nieces and nephews and grand dogs Cooper, MacKenzie, Earl and Tipsy. He also leaves a brother-in-law Edward Clark (Vance) of South Carolina, a brother Stephen Butcher of Washington state, and a sister Kathy Zarnowski of West Haven, CT.  The family would like to extend a special thank you to the nurses at Daly 6A of Baystate Medical Center for their incredible compassion and care for the past several weeks. Richard’s funeral will be held on Wednesday, May 29, 2019 at 9:30AM from the
Firtion Adams FS, 76 Broad St. Westfield, MA followed by a Liturgy of Christian Burial at 10:30 AM in St. Mary’s Church, Bartlett St. Westfield, MA. Burial will follow in St. Mary’s Cemetery, Southampton Rd. Westfield. Visiting hours will be held on Tuesday from 4-7PM in
the funeral home. Donations may be made to the Multiple Sclerosis Society, 101 A First Ave. Suite 6, Waltham, MA 02451. www.firtionadams.com.