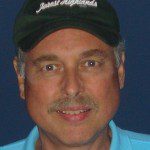 WESTFIELD – Robert “Bobby” Munns, 56, a resident of Westfield, passed away peacefully on Wednesday, November 7, 2012 at Baystate Medical Center surrounded by his wife and daughters. He grew up in Holyoke and was a 1974 graduate of Holyoke Catholic High School, a 1975 graduate of Wilbraham Monson Academy, and a 1979 graduate of Brandeis University in Waltham. Robert is the son of Marguerite (Kreuter) Munns and the late Michael J. Munns.
He was predeceased by his brother, Michael J. Munns Jr. Robert is survived by his wife, Deborah (O’Heir) Munns, and his daughters Caitlin Marie, of New York City, and Courtney Anne, of Amherst. He also leaves his sisters, Patricia Makowicz and her husband Gene, of Easthampton, Susan Haas, of Holyoke, and Cheryl Lignola, of Lakewood, Washington; his brother-in-law, Neil O’Heir and his wife Bernadette, of Boston, Virginia; nephews, Eugene, John, Paul, and William Makowicz, Michael Haas, as well as Michael, Conor, Shane, Christopher, and Martin O’Heir, along with many loving aunts, uncles, cousins, and dear friends.
Bob was employed for 25 years as a property claims manger for the Traveler’s/St. Paul Insurance Company of Hartford. Athletics was an integral part of his entire life from little league baseball and YMCA basketball as a youth in Holyoke to his high school and collegiate careers where he continued to excel. His Brandeis college baseball team earned the distinction of World Series Champions of the Greater Boston Area. They were also recognized as runner-up in the NCAA Division III National Championships. As an adult, Bob was an all-star in the Tri-County Baseball League and an active participant in local adult basketball and softball leagues in Western Massachusetts. As a softball coach, hitting instructor, dedicated swim parent, and active member in his community, Bob’s optimistic, enthusiastic personality has reached adults and youth across New England and he has served as a role model for many. It was obvious that Bob’s passion for baseball, fishing, swimming, music, concerts, and life was only surpassed by the love he had for his family, especially his girls.
The family would like to thank all of those who offered support and compassion during his final weeks, notably the doctors, nurses, palliative care, hospice, and spiritual services at Baystate Medical Center who made his last days comfortable.
The funeral for Bob will be held on Tuesday, November 13th at 9:00 a.m. from the Firtion-Adams Funeral Service, 76 Broad Street, Westfield followed by a Liturgy of Christian Burial at 10:00 a.m. in Our Lady of the Blessed Sacrament Church, 127 Holyoke Road, Westfield, MA 01085. Burial will follow in St. Mary’s Cemetery, Westfield. Calling hours will be held on Monday from 4:00-7:00 p.m.
Donations in Bob’s memory can be made to the Westfield YMCA, 67 Court Street, Westfield, MA 01085 or To Our Lady of the Blessed Sacrament Church Building Fund, Westfield.
firtionadams.com