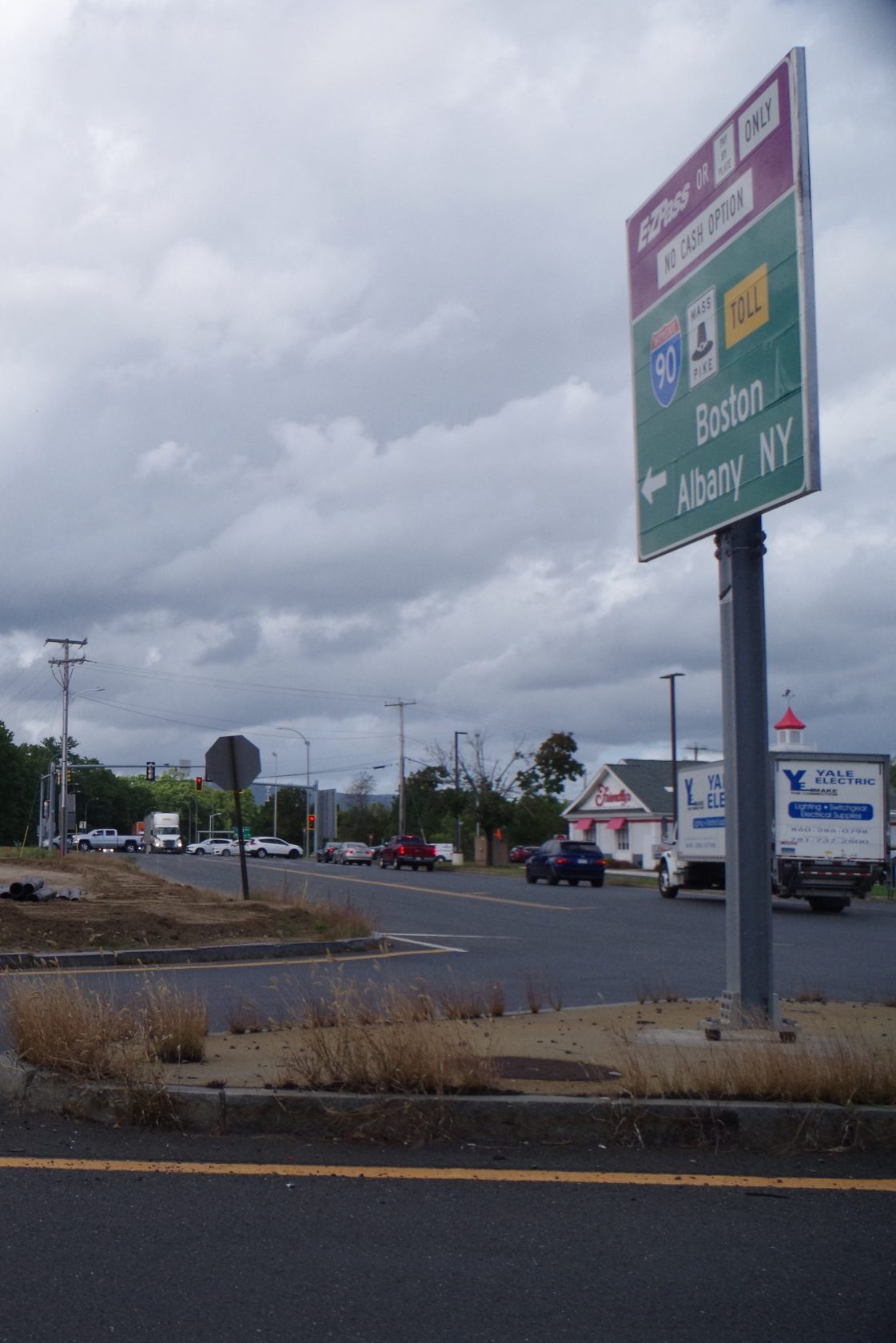 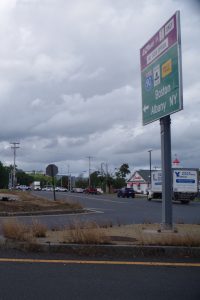 WESTFIELD — New ramps, right-turn-only restrictions and a two-lane rotary are among the solutions officials are considering for traffic backups at Westfield’s exit on the Massachusetts Turnpike.

City Engineer Mark Cressotti will present an early proposal to the Board of Public Works next month for roadwork surrounding intersection of Interstate 90 with Routes 10 and 202, which is currently prone to traffic backups on both the off-ramp and the local roads.

In the proposal, which was prepared by McMahon Associates, exit 41 is identified as having two separate problems. In the morning, traffic leading from North Elm Street towards the turnpike can become backed up. This backup includes the “jughandle,” the stretch of Westfield Industrial Park Road and Friendly’s Way that provides access to the turnpike from northbound Southampton Road and Arch Road.

One way to reduce the bottleneck getting on to the turnpike would be to create a second, more direct on-ramp from Westfield Industrial Park Way to eastbound I-90.

“Any traffic coming out of Arch and going straight across, we have to take that out of the equation,” said Cressotti.

Another possibility would be to convert the intersection of the I-90 ramps and Southampton Road into a rotary, rather than having traffic lights. Cressotti said that he thinks MassDOT favors the idea of a rotary, but by some metrics the intersection would be projected to perform better with the addition of the extra westbound on-ramp and the Arch Road extension to the eastbound off-ramp. Adding a rotary, however, would allow vehicles coming from Arch Road and the eastbound off-ramp to reverse direction and get onto turnpike.

Cressotti said that this proposal is in the very early stages, and his current objective is simply to convince MassDOT that a solution has been found for the traffic troubles. There is no specific timeline yet, but Cressotti said that it will almost certainly take multiple years to complete.

Because the turnpike is part of the Interstate highway system, Cressotti said federal highway authorities would need to weigh in on parts of the proposal. He expects that the idea of two eastbound onramps in close proximity will be scrutinized the most.