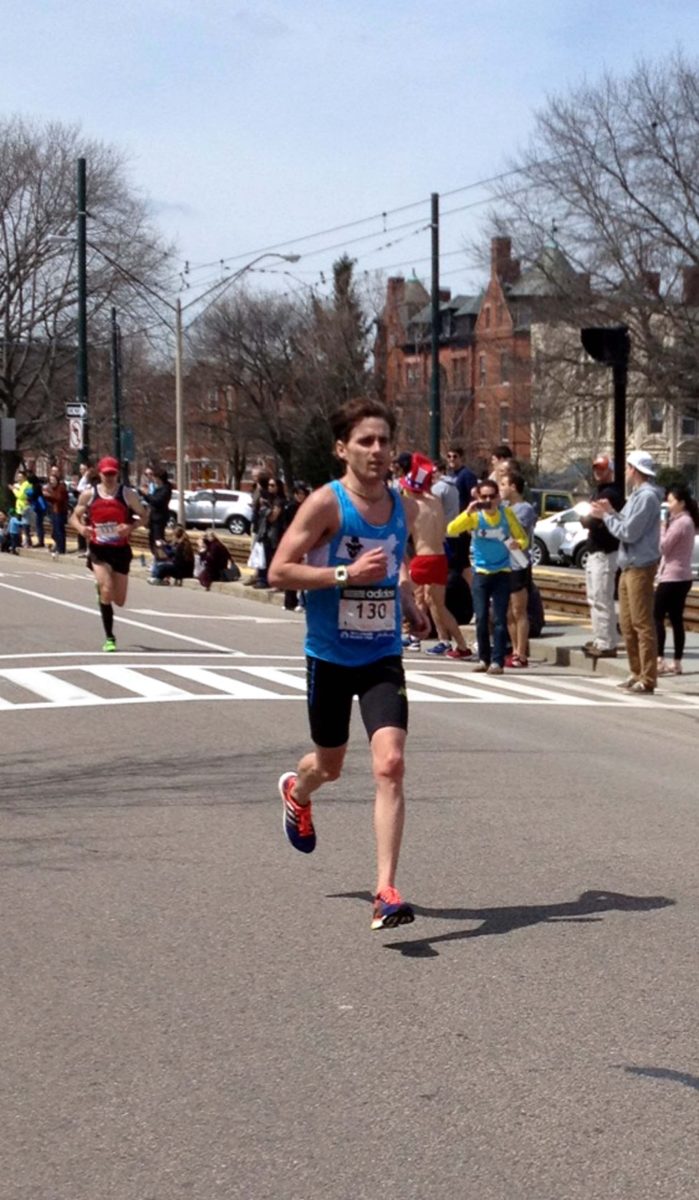 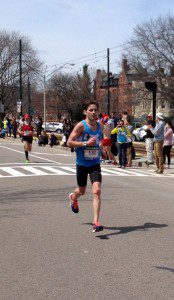 WESTFIELD – When 25-year-old local distance runner Jason Ayr of Westfield woke up Saturday morning with a fever, he feared what Monday’s Boston Marathon would bring. Little did he know there would be a more violent chill unleashed on those city’s streets two days later.
“I had a fever Friday night into Saturday and didn’t do much running so I was a little unsure of the day,” said Ayr, who is rated as one of the top three runners in the entire northeast.
The region’s other top two runners – Kevin Johnson (Ludlow) and Sean Duncan (Gardner) – along with Ayr are part of the Western Mass Distance Project, a running club started a year ago for post-collegiate Western Mass runners to compete at regional and national levels.
On Monday, Ayr was on pace for a 2-hour, 23-minute finish, until, with about seven miles remaining, his legs felt a little sluggish, his breath became a bit more labored, and his entire body slowed.
“I kind of fell apart,” said Ayr.
Still, the Westfield native managed to place 55th out of 23,336 runners with a personal best time of 2:27.30.
It was a heart-pounding finish for Ayr, but still nothing close to the scare he would receive a short time later.
“I was waiting for ‘The T’ (Greater Boston’s subway cars) to take the Green line to Washington Circle (in the Brookline neighborhood),” said Ayr, who waited near the 23-mile marker of the 26.2-mile race. “It was over an hour before it happened.”
What happened was this.
Shortly before 3 p.m. Monday, two bomb blasts near the finish line of the Boston Marathon killed at least three people and injured nearly 130 others, spreading terror and calling to memory images of 9/11.
“When it actually happened I didn’t even know anything was happening,” Ayr said. “It was business as usual.”
Ayr received a call from his mother and a friend’s mother who saw the events unfold on television.
“They said to get off the streets and get inside,” said Ayr, who walked a half-mile back to an apartment where he was staying.
“The (race) times didn’t matter, the places didn’t matter,” he said. “It was almost like we didn’t run a race that day.”
For hundreds of thousands of people – runners, friends, family members, volunteers, fans, and Americans all across the state, country, and the world – Patriots’ Day had been marred by a senseless act of terror.
“This hit real close to home,” said Ayr, who also had several other friends affected by the tragedy.
One friend was working a tent for New Balance just 30 yards from the blast which rattled the area, and his nerves, he said. Another, who owns a running store, had his windows blown out of the establishment. But everyone involved in the incident are safe.
“There’s always going to be another race,” Ayr said. “I just feel really bad for those runners who just tried to run Boston and had that experience ruined for them.”
To honor the victims of the Boston Marathon tragedy, Ayr and the Western Mass Distance Project will hold a benefit walk/run Sunday morning at Stanley Park in Westfield at 10 a.m.
“It’s an impromptu community fun run,” Ayr said.
The run/walk will encompass the three-quarter mile perimeter at Stanley Park. Although Stop & Shop has donated 250 bottles of water for the event, race organizers urge participants to bring their own water and snacks. There will be free music as well.
“At the very least, we want to get everybody out in the park to have a good time,” Ayr said.
Further details will be provided by The Westfield News and the Western Mass Distance Project Facebook page as they become available. For more information, contact Jason Ayr at [email protected]