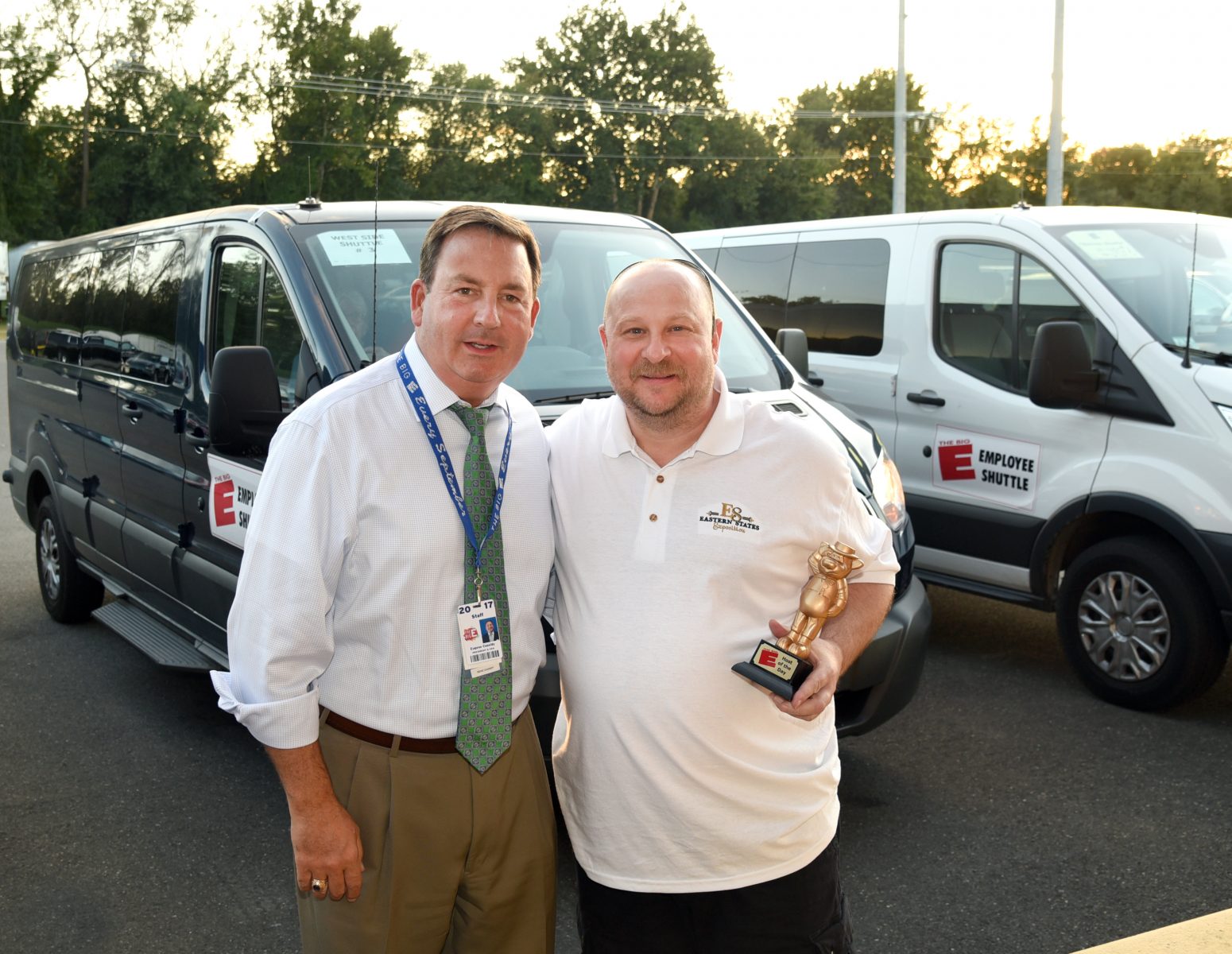 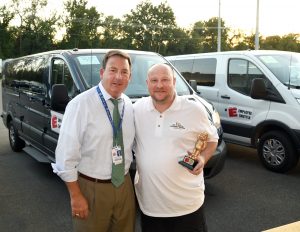 The presentation took place at the Transportation Center where Cyr, a four-year employee, is a shuttle driver. A former high school football coach and avid bowler, Cyr works full-time as a Maintenance Supervisor in the Dower Center at Westfield State University when he is not at The Big E or spending time with his wife, Tina, and son, Jeremy.

“One time, after already leaving the grounds, Russell heard a request for another pick-up. He turned around to come back and pick up passengers.” Thomas Gentile, Information Services employee at Visitors’ West and Cyr’s nominator, said.

To Cyr, great customer relations require a positive attitude, a visible love for the job, and fostering a personal connection with people. He lives out his own advice, even offering a fairgoer that had never been to the area a trip with him to see all our local treasures.

The Host of the Day award recognizes employees, volunteers and other members of The Big E family who exemplify the Fair’s philosophy of positive customer relations. It has been part of the Exposition’s customer service program since 1989, established for individuals who go “above and beyond the call” in their interactions with fairgoers.

Cyr received the Host of the Day award, the “BiggiE,” a trophy sculpted in the likeness of The Big E mascot, BiggiE.  In addition, he received 2017 Big E commemorative gifts at the surprise presentation.