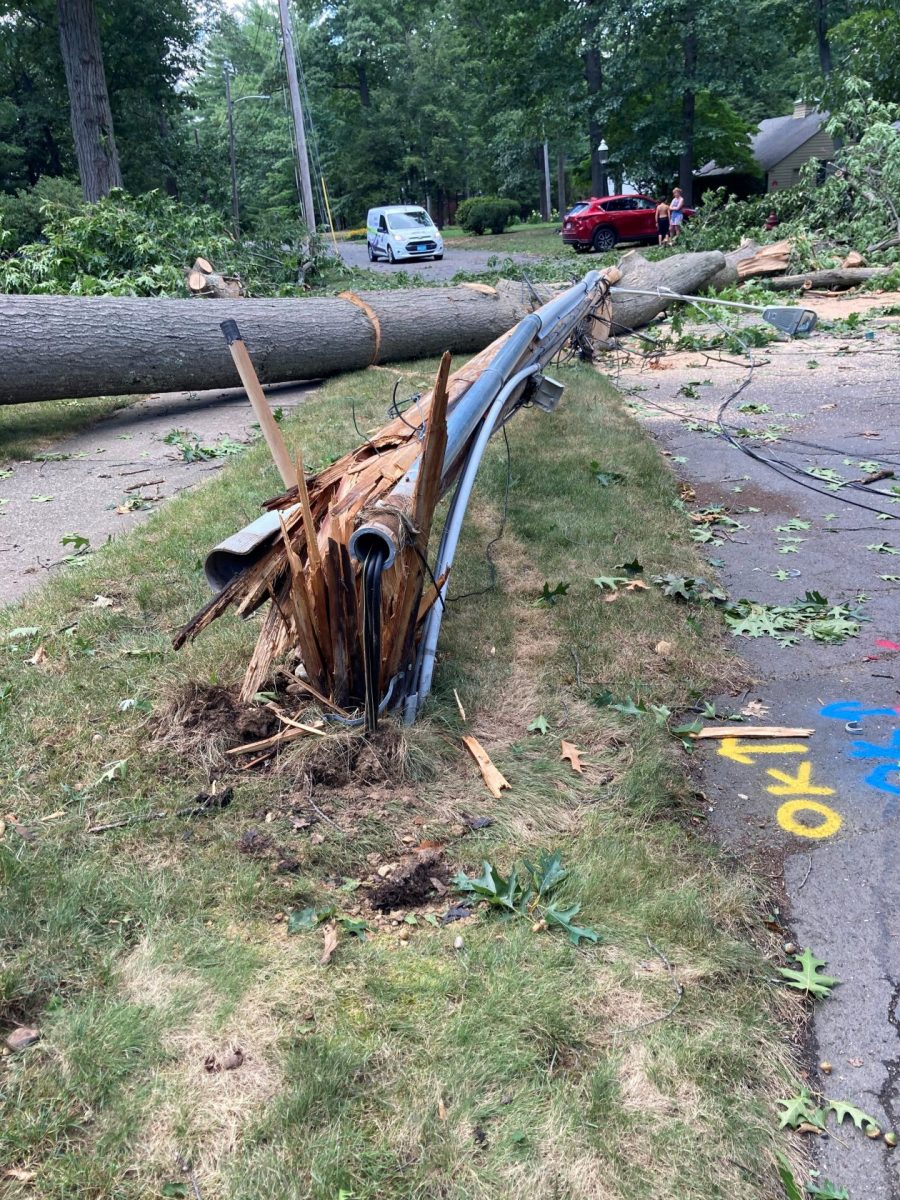 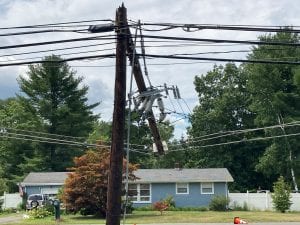 WESTFIELD – Restoring power to residents safely is the number one priority of the Westfield Gas & Electric following a storm like Tropical Storm Isaias.

WG&E Marketing and Communications Director Lisa Stowe said at the height of the Aug. 4 storm, 7,000 residents in Westfield were without power. With nine fulltime linemen in the city, the WG&E called in mutual aid crews locally from Chicopee, Holyoke and South Hadley, as well as New York and West Boylston, to restore power. 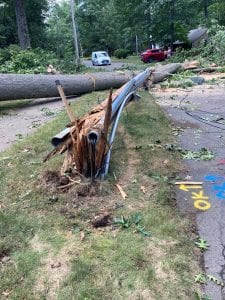 A utility pole on Woodland Road fell when an uprooted tree was knocked down during Tropical Storm Isaias. (WESTFIELD GAS & ELECTRIC PHOTO)

Most residents were up and running within hours while others waited 24-48 hours for their power to come back. Stowe said when high winds blow through the city, many trees and branches come down and often take lines with them. When that happens, it can take longer to restore power because trees need to be carefully removed and utility poles can come down as well.

Tropical Storm Isaias took down many trees and poles in just a few hours.

“We had to reset 15 poles, which is a good amount,” said Stowe. “For a typical summer storm, we may not even reset one pole.”

Once the calls started coming in through the WG&E dispatch center Tuesday afternoon, crews got to work quickly. Stowe said when they start receiving multiple calls, they have to prioritize where crews go first.

“For us, having one customer without power is too many,” said Stowe. “And safety is always our priority.” 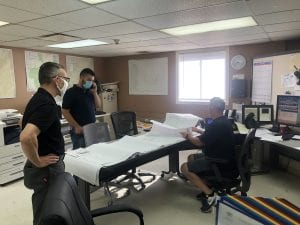 Stowe said crews will first address areas where safety is a concern, such as downed live wires. The area is secured, and linemen get to work to keep residents and crews safe while restoring power. The second priority when assessing where to tackle for restoration is how many people are affected. Stowe said one pole down could affect one or two residents or it could affect an entire network and the power to large neighborhoods. The WG&E will work to restore power to the largest number of homes as quickly as possible.

The good news for Westfield, said Stowe, is that WG&E is the city’s own utility company and its employees, for the most part are also residents, and everyone cares about the community. Being right in the city means fast action when there’s an outage.

“We are really committed to the community,” she said. “The trucks are here, the people are here, residents don’t have to wait for a big company to come in.”

The WG&E works with the Westfield Department of Public Works to clear branches and trees. It also contracts with Asplundh Tree to help clear lines.

“They had three crews out during the storm cleanup,” said Stowe.

Stowe said before a storm, the WG&E prepares by making sure linemen are rested, mutual aid is in place and contractors are on standby. Stowe said the dispatchers, customer service representatives and communications staff are also at the ready.

By late Thursday, 48 hours after Tropical Storm Isaias, the WG&E had less than 50 customers still without service.