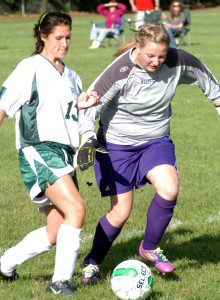 LATE RESULTS
BOYS’ SOCCER
Agawam 1, Westfield 0
Westfield goalie Sam Blake made a highlight reel save in the first half and collected several solid second-half saves, and Rob Sullivan made his presence felt on the defensive side of the ball in the back and midfield.