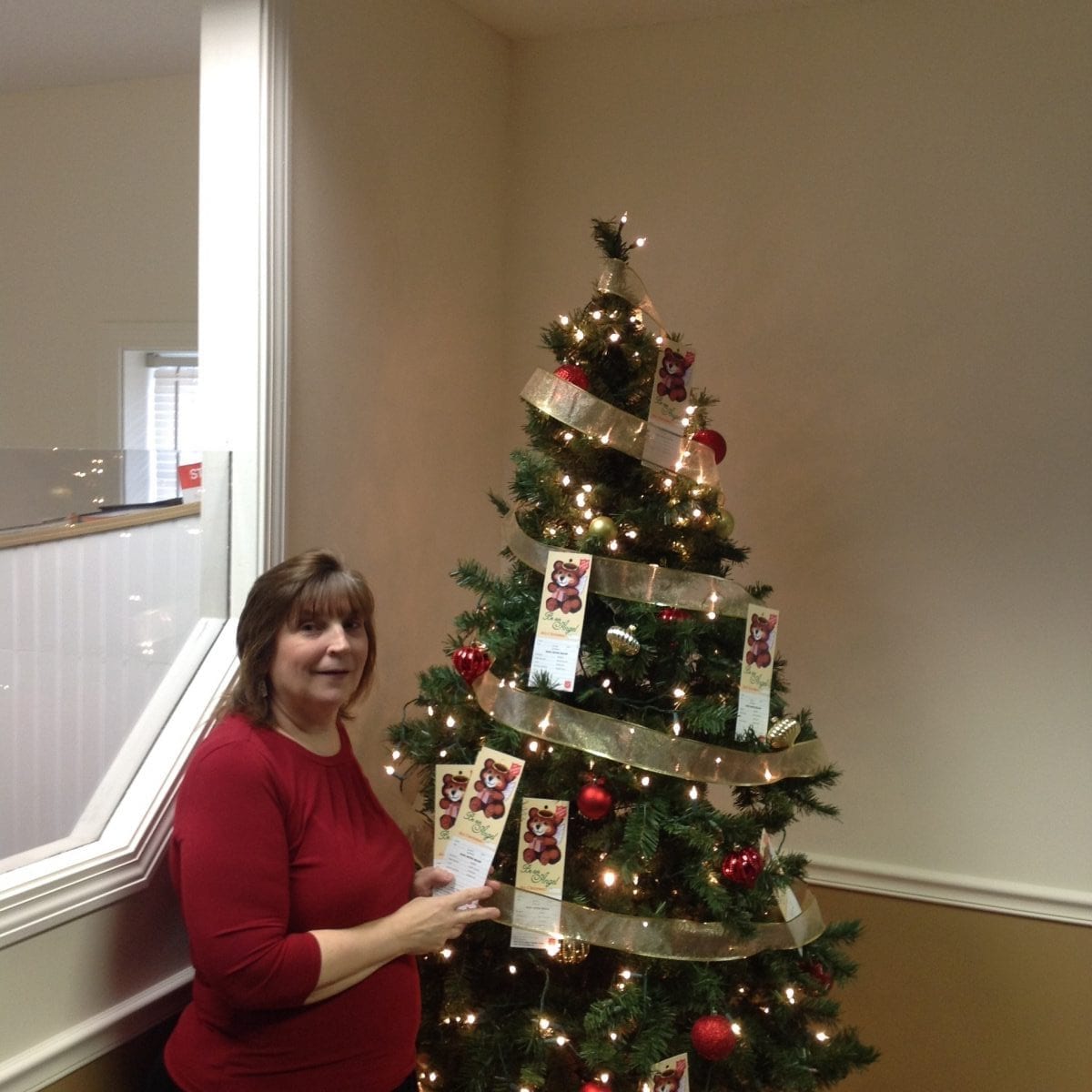 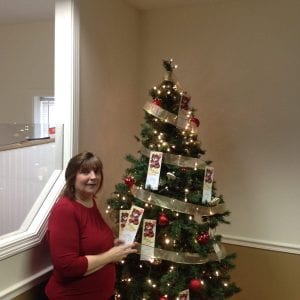 Laurie Matthews, Service Coordinator for The Salvation Army, hanging Angel tags on one of the many Christmas trees that will be set up throughout Westfield. (Photo submitted)

WESTFIELD- The Salvation Army is holding its annual Angel Tree program throughout Westfield to give toys to children whose families experience financial insecurity.

The Angel Tree program has been held by the Salvation Army for at least 30 years. People may go to certain locations in Westfield where Christmas trees will be decorated with angel tags containing the information for a child in need.

One can take an ornament with them and go shop for toys for each child. Trees will be set up at the Westfield Athenaeum, Amelia Park Ice Arena, and several local churches.

“We distribute about 1,500 angel tags throughout Westfield,” said Laurie Matthews, Service Coordinator for the Salvation Army.

In 2017, there were 1,561 children who received gifts through the Angel Tree drive. To be a recipient, each family must provide proof that they are financially eligible.

Each tag that contains a child’s information will also list what that child would like for Christmas.

“These are only suggestions,” said Matthews, “We don’t expect people to spend a lot of money on a Playstation or an Xbox.”

The Christmas trees that are set up will frequently run out of angel tags. The Salvation Army will continuously add more until the event ends or they run out of tags.

“As long as people are asking for angels, we keep filling up the trees,” said Matthews.

Matthews said that gifts should be purchased and dropped off at the location they received the angel tag by Monday, December 17th. Recipient families will be notified that their gifts have been dropped off, and they will have until Friday, December 21st to pick them up at the social center at St. Josephs Church.