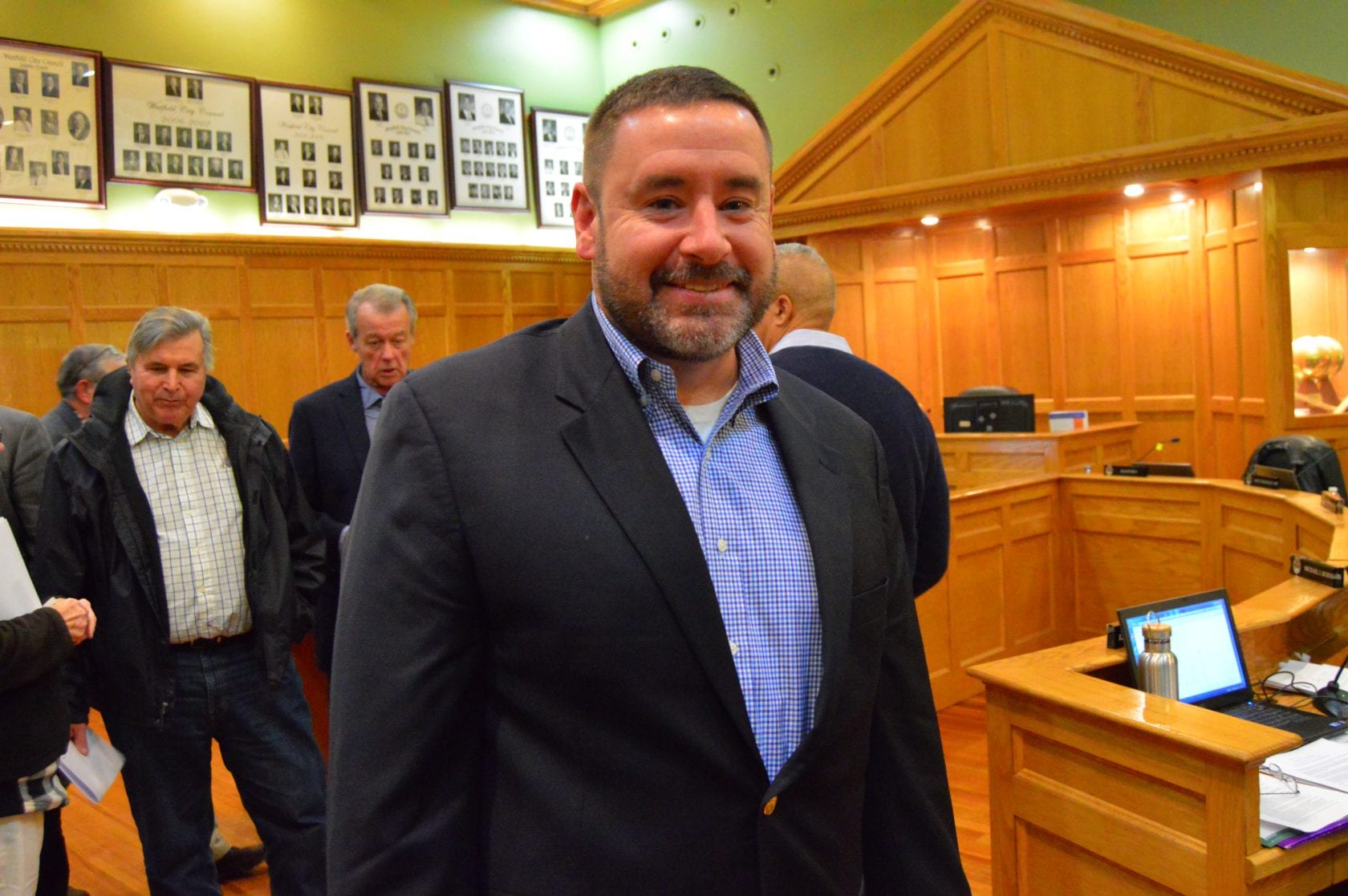 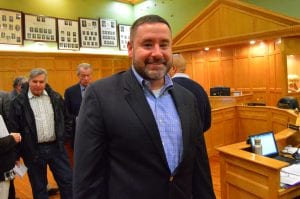 Tom Flaherty, who resigned from the Municipal Light Board earlier this year, retook his seat as Ward 5 Commissioner. (Photo by Peter Currier)

WESTFIELD- The Westfield City Council and Municipal Light Board gathered Thursday in the City Council chambers to vote on a new representative for the Ward 5 seat on the light board.

Before the meeting began, each member of the board and council drew a random number to determine the order in which each person would vote. There were three people under consideration to fill the seat that had been vacant since Tom Flaherty resigned earlier this year. The candidates were Brian Richards, Joel Lund, and Tom Flaherty, who put his name in the running to retake his old seat in October.

“When you come to the commission, there are no real requirements,” said Ward 3 light board commissioner Jane Wensley, “in this case we have three people with really good requirements.”

Wensley nominated Brian Richards, who had previously served as the Holyoke Gas and Electric comptroller. Ward 5 City Councilor Bob Paul nominated Tom Flaherty, noting that the voters in Ward 5 had already voted for him several times.

“I ask you to think of what the Ward 5 voters have done over the last eight terms and the last 5 terms,” said Paul, “The ward 5 voters have spoken with the largest single voting numbers for anybody from any ward.”

Joel Lund was not nominated by anybody in the chamber, leaving Richards and Flaherty as the sole finalists. The members of both the council and the light board then began to argue over the procedure before the vote could begin. During Wednesday evening’s Municipal Light Board meeting, the commissioners agreed that each candidate would be given at least three minutes to speak before the assembly. City Council President John Beltrandi did not allow for the candidates to speak as it was not on the agenda.

City Councilor Dave Flaherty argued in favor of allowing the two candidates to speak. Beltrandi did not agree, as he believed it would have counted as public participation, which was also not on the agenda.

“How can we vote for somebody when we don’t know anything about them,” said Councilor Flaherty, “we don’t know what their values are and what kind of research they’ve done.”

Beltrandi relented and allowed for a vote on letting each candidate speak. The motion failed as 10 of the 18 members voted against it. The vote to fill the seat immediately followed.

Tom Flaherty, the previous Ward 5 Commissioner for the Municipal Light Board, retook his seat with a total of 13 votes, Brian Richards received six.