WESTFIELD-St. Joseph’s National Catholic Church on Main Street will be the setting for families to sign up for Thanksgiving and Christmas meals, according to Laurie Matthews, volunteer service unit coordinator for the local Salvation Army office. 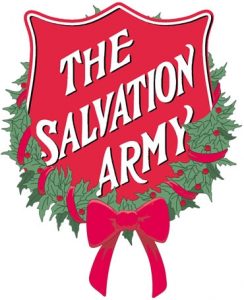 Salvation Army representatives will be at the church from Nov. 6-10 and Nov. 13-17 from 9 a.m. to noon to sign up families in need of a holiday meal. The distribution of Thanksgiving items will be conducted Nov. 20-22 from 9 a.m. to 4 p.m. at the church.
“We are also at this time looking for donations of turkeys and any fixings to go along with them,” said Matthews, noting that potatoes, vegetables, stuffing, gravy and cranberry sauce are among the food items sought. Donations can be dropped off at the church during any of the scheduled sign-up hours.
“We still have our largest donor of about 150 turkeys and several smaller donors, but will be short in the fixings department,” said Matthews, adding that over the past several years the organization has lost several long-time donors who have chosen to give to other charities.
“We lost a school that used to do a food drive that would provide the majority of our fixings because now the schools are doing their own baskets,” said Matthews. “I believe multiple agencies are also getting involved with distributing Thanksgiving meals because the need in the community is growing larger than ever.”