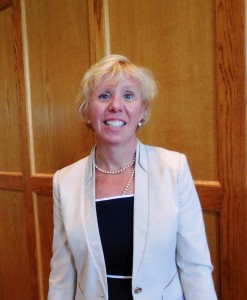 WESTFIELD – The School Committee voted to approve contract settlement agreements for the Westfield Education Association Unit A Teachers and the Westfield Lunch Association at the Dec. 16 meeting.
Human Resources Director Paula Ceglowski said two contracts were approved for Unit A Teachers, following negotiations which began in March of 2019, and resumed after the summer break.
Negotiating with the unions were School Committee vice-chair Roman Diaz, Jr. and member Heather Sullivan, Curriculum Director Susan Dargie, Principals Charles Jendrysik of Westfield High School and Stacy Burgess of Abner Gibbs, and Ceglowski. Attorney Jeffrey Krok began the negotiations for the district, and was replaced by Russell Dupere after Krok left.
The first contract for July 1, 2019 to June 30, 2020 contains a one percent salary increase; the second three-year contract, beginning July 1, 2020 to June 30, 2023, contains a two percent increase per year.
Other features include an added personal day, from two to three total, for the first contract. Beginning in the second contract, half-day professional development days will be eliminated beginning July 1, 2020. There are currently four half-days in this school year for professional development.
Teachers will also receive additional in-school preparation time during the week, with a minimum of five 50-minute duty free prep times per week. On the elementary level, one of the five prep times will be meeting with administration.
During the discussion, School Committee member Cindy Sullivan said she was going to vote for the Unit A contracts, although she hadn’t wanted to do a one-year and a three-year contract vote. “This will put Unit A on a different cycle with Unit B and the paraprofessionals,” she said.
Sullivan said both sides aren’t happy with everything in the contracts, “but that’s a part of negotiations give and take.” She also thanked Diaz and Heather Sullivan for stepping up and doing the negotiations this year.
By contrast, Bo Sullivan said he was happy that there were one-year and three-year contracts. “These two contracts are in line with the city as a whole,” he said, adding that taking out the half days will help with attendance.
Earlier in the meeting, Director of Student Interventions Christopher Rogers noted in a presentation on attendance that there is typically low attendance by students on half days.
Also approved was a three-year contract from July 1, 2019 to June 30, 2022 for the Westfield Lunch Association. Ceglowski said the contract contains a one percent raise in the first year, and a two-percent raise in each of the following two years.
The cafeteria workers also gave up severance pay for accumulated sick time in exchange for increased longevity, which the teachers, administration, paraprofessionals and secretaries have all done previously.
The two outstanding contracts for the district that have expired are cafeteria managers and custodians, Ceglowski said. “I’m hopeful that I’ll be bringing them to the School Committee for approval in early 2020,” she added.
District contracts do not require City Council approval, because they must be funded within the approved district budget.