WESTFIELD – Westfield Public Schools has a new district-wide math curriculum, now that the School Committee approved a curriculum purchase for grades 7 to 12 at a special meeting on July 22. The new math curriculum for all grades, which has a strong digital component, is ready to implement in the fall.

The newly selected programs are Ready Classroom Math for K to 6, which the district already has in the FY21 budget at a cost of $160,000 for books and the digital platform, Wednesday’s request was to approve the purchase for books and the digital platform for McGraw HIll Reveal for grades 7-8, Algebra I, Geometry and Algebra II, which cost $216,000, from School Choice funds.

Director of Curriculum and Instruction Susan Dargie said originally she had the McGraw HIll curriculum purchase in the budget, but the curriculum line item had been cut during the budget process. She said the reason the district needed to make the purchase was that the materials they were using had become outdated. Purchased in 2012, they no longer aligned with the state’s FY2017 revised math frameworks. In addition, the digital licenses for the curriculum were expiring, and needed renewing. 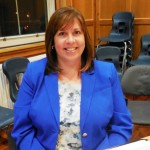 Dargie said a math committee, led by 7-12 Math Supervisor Kate Perez, K-6 Math Coach Rena Piper, and math teachers from throughout the district spent the last year studying options. “We knew we needed math materials for K-12. It was serendipitous that the Department of Elementary and Secondary Education offered an excellent network, the purpose of which was to select high quality math materials,” Dargie said.

The math leadership team had several sessions with DESE, who also connected them with EdReports, an independent nonprofit that rates these programs.

Perez said that EdReports has three different programs for rating curriculum, and the current math program in Westfield didn’t score well enough in the new standards, which emphasize mastery of basic math functions. Dargie said when they purchased the Pearson Envision and Big Ideas Math programs eight years ago, they were aligned with the state’s standards, but not with the new ones set in 2017.

Piper said they were able to recruit 40 teachers, representing grades 1-10 and most of the schools to pilot several curriculum choices, including Pearson Envision 2020. She said there was good support from the companies, who came in several times for the training, including on the digital piece. Piper and Perez also provided a day of professional development, which all the teachers chose. Piper added that due to the COVID-19, the teachers were able to see all of the programs in a remote setting.

Piper said a second group of 22 teachers formed a curriculum committee and met four times in person and once virtually to select the curriculums to purchase. She said they did more than just choose one; they had to pore over all of them, and looked for components such as supports for English language learners and others. She said they used information from the earlier committee, compiled all the evidence, then had a five hour zoom meeting with “lively chatter and debate” before reaching consensus on ReadyClassroom and McGraw Hill Reveal.

“We know the more that we have teachers and groups collaborating, the better the result These programs will directly connect to Google platform

Cindy Sullivan thanked Dargie and the team of teachers for the presentation. “To be fair to you, you asked for a presentation before COVID happened,” she said,

Ramon Diaz, Jr. said he was unsure of the amount in School Choice funds, but favored the purchase. “I’m comfortable with this, because of the money saved in transportation at the end of the year. I love math, it’s my favorite subject of all time, but I’m not the expert here. I trust the program you brought forward is the most thoughtful,” Diaz said.

“I’m in complete support of being able to spend the money to do this, so the district is on the same page. We know you make the best decisions with the information you have at the time,” said Cindy Sullivan.

Heather Sullivan also thanked the team. “I appreciate how much work went into this. There are a couple of great things about this project; it is in line with Mass standards, and relieving us from a Pearson product makes me happy,” she said, asking whether the new curriculum has a component for differentiated levels of learning, ESL, and interventions..

Dargie said Ready Classroom has the intervention component. Perez said McGraw HIll does have a separate intervention product, but the one they are purchasing has many supports built in for special education.

Westfield HIgh School tenth grade math teacher Lianne Raposo, who was also on the call said she did a pilot of the McGraw Hill Reveal geometry curriculum. “It does offer from the getgo three levels of differentiation,” she said, adding that there is an additional opportunity to purchase another program, but didn’t think it was necessary for the majority of students.

School Committee Vice-Chair Tim O’Connor also thanked the team for their work. “If we’re not moving forward we’re moving backwards,” O’Connor said, asking, “When you talk about going from the current curriculum to this new curriculum, how far are they apart from each other, and how do teachers close those gaps.”

“We got to a point where many teachers were only using part of the EnVision program, and using other resources they were finding on their own. This gives teachers opportunities to spend more time teaching than finding resources,” Perez said.

“Students have been taught appropriately, this will just make it better,” added Piper. She said the Ready Classroom associates are being proactive about bridging those gaps, and adding supports in for teachers.

Dargie said over the summer they are going to do a program remotely with teachers, to identify standards that were missed in every subject area, and to embed them into the first six to eight weeks of their instruction.

Southampton Road elementary math teacher Victoria Arkoette, who also served on the committee, said the challenge for teachers will be learning a new digital platform. She said the Ready Classroom is very user friendly, but is a shift to a different way of teaching, and took her “a little bit.”

Diaz said although the vote to approve the purchase of the curriculum was on the agenda, they did not put a separate item for appropriation of School Choice funds for the purchase.

“I would be a yes vote, but we do need to vote on School Choice expenditure when we get together again,” Diaz said.

Dargie said after consulting with Interim Business Administrator Shannon Barry, she believed they could still move forward with the purchase.

“Thank you and the team for the presentation tonight. I was not one of the people who enjoyed math in school,” said Mayor Donald F. Humason, Jr. who serves as the ad hoc chair for the School Committee, adding that he appreciates its importance now that he has a kid that has to learn it.

Humason asked if this was an appropriate use of School Choice funds, whether the School Committee could transfer the funds, and whether the Auditor would “flip out.”

“This is the stuff I like to spend School Choice funds on, a one-time expense that was already going to be in the budget before the budget was cut. That’s what you use School Choice funds for; I don’t see any problem with the auditor. For me, this is helping the students in a district-wide program. Long answer, yes it is appropriate, auditors shouldn’t have a problem with it,” said Cindy Sullivan.

O’Connor, who said he supports the purchase, asked whether when the state comes out with new guidelines, if there are any grants that follow that, to supplement the cost of the new programs.

Dargie said sometimes there are. She said new science curriculum frameworks were released in 2016 and there has been recent grant money made available for materials, which the district is working on

Cindy Sullivan said she supported the curriculum change, in part because it is district-wide, rather than in individual schools. She then made a motion to approve the math curriculum as presented, which passed unanimously.

O’Connor asked if the $216,000 purchase had to be made upfront, or could be layered over time. Dargie said McGraw HIll will accept 50% in July, and the other 50% if paid in FY22 in July, with no interest. She said with larger districts they do have payment plans over several years, but there is interest.

“If we can do half the payment now and half next year, there may be grant oppts before the next payment,” O’Connor said.