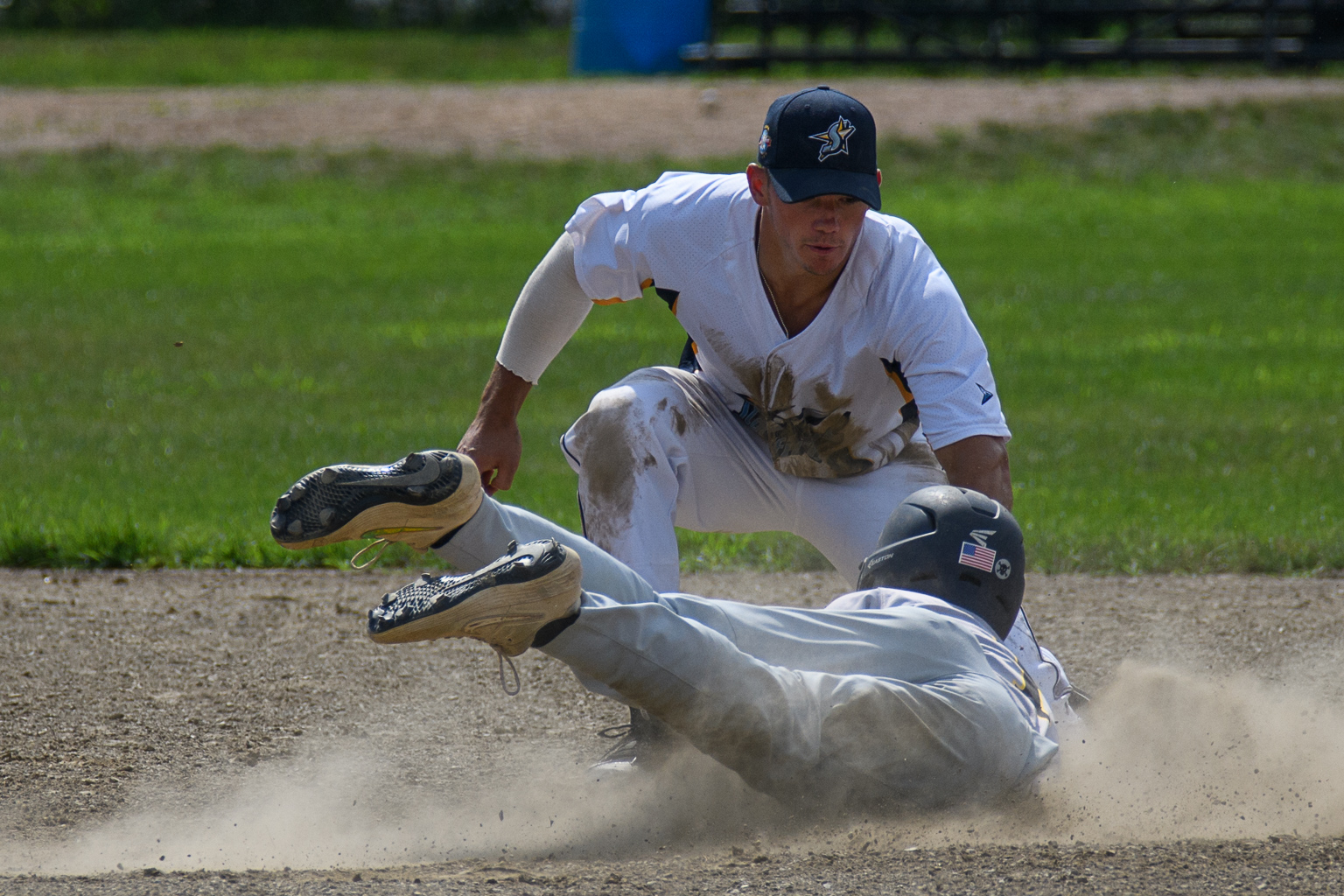 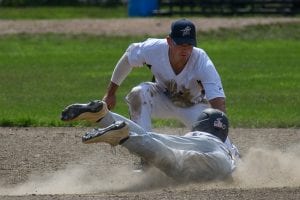 WESTFIELD – Up, down, left, right, win, loss.
No, that’s not the latest combo from the ever-popular sports video game, MLB The Show, but rather the Westfield Starfires’ 2020 regular season thus far in a nutshell.
The Westfield Starfires’ roller coaster ride continued this past weekend with a pair of double header splits, including a home run derby loss.
“It’s definitely been an up and down season,” Westfield Starfires field manager/coach Tony Deshler said.
On Saturday, the Nashua Silver Knights doubled up the Westfield Starfires 14-7 behind home runs from John Mead (Franklin Pierce) and Brett Anderson (Hartford).
Westfield (9-10) nipped Nashua in the nightcap 1-0 behind a sterling effort from southpaw Chase Jeter (Sacred Heart University), who tossed a five-inning shutout. Jeter struck out six batters and allowed just two walks in tossing a three-hitter. Pat Gallagher (UConn) closed out the game with two innings of scoreless relief.
Andre Marrero (Quinnipiac University) drove in the game’s only run, scoring Mark Coley (University of Rhode Island). Coley went 2-for-4.
On Sunday, the New Britain Bees buzzed past the Westfield Starfires in the home run derby portion of Game 1, following a 3-3 tie after eight innings. The Bees outslugged the Starfires 3-1 in the third round of the home run derby contest. Both teams were tied with seven home runs apiece following one round of competition. They each clubbed two homers in round two.
Westfield rallied in the second game, scoring four unanswered runs in the bottom of the sixth inning to defeat New Britain 5-2. Ramon Jimenez (Boston College), of Chicopee homered and Eric Callahan (Millersville University) went 2-for-3 with a run scored and three RBIs.
Westfield returns to action Tuesday at the North Shore Navigators. The Starfires will travel to Brockton to face the Rox on Wednesday before returning home Friday to face the New Britain Bees. Game time at Bullens Field is 6:30 p.m.
“We just haven’t been firing on all cylinders yet,” coach Deshler said. “We need to find a way to be consistent and execute.”