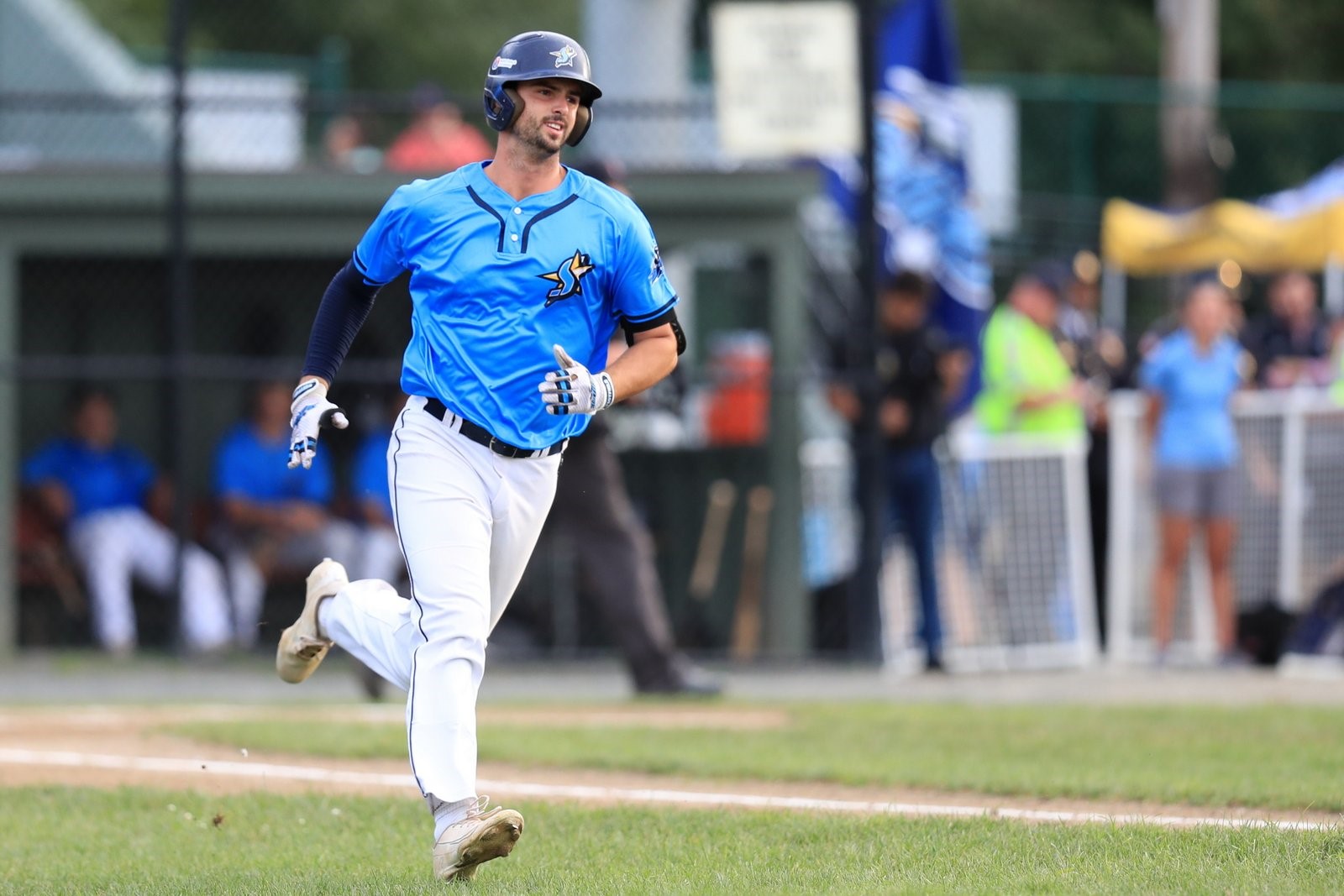 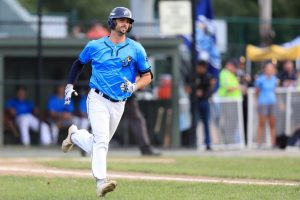 WESTFIELD – Before Los Angeles Angels phenom Shohei Ohtani took Major League Baseball by storm, Westfield Starfires outfielder Cole Bartels was making his name on the mound and at the plate for his Boston-area hometown high school.
A two-time Boston Herald and Boston Globe baseball All-Scholastic All-Star, and a 2016 Massachusetts Baseball Coaches Association MVP, Bartels rose up the high school ranks as an elite two-way player for Belmont. He racked up 250 strikeouts as a pitcher, logging a 0.88 ERA his junior season, and batted over .400 nearly every year of his high school career.
Bartels was signed to Penn State as a two-way player but was ultimately relegated to the pitching staff. In his first season with the Nittany Lions, Bartels suffered an elbow injury, requiring season-ending Tommy John surgery. He sat out all of his sophomore year and returned the following season.
“I wasn’t as sharp as I was before surgery,” Bartels said.
With his future as a pitcher quickly becoming a grim prospect, Bartels regrouped and started to focus on hitting. He played seven games for the Wisconsin Rapids in the Northwoods League, a collegiate summer baseball league located in the Northwoods region of the Upper Midwestern United States and Northwestern Ontario, before pulling a hamstring.
Bartels easily could have given up.
Determined to follow his dreams of one day making “The Show,” Bartels joined the Westfield Starfires as an outfielder. This season he set single-season franchise records for home runs, doubles, hits, RBIs and runs scored.
At the All-Star event in New Britain, Bartels went full Pete Alonso, clubbing 22 home runs to win the Futures Collegiate Baseball League’s Home Run Derby. The FCBL All-Star outfielder launched 11 homers in the first round, seven in the second, and four in the final round of the competition to claim the trophy.
“I was feeling it that night – – I got into a groove pretty easy,” Bartels said. “That was the most fun feeling I’ve had with baseball in a long time.”
The long ball kept coming.
Bartels continued to mash the ball in FCBL regular season play the following week, collecting four doubles and three dingers, two of which came in one game.
“Everything was like a beach ball,” Bartels said. “I fell down that hole of overanalyzing everything as a pitcher. This is my first time just having fun with (baseball), just being natural, and simplifying everything since high school.”
Due to his overwhelming success as a Starfire, Bartels caught the attention of the entire league and was recently named the league’s Most Valuable Player. He will be honored with the league’s MVP award during the team’s final game of the regular season Friday against Norwich at Bullens Field. A pre-game awards ceremony will be held prior to the first pitch at 6:30 p.m. The night will end with postgame fireworks.
“Cole has been one of the most consistent human beings I have seen in collegiate sports, and the stats certainly back that up,” Starfires Director of Baseball Operations said. “What the stats won’t show is Cole’s incredible consistency in his daily approach, and his true professionalism in how he carries himself on and off the field. He is a true leader for us and an MVP caliber person. Cole has earned every bit of this MVP award and we are so proud and honored to have had him as part of our organization. He has left a lasting legacy with Westfield baseball and the Westfield Starfires.”
In the organization’s inaugural season in 2019, Starfires pitcher Jack Fox finished as the league’s strikeout leader and hitter Thomas Joyce won the batting title. Last year, Starfires’ Reggie Crawford was named the co-pitcher of the year. Bartels ensured the organization would field a FCBL award-winner for three straight years.
“To be able to play in this atmosphere … has been a lot of fun,” Bartels said. “I know this organization just started up. Not a lot of people know a lot about it. I’ve met a lot of kids from Westfield and Southwick. That has been great. It would be great to bring more fans (to Bullens) and give it more notoriety.”
The 2021 FCBL Home Run Derby champion and MVP offered some advice to local student-athletes going through a slump, suffering from adversity, or questioning their own talent.
“The biggest thing,” he said, “is I stuck with it through all the adversity. I know it’s cliché but ‘never give up on your dreams, never let people work harder than you, and believe in good things.’”
Bartels will enter his final season at Penn State in 2022 with his eye toward the future.
“I’m still chasing that dream I’ve had my whole life of playing professional baseball. I think I’ve shown that I can play at a high level.”