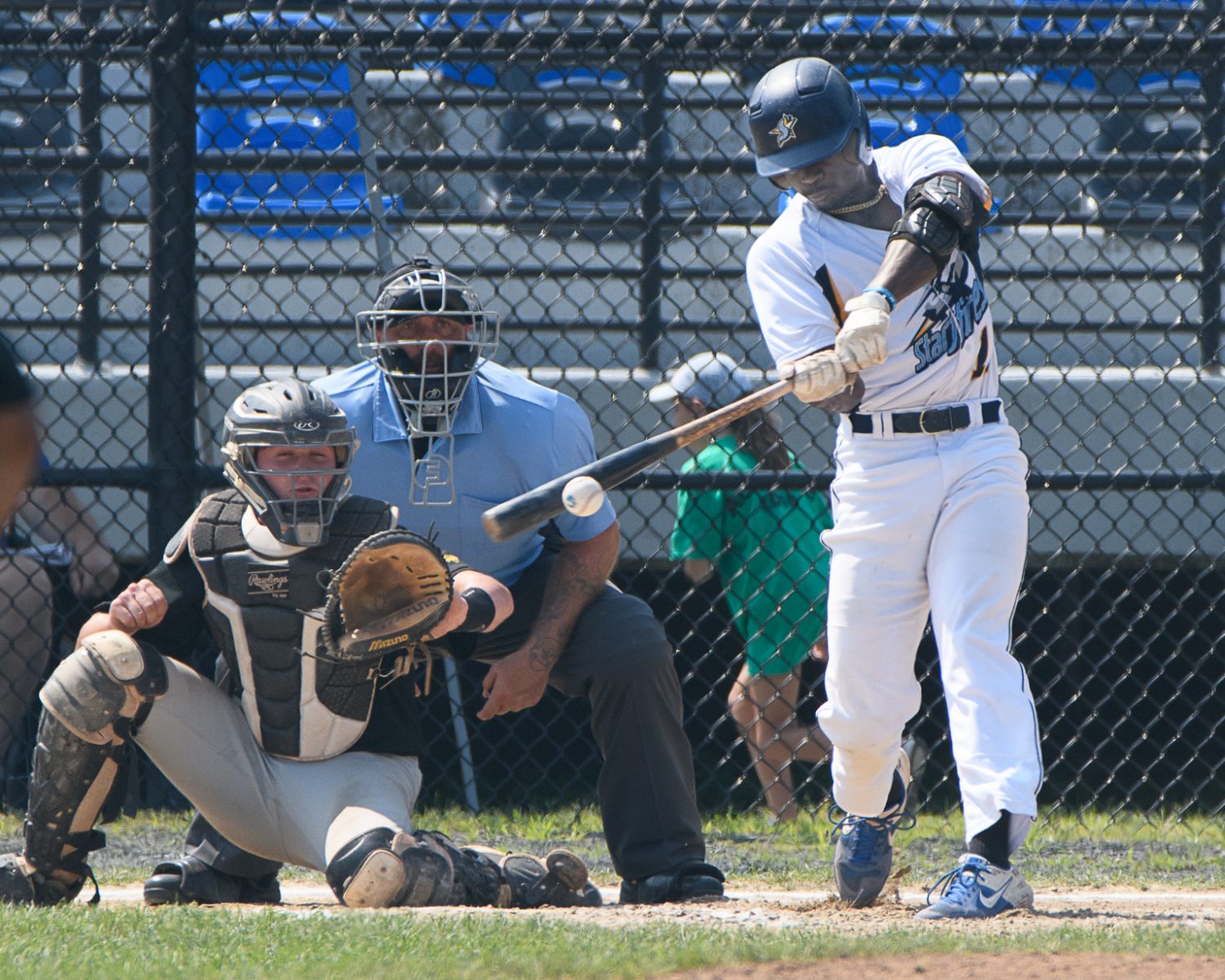 WESTFIELD – If you were wondering who turned up the dial on the thermostat, it was the Westfield Starfires.
The Westfield Starfires delivered a red-hot performance at the plate in their latest Futures Collegiate Baseball League contest, scorching the Pittsfield Suns 16-6 in eight innings of a morning tilt Tuesday at Bullens Field.
Seven Westfield batters had multi-hit games, including first baseman Peter DeMaria (Tufts), of Chatham, N.J., who accounted for nearly half of all the Starfires RBIs against Pittsfield. DeMaria went 4-for-5 with a home run, two doubles, and a run scored. 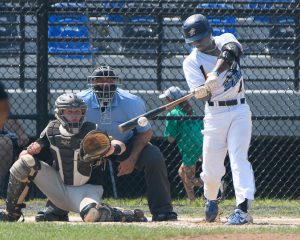 “I felt really comfortable in the box today and had a good pregame BP (batting practice),” DeMaria said. “I just wanted to translate that into the game and not try to do too much.”
DeMaria’s first at-bat did not go so well as the Starfires infielder struck out to begin the second inning but he did not let that affect his overall performance.
“I just don’t want to let one at-bat determine the rest of the day,” DeMaria said. “You have to have a short memory in baseball so after a strikeout, you know what you did wrong, you make the adjustment and you go for your next at-bats coming up. I was able to shake it, stay positive, and go get it the next at-bat.”
In his next at-bat, with the bases loaded and the game tied 1-1, DeMaria took one for the team when he was hit by a pitch, pushing the go-ahead run across.
Pittsfield reclaimed the lead in the top of the fourth with a Jack Cooney three-run blast that cleared the left field fence. A Javier Rosales RBI single, his second of the game, and a run-scoring wild pitch increased the Suns lead to 6-2.
Westfield bounced back in the bottom half of the fourth. Henry Martinez smacked a two-run home run to right field. Jaden Brown (4-for-4) hit a RBI single. DeMaria followed with a two-run double to center field to give the Starfires a 7-6 advantage.
The home field magic was in full effect as Westfield continued to build upon its lead. Brown opened the sixth inning with a double. DeMaria followed with a two-run home run to straightaway center field. The Starfires made it 10-6 with a run-scoring single from Martinez.
The lead continued to swell for the home team.
Meyer hit a solo homer with one out in the seventh. Brown singled and scored on a DeMaria RBI double. A Cody Bey RBI single increased the lead to 13-6.
Westfield mercifully ended the shellacking in the eighth, tacking on three more runs to end the game. The big hits in the inning included a RBI double from Cole Bartels (3-for-5, walk) and a DeMaria RBI single. A run-scoring error ended it.
Westfield finished with 20 hits.
“The whole season our guys are really good at grinding out at-bats,” Westfield Starfires manager Tony Deshler said. “They know in hitting counts what pitches they are attacking. Once we get rolling, it’s seriously contagious.”
It was a key victory for Westfield, which improved to 23-24. With the victory, the Starfires pulled within one game of a tie for the final playoff spot. The top four teams in the FCBL qualify for the postseason.
“We just have to beat the teams in front of us,” Deshler said. “It’s almost like we’re almost a little bit allergic of being .500 because we can’t get over that hump. The goal for this week is get over that hump.”
Westfield stumbled out of the gate to begin the 2021 season, losing six of its first seven games. Last week, the Starfires won a team record five straight games.
Said Deshler: “Now we have to take care of business.”

PIRATES INK FORMER STARFIRE: The Pittsburgh Pirates have signed former Westfield Starfires pitcher Nick Dombkowski, of West Springfield to a minor league contract. Dombkowski went 3-0 with a 0.90 ERA during his final season pitching for the University of Hartford.

SAVE THE DATE: The Westfield Starfires will hold West Springfield Night Thursday evening against the Pittsfield Suns. First pitch at Bullens Field is at 6:30 p.m.
Other upcoming Starfires events include a post-game fireworks display (Aug. 6), a beer festival featuring local breweries (Aug. 7), and the first-ever pre-sell out game sponsored by Westfield Gas & Electric (Aug. 13).