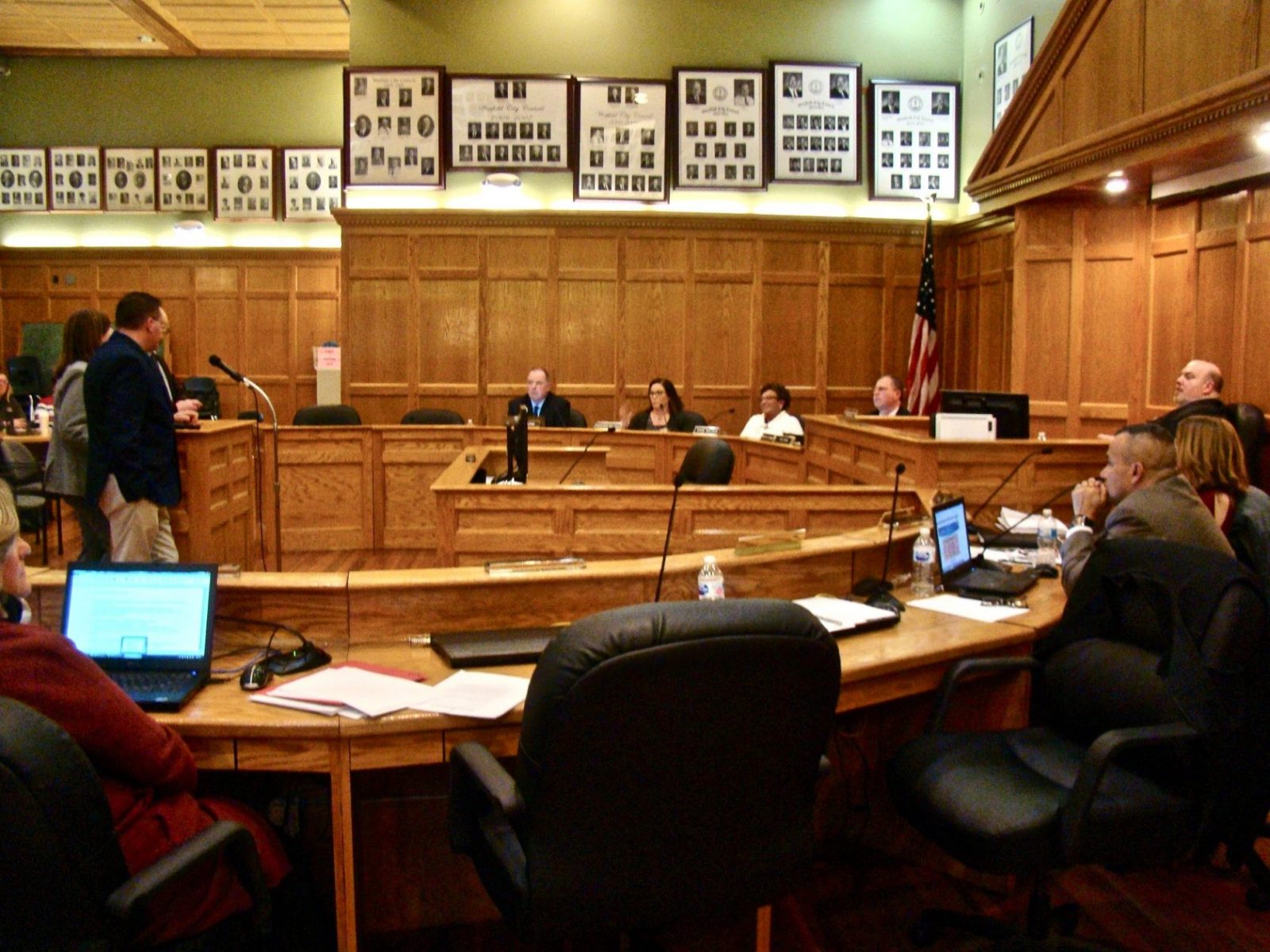 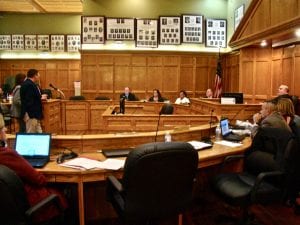 WESTFIELD – Cindy Sullivan, secretary of the School Committee, summarized the results of the superintendent’s evaluation at the June 15 meeting as “exemplary.”

“We’re very lucky and fortunate to have you,” Sullivan said to Superintendent Stefan Czaporowski, who is completing his fourth year in the position.

Mayor Donald F. Humason Jr., who serves as de facto chairman of the School Committee, explained that he had not filled out the evaluation, having been on the job only five months, although he added that he agreed with the remarks made on the evaluation.

The School Committee ranked the superintendent in professional practice, student learning, in both of which he was found to have exceeded the goals, and in district improvement, which he received a split ranking of met and exceeded.

Czaporowski was rated exemplary in instructional leadership and family and community engagement; and evenly split between proficient and exemplary in management and operations, and professional culture.

Sullivan said there were no unsatisfactory or needs improvement ratings in the evaluation.

Sullivan said she read everyone’s comments to create a summary. “I tried to include as much as I could of people’s comments. Overall, the committee felt agreement in a lot of the areas,” she said. “These ratings are a clear indication that Mr. Czaporowski has worked tremendously hard with extraordinary outcomes under out of the ordinary circumstances.”

Sullivan said he received an overall rating of “High” on his impact on student learning, the highest achievable rating that could be given.

“The superintendent works passionately to promote the learning and growth of all students by creating a shared vision that has a positive impact on the climate and attitude of the entire school system,” Sullivan wrote in the summary.

She cited the district’s student dropout rate, which has decreased as a direct result of his intervention and implementation of the Pathways alternative high school program, and his work to improve the needs of special education, while streamlining the IEP process.

“Special Education and the needs of our students at WPS is a moving target, and continues to have budgetary implications far reaching and forever changing. He has expressed a continued desire to improve SPED outcomes, and recognizes it is an area of need in our district,” Sullivan said.

In her summary, Sullivan also pointed to Czaporowski’s work on new career paths being added to the high school, and on doubling the college dual enrollment opportunities in the district. She called his approach “student-focused,” and cited his ability to recruit and maintain a central office staff who share the same vision.

Sullivan talked about how COVID-19 turned education “on its head” in March, and the impacts to the budget and the district which have not been fully realized. She said Czaporowski was able to lead his team through different budget scenarios “at a moment’s notice,” and to implement several contingency plans moving forward.

“Remote learning has been a huge challenge and he recognizes that people have been doing amazing things while he (has) also been able to identify areas for improvement,” Sullivan said.

“Stefan leads a large district with different economic backgrounds, different skill sets and different learning styles but has proven he can multi-task and be extremely effective in a very challenging position. The district is lucky to have Mr. Czaporowski and we look forward to supporting him during the FY21 budget and the 20-21 school year,” Sullivan concluded in the summary.

“I think the report says it all. It is a challenging job with a lot of moving parts,” said Vice-Chair Tim O’Connor. He said the report captured what everybody has said, and the effort that Czaporowski puts into the job “day in and day out.”

“After a year and a half, I’ve come to learn Stefan works 24-hours a day. Phone calls are always answered, (as are) emails,” said Bo Sullivan.

“You came in as a young superintendent, four years (ago) now, and you have become a seasoned veteran in my eyes,” said Diane Mayhew, who added that she appreciates all the hours the superintendent puts in, and all of the meetings he attends. “Keep up the good work,” she said.

Cindy Sullivan said all of the evaluations become public record. “The School Committee separately said very similar things about you without having a discussion about it,” she said.

“If you’re doing it for the students, who can argue. I was on the selection of superintendent when Stefan came on board. Stefan had the passion, and it came across in the interview. We made the right choice a long time ago,” said Ramon Diaz, Jr.