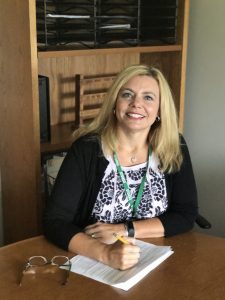 SOUTHWICK – Southwick-Tolland-Granville School Superintendent Jennifer Willard told families this week via email that the district is working on plans for the coming school year.

Just days before the last official day of school, Willard wrote that she was aware there are many questions about what school will be like this fall and said “we are working closely with the Department of Elementary and Secondary Education to identify what school will look like.

“Jeff Riley, the Commissioner of the Massachusetts Department of Elementary and Secondary Education (MA DESE) anticipates the release of initial guidance for fall back to school planning by the end of next week.  Commissioner Riley stresses that it is important for us to move together as a state and has urged districts to wait for his guidance before moving forward with fall planning.”

Willard and school administrators have been researching best practices ahead of DESE’s guidelines. Willard stressed they were gathering information on how to best support students with learning, mental health and social and emotional needs in “both remote and hybrid (part time at home, part time in school) learning models.”

Willard said whatever model DESE recommends, the district will focus on developing robust direct instruction with grade-level content as the academic priority.

Parent Lindsay Kelso said she does not think a hybrid approach will be successful.

Kelso has two children in the district, one entering seventh grade and the other entering ninth grade. She said their experience the past three months was “rough.”

The biggest hurdle for the Kelsos was technology.

“It is wonderful that the school bought chromebooks and gave them to students, but they don’t use Google Classroom,” she said. “We had a lot of trouble trying to open things because they used Teams, which is a Microsoft platform. If you’re going to use Google-based equipment, you need to use a Google-based program.”

Kelso said another concern was with her older son’s schedule, which took a few weeks to figure out because not only was he taking eighth grade classes, but he also had high school classes and the two different schedules took time to navigate.

“I’ve been staying home with my sons and we went from a two-income family to one income,” she said. “I don’t know what will happen if this continues. Parents will need to figure out new work schedules or find different jobs — they can’t expect their employer to schedule them week to week based on the school schedule.”

Kelso said no matter what happens, she hopes sports will continue.

“These kids need that,” she said. “They need the activity and they need to socialize.”

Willard said the district adopted the following Building Blocks of Equitable Remote Learning (developed by LearnLaunch Institute) as the backbone of its planning:

Address the needs of English learners

Groups of district staff will begin working groups once DESE releases its recommendation. The groups will include “a range of district, school, and community stakeholders to work on our reopening plans over the summer,” according to Willard’s letter.

Families are asked to update contact information and check emails because the district will send regular updates. Willard stated she will also keep students and their families informed through video updates.

“Throughout the summer, I will be presenting bimonthly superintendent updates on the first and third Tuesday of the month. During these webinar format updates, I will review any new information on the reopening of school,” she wrote.

Willard thanked families for their support of teachers and students throughout the school building closure and wished everyone a happy and health summer.