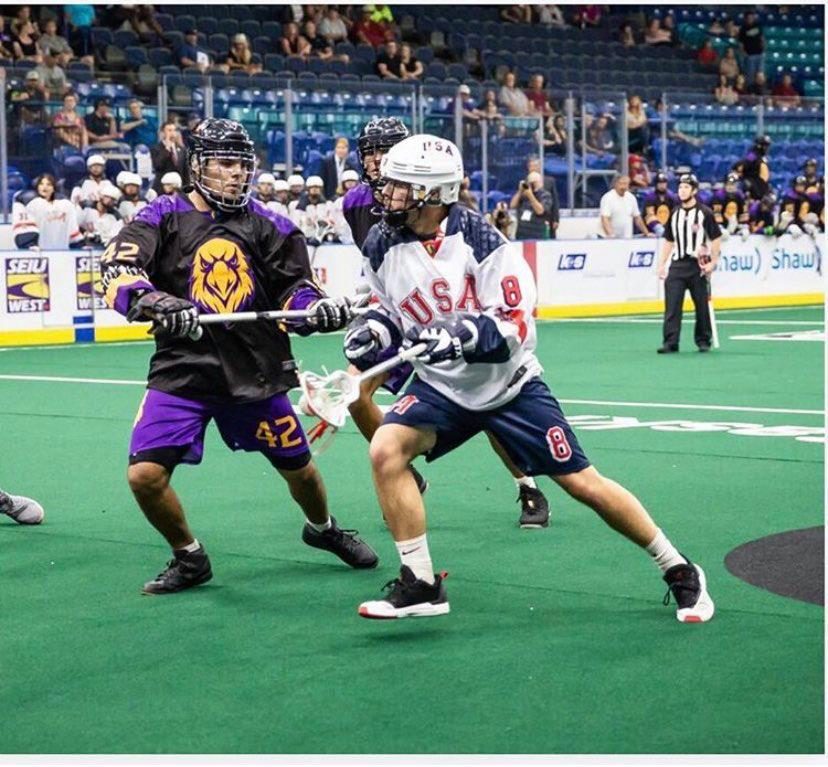 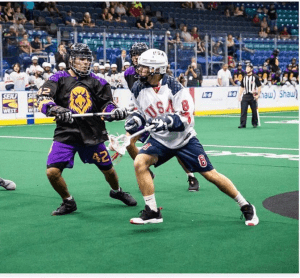 WEST SPRINGFIELD – Camden Smith of West Springfield had plans of spending his summer in Canada playing lacrosse. Despite his initial summer plans being canceled, he’s determined to not let the coronavirus take away his chance to play and spread his love of the sport.

Smith, who recently finished his freshman year at the College of St. Rose in Albany, grew up in West Springfield and graduated from the Wilbraham Monson Academy in 2019. While he grew up surrounded by cousins who played the sport, Smith said he didn’t begin playing on a team until around sixth grade.

“I got a real passion for the game, seeing how much it meant to them, not just the sport but the culture,” he said.

Smith, who was named to the USA Junior Indoor Lacrosse team in 2018, was supposed to spend his summer living on the Akwesasne Reserve in Quebec, Canada and playing junior’s lacrosse. However with the ongoing coronavirus pandemic Smith was forced to cancel his plans and spend his summer in his hometown of West Springfield.

To make the most of his skills, Smith decided to host training sessions for those in West Springfield and surrounding communities interested in learning or brushing up on their lacrosse skills. “It’s going to be more like individual training to get more of an impactful one on one lessons. People will contact me and I’ll make a schedule,” he said.

Smith said trainings will run $40 per session, “whether it be weekly or two times a week.” He added that “sessions will last anywhere from an hour and a half to two hours.”

Smith said he originally planned to host the sessions at the Tathum School, but after discovering “the nets were closed,” he decided to host the sessions in his own backyard, where he has nets available. Precautions Smith pans to take include having “not any more than two kids per session,” and social distancing. He said he will not require those participating in sessions to wear a mask as they will be outside the entire duration of the session.

“My mom is in the medical field, so I’m going to keep it real safe,” he said.

Participants will need a helmet, gloves, a lacrosse stick and cleats. To sign, email [email protected]

“The game has taken me so far in life, places I couldn’t even imagine going without lacrosse,” he said, adding that while he was able to get better opportunities and better practice the sport, he knows not everyone in western Massachusetts will get that opportunity.