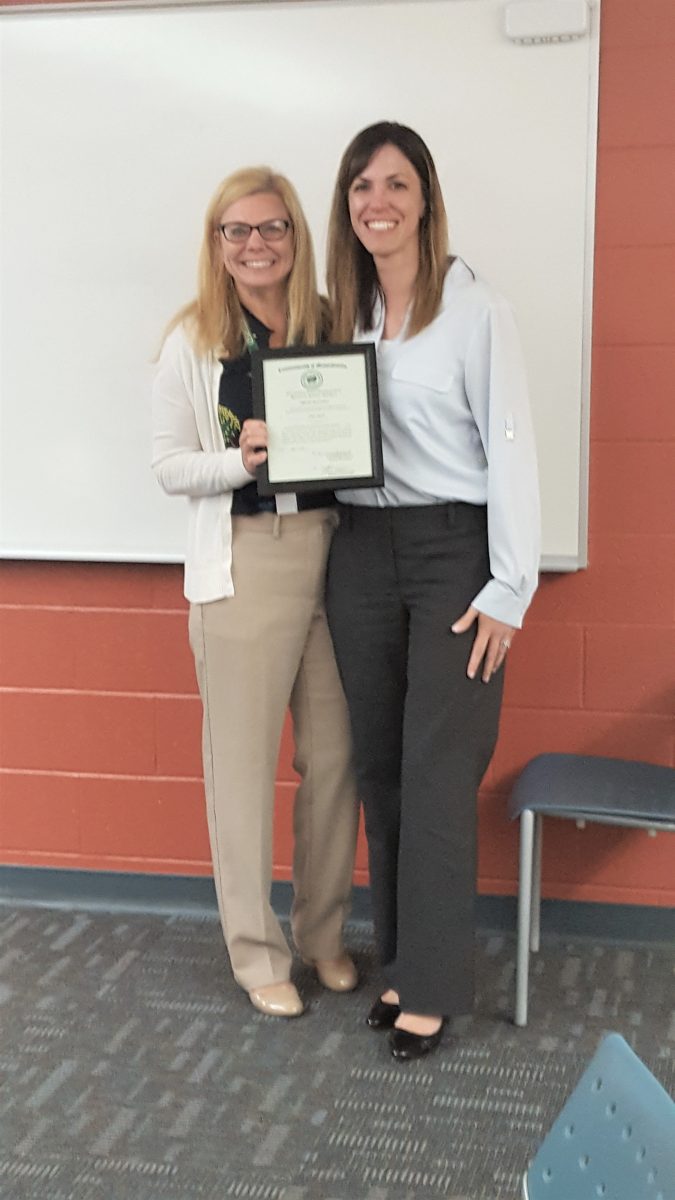 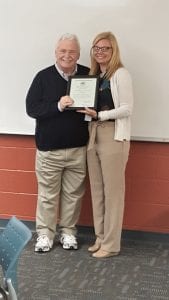 The meeting began with the discussion on hiring a new full-time school nurse for the district, as the current nurse is retiring. Sophie Hanafan was the sole candidate for the position, and she was brought before the committee. Hanafan is the current part-time float nurse for all of the Agawam schools, meaning she takes calls to each school and administers scheduled screenings for the kids. She also works within the Baystate Health system.

Hanafan said she would do her part to help mitigate the spread of vaping, tobacco and drugs amongst the students, and do her best to keep them healthy and in school. The committee later voted unanimously to accept Hanafan as the next nurse.

The committee then reviewed and edited some districts policies. One such policy, as read by Stack, was that they should establish monitors for daycares with a lot of children who take the bus. The updated policy would allow for district employees to act as monitors and for the daycare to be compensated for the payment of that monitor. Stack also cited that there would be checks and balances going forward between the parents of kids and the daycares.

There was also an edit to the tobacco use policy within the school district that would incorporate vaping into the policy umbrella. The new policy would impose fines to students caught vaping in school and require them to attend a diversion program as well. The fines and the program would change if a student is caught multiple times.

The next discussed policy had to do with social media use amongst everyone, including faculty and staff, in the district. Stack reminded the committee that everyone is liable for their actions on social media, especially when it is used on school district networks. The policy is effectively an update to include newer forms of social media. If a staff member is seen by a member of the administration or fellow staff member posting something questionable on social media, the principal or superintendent will have a discussion with the staff member in question. 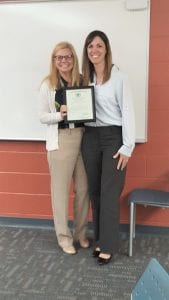 Amy Stack receives a certificate May 22 from STGRSD Superintendent Jennifer Willard in recognition of her two years on the School Committee. (Peter Currier Photo)

A similar policy that was updated had to do with the acceptable use of school media property and its use outside the scope of social media. The committee took the time to talk about how anything done on a school computer can be seen by the school. All of the mentioned policies were approved unanimously.

“It has been a great experience for me. Thank you for allowing me to contribute and be a part of this amazing group and community,” she said.