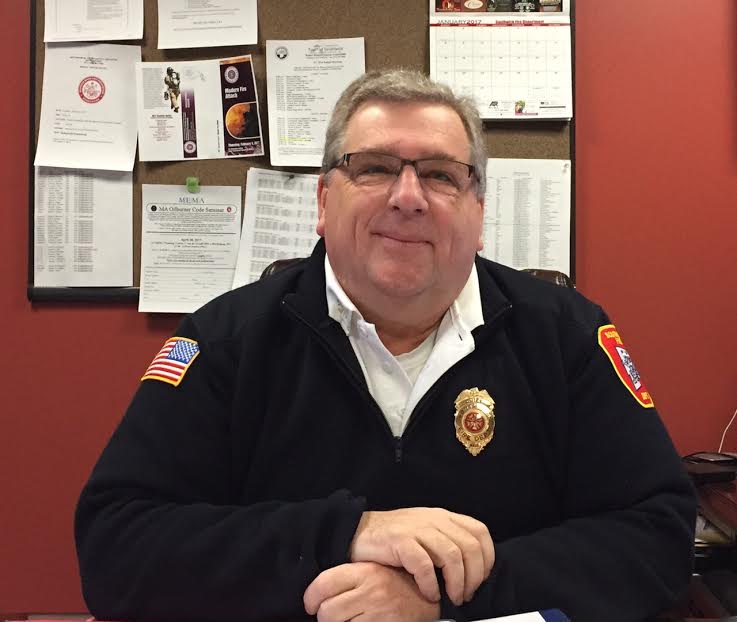 SOUTHWICK – The Southwick  Fire Department continues to struggle with retaining career firefighter/paramedics, however Chief Russ Anderson said all shifts are covered and resident safety is the priority.

“Some of the folks we’ve hired stay here a while, then leave,” Anderson said.

The biggest factor in their decision, he said, is often the pay rate.

“We’re losing people to neighboring communities that provide a better pay scale,” he said. “And the hours are different – some people like 24-hour shifts versus four day on, four days off.”

Anderson said those two factors are “some of the challenges we face. It’s frustrating.”

Southwick currently has four career firefighters and two provisional firefighters. Of those, two are paramedics and two are in paramedic school. There are also five new per diem paramedics covering the night shift. The town has three years to be fully staffed with 24-hour paramedics to be an Advanced Life Support department, which is the goal.

Anderson said the search is ongoing.

“We are actively recruiting both per diem and career paramedics,” he said. “That’s going to be ongoing. There will be attrition and we do have some Basic EMTs to keep us staffed.”

Anderson said Southwick is not a civil service community and next year a new civil service list will come out, which could draw paramedics to bigger communities.

“We are not alone though. There is a paramedic shortage state-wide,” said Anderson.

Anderson said the good news is they have three years to be fully staffed with paramedics and “we are fulfilling that promise about 75% of the time.”