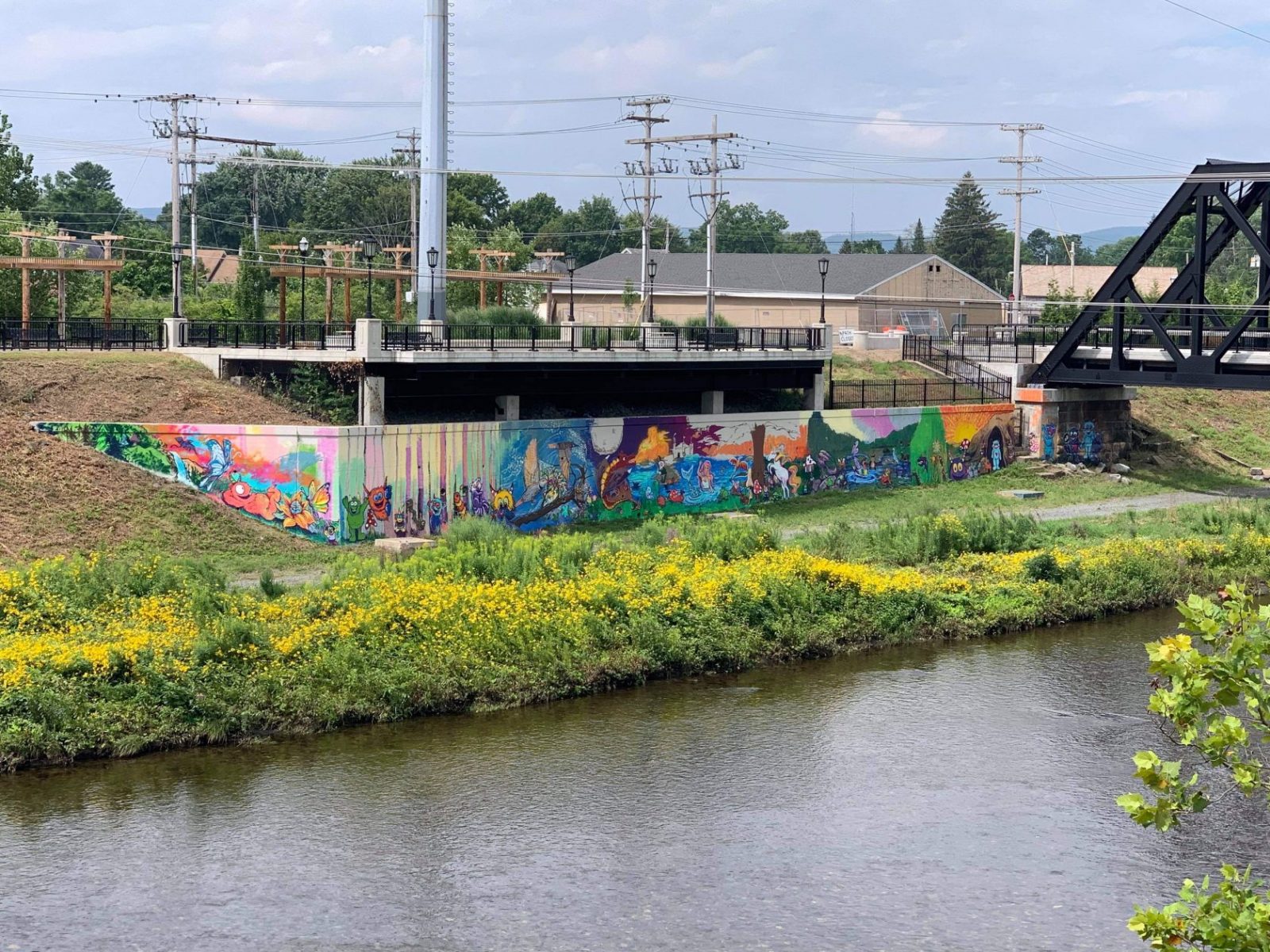 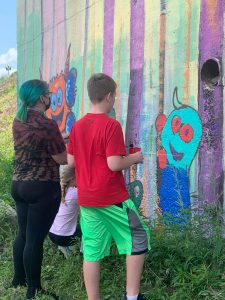 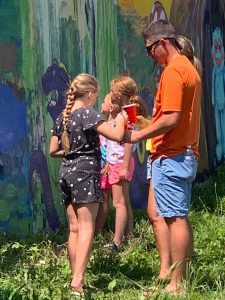 Artist Shannon Chiba spearheaded the effort and said the mural, located at the esplanade on the west side of the Great River bridges, is getting down to the details.

“Fine details and more color are being added, and community painting is done,” said Chiba. “We had so many enthusiastic and talented painters that the mural is almost chock-full of fantastic creatures and landscapes. One close look at the mural, and you can see all of the beautiful details and thought that went into the creations.”

ArtWorks completed its first mural in the tunnel under the Columbia Greenway Rail Trail at Taylor Avenue last summer. The community was invited to participate in the painting, and Chiba said it was a success. That mural depicts the theme “Heroes Are Everywhere.” Organizers quickly began planning a second mural and included the community again after the August 2020 dedication.

“Having residents participate in painting is one of the singular most rewarding aspects of painting community murals,” said Chiba. “Each painter gives a mural their personal touch and artistic expression. As we painted this mural, a new way of collaboration began to unfold: folks really like to fill in a design of choice.”

Chiba said the process for the second mural was a bit different than the first.

“Artworks learned this from the last mural, but the designs then were initially in chalk,” she said. “Making outlines in spray paint gives folks a darker and more permanent line — they feel more confident when they have a clear boundary. With this mural, we also gave folks the ability to request a creature, create a creature or paint the background. Folks were comfortable with artists thoughtfully enhancing their works, and the results from collaboration are stunning.”

Youth from the Greater Westfield Boys & Girls Club, under the direction of Jocelyn Carella-Erickson, participated in the painting and learned many techniques.

“This talented group of artists stunned this artist with their imagination and creativity,” said Chiba. “This week, the kids learned about spray paint, how to be safe with it and the effects it gives. Rocks were painted at the mural entrance and detail work was done.”

The next step is sealing the mural to preserve it.

ArtWorks may plan an October mural dedication ceremony, said Chiba and ArtWorks Westfield President Bill Westerlind. He and Chiba said support for the project was overwhelming.

“Much thanks goes out to the city of Westfield for their continued support of arts and culture in our city,” said Chiba. “The DPW did an excellent job keeping the mural area clean, and folks are surely noticing.”

“The mural has been financially supported by a grant from the Westfield Cultural Council and local sponsors including C&S Wholesale Grocers, Westfield Gas & Electric, Delaney’s Market — Westfield and The Lumber Centre,” he said. 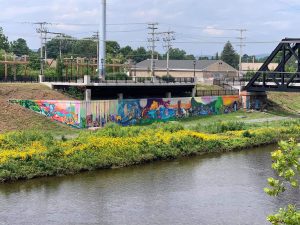