Senators Don Humason (R-Westfield) and Adam G. Hinds (D-Pittsfield) proposed an amendment entitled “Highway West,” which mirrored the amendment sponsored by Representative William “Smitty” Pignatelli (D-Lenox), to study the feasibility of adding a turnpike exit between Exit 2 and Exit 3 on the Massachusetts Turnpike. 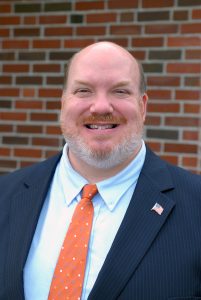 The language in the Senate amendment SECTION 77A. reads:
(a) The Massachusetts Department of Transportation shall conduct a feasibility study relative to the establishment of an interchange on interstate highway route 90 between the existing interchanges located in the city of Westfield and the town of Lee. The study shall examine and evaluate the costs and economic opportunities related to establishing the interchange between the city of Westfield and the town of Lee including, but not limited to: (i) the projected capital costs; (ii) the projected operating costs; (iii) the projected use levels; (iv) the environmental and community impact estimates; (v) the availability of federal, state, local and private sector funding sources; and (vi) the resulting economic, social and cultural benefits to the surrounding region and the commonwealth.
(b) The department shall file a report of the results of its study with the clerks of the senate and house of representatives, the chairs of the senate and house committees on ways and means and the senate and house chairs of the joint committee on transportation not later than July 1, 2018. 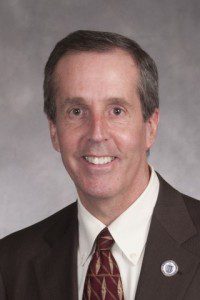 In the amendment proposed by Pignatelli, the report was requested by January 1, 2018.

“The distance between exits two and three of the turnpike is the longest on the state highway.” said Rep. Pignatelli after passage of the House amendment. “A new exit there could potentially be a huge economic driver for the area while relieving congestion in Westfield. With the implementation of the new all electronic tolling system, a new exit is more feasible now than it has ever been,” he added.

Another amendment, “Rural Sparsity Aid” based on a proposal pushed by rural regional school districts throughout the state, also passed the Senate.

The language in the Rural Sparsity Aid amendment, also sponsored by Senator Hinds and Humason reads:

SECTION 115. The department of elementary and secondary education shall conduct a feasibility study relative to establishing a formula for aid to be distributed to rural school districts in the Commonwealth. Said formula shall include, but not be limited to, such criteria as total student enrollment, density of student enrollment per square mile, per capita income and other factors pertaining to rural school district funding. The department shall report the results of the study to the joint committee on education, the house and senate committees on ways and means and the rural policy commission no later than January 1, 2018. 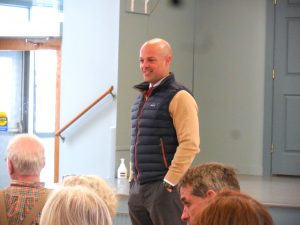 When Hinds visited Huntington in March, he said the total budget impact of the rural aid proposal from the coalition would be $22 million, which Hinds said was not a lot of money relative to the budget, and would have a huge impact on the communities.

Humason also sponsored an amendment to increase regional transportation reimbursement by $5 million to a total of $66,021,000, which was rejected by the Senate.

According to a release sent out last week by Hinds’ office, the figure ultimately approved by the Senate was $62,271,000 for the regional school transportation reimbursement account, equal to 73% of total estimated costs.

Hinds also asked for a foundation budget review, which is the amount the state determines each town must pay. The “Regional School District Foundation Budget Commission”, supported by Humason and Hinds, also passed the Senate budget.

Now that the Senate budget debate has concluded, a 6-member conference committee will be appointed by the Speaker of the House and Senate President to negotiate a final compromise budget to be approved by both chambers and sent to the Governor. Fiscal Year 2018 begins on July 1, 2017.

In a column in The Westfield News last week, Humason talked about the current budget shortfall in the Commonwealth as the end of the current fiscal year approaches.

“Revenue estimates made about a year ago proved to be too optimistic and we are currently below projected revenue estimates by nearly $460 million. The Senate President and Senate Ways and Means Committee Chairwoman have expressed hope that May revenue numbers will come in back on track but even if they do the state is likely to conclude the fiscal year with a budget deficit,” Humason wrote.

“That Conference Committee will likely need to make real, substantive cuts to the final budget report to bring expenditures in line with projected receipts,” he added.

Final action on the 1,031 amendments before the Senate can be viewed online at: https://malegislature.gov/Budget/FY2018/SenateDebate.