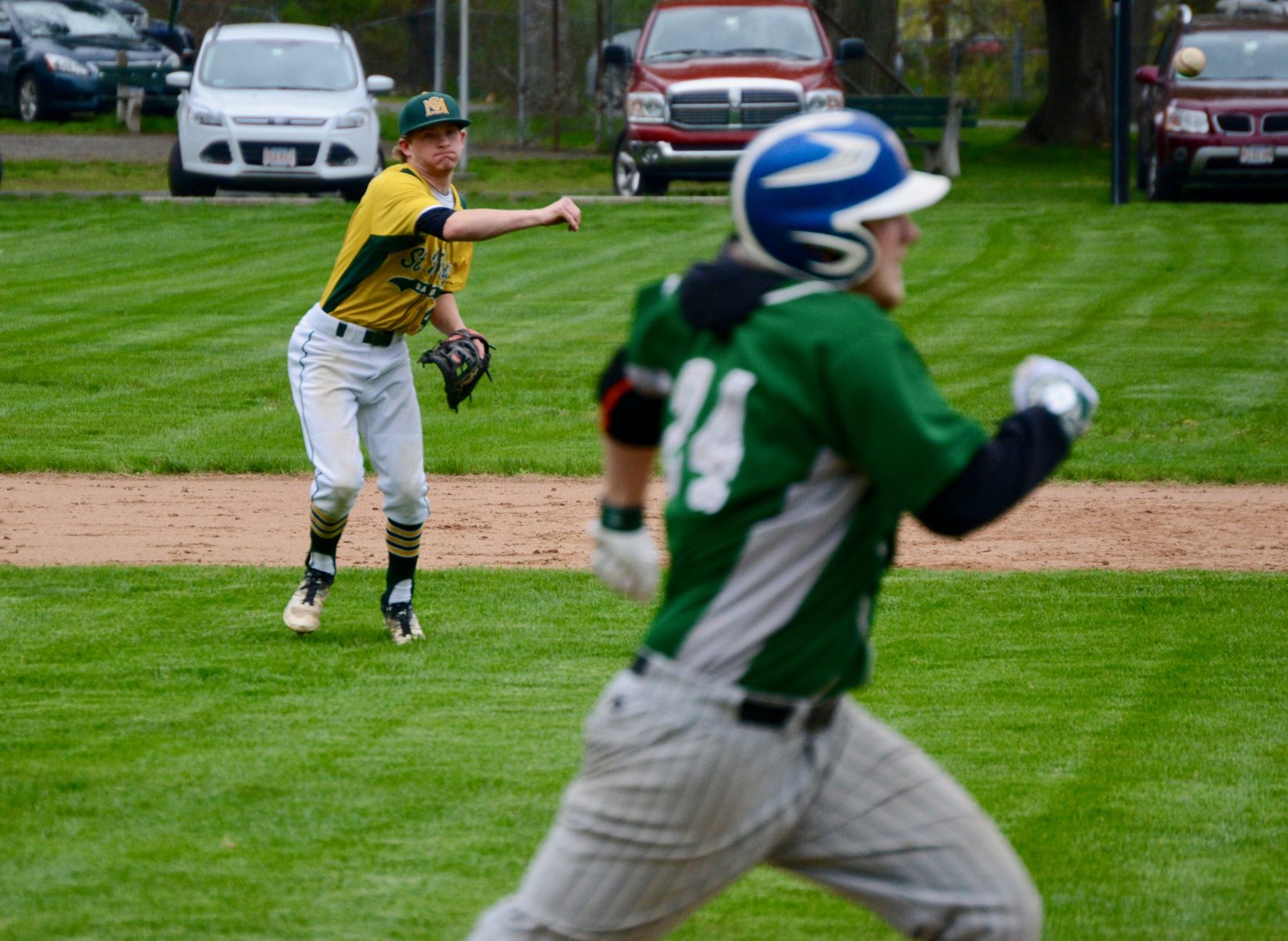 WESTFIELD – If the Whip City is in a state of shock Tuesday, it is for good reason. Two high school baseball teams from the City of Westfield – St. Mary and Westfield – were upset in dramatic fashion Monday. 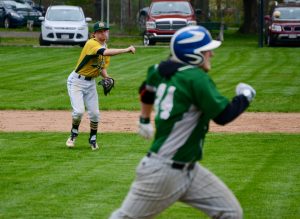 St. Mary’s shortstop Matt Masciadrelli throws out a Ware Indian after fielding the ball in the infield. (Photo by Chris Putz)

Will Echeverria went 2-for-4 to lead Longmeadow, Max Winkler (RBI) and Tyler Achatz collected one hit apiece, Justin Smith had a run and RBI, and Nolan Brown and Horowitz each scored a run.
Stefan Krol and Aidan Dunn both went 2-for-3 for Westfield (5-4). Bombers’ J.D. Huntley (RBI) and Sean Moorhouse (run) each had a hit.
Longmeadow jumped out to a 2-0 lead with a pair of second-inning runs. Brown hit a soft grounder to the pitcher that was thrown away into center field, putting runners at the corners with one out. A fielder’s choice and infield single both resulted in runs.
Westfield cut the lead in half with a bases loaded walk in the bottom half of the third. Longmeadow tacked the run back on for insurance in the top of the seventh when the pitcher made an errant throw on a ground ball, resulting in the Lancers’ third run.

Gators lose heartbreaker
Lee 8, Gateway 7
Dan Brittland led the Gateway hit attack with a 3-for-4 day at the plate and two RBIs. Gators’ Erica Wolfe went 2-for-4 and made two sensational rally killing throw-outs at third base all the way from center field
“We did pound out 15 hits,” Gateway coach Matt Bonenfant. “We just came up on the short end of the stick.”