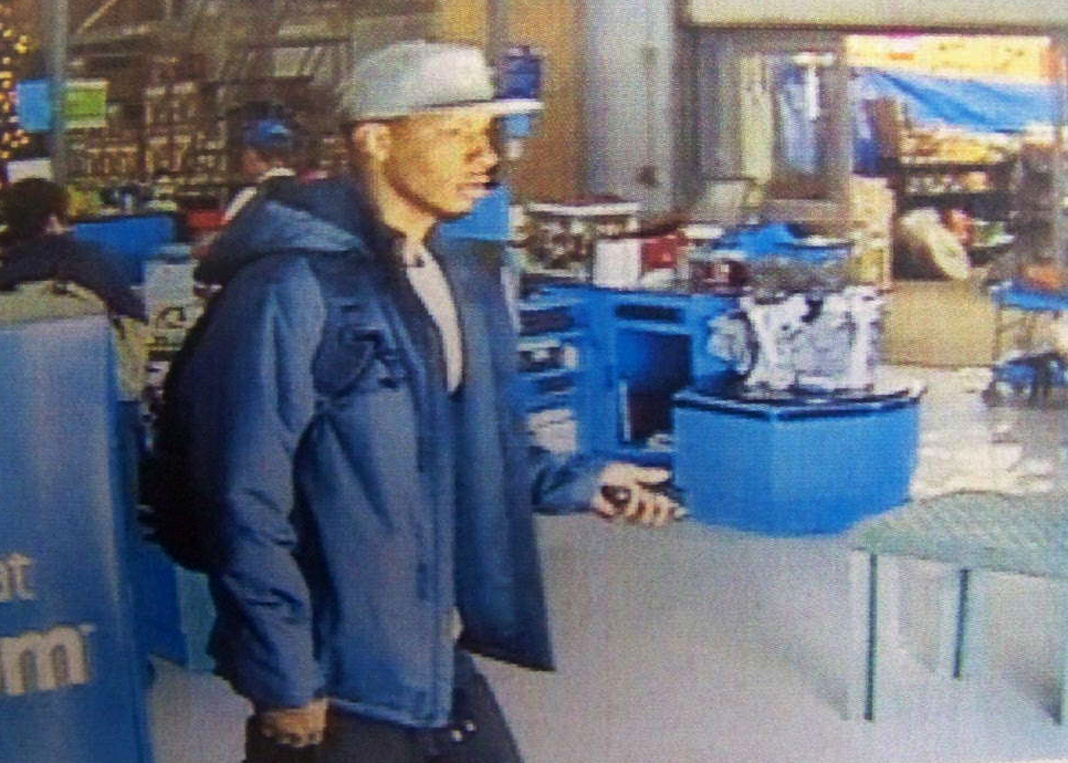 WESTFIELD – City detectives are asking for help from the public to identify a shoplifter who fled from store employees at the Walmart store on Springfield Road Monday afternoon.
A caller from the store reported the incident at 12:57 p.m. and said that the man had fled. Officers Jeffrey Vigneault and David Burl responded to the store.
Vigneault reports that a loss prevention officer at the store said that a Hispanic male party wearing black sweatpants and carrying a backpack was seen in the store and observed concealing four MP3 players in his sweatpants.
The store employee said that the man was accosted when he attempted to leave without paying for the merchandise and he surrendered three MP3 players before pushing away from the employee and fleeing the store on a black and white bicycle. He is believed to have traveled in a westerly direction when he left the store parking lot.
Store employees said that he had stolen at least one MP3 player and a pair of headphone.
Burl’s search of the area did not reveal the suspect.
The man captured on the store’s security video is described as a Hispanic male wearing a blue jacket, a gray ball cap with his black sweat pants and carrying a black backpack.
Anybody who can identify the suspect or has any information about him is asked to call the Detective Bureau at 413-572-6400.