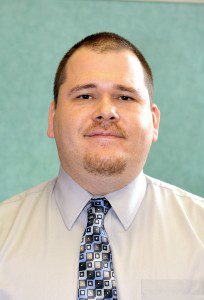 WESTFIELD – Health Director Michael Suckau reported last night to the Board of Health that city officials plan to change the recycling collection system to increase recycling participation by city residents, thus reducing the cost of having rubbish hauled from the transfer station.
Suckau said that city and state officials met this week to discuss a change from the current two stream recycling program, which has containers for paper and cardboard, and for glass, plastic and metal, to a single collection container for all recyclable materials.
Suckau said the City of Chicopee, which recently converted to the single-stream recycling approach, estimates it has cut its recycling costs by $170,000.
“You cut down on the cost of labor, you cut down on the cost of workman’s compensation, you cut down on the cost of vehicles and fuel,” Suckau said. “Everyone in the room for that discussion feels it makes sense, and it increases your volume of recycled materials because people don’t have to separate everything.”
Suckau said Department of Public Works Superintendent Jim Mulvenna has estimated that the cost of purchasing new barrels, through a seven-year lease-to-own program, is about $100,000 a year and that the Department of Environmental Protection will issue a grant of $100,000 for the purchase of the new containers, as well as $50,000 for a resident education program.
In the past, the city has bonded for the trash containers now used by residents through a similar lease-to-own program.
“The $100,000 DEP grant will be a reimbursement after the new containers are acquired, so it will cover the first year of the lease payment,” Suckau said.
Health Board Commissioner John Lehman said that many residents do not participate in the current recycling program because of the fact that the current collection bins have to be carried to the curb, a problem for many senior residents.
“The new containers have to have wheels. A lot of people can’t carry the newspaper (bin) out to the curb,” Lehman said. “If people don’t have to sort and the containers have wheels, we should see an increase in the recycling volume.”
Suckau said the new barrels, similar to the barrels now used for curb-side trash collection, are compatible with the trucks being purchased with a left arm controlled from inside the cab of the refuse trucks. Those trucks are replacing the trucks that require the driver to get out of the cab to operate the lift arm.
Mayor Daniel M. Knapik said that the cost of disposing of rubbish needs to be curbed and that increased recycling will accomplish that goal. Knapik has said that he feels the current trash containers, which are 96 gallon containers, should be used for recycling and the 64-gallon containers that the city will purchase be used for rubbish.
“Most communities in the area use the larger containers for recycling and the small barrel for trash,” Suckau said. “Another advantage of that is a lot of people do not recycle cardboard now because they have to cut it up, but cardboard will fit easily into the larger container.”
Suckau said the single-stream program will be instituted shortly after the new containers are purchased, but could not give the Health Board members a firm timetable.
“That’s basically a decision of the executive branch, how and when they feel they can finance the new container purchase,” Suckau said. “Once that is done and we get the new barrels, we should be able to roll out the single-stream recycling program in a couple of weeks.”