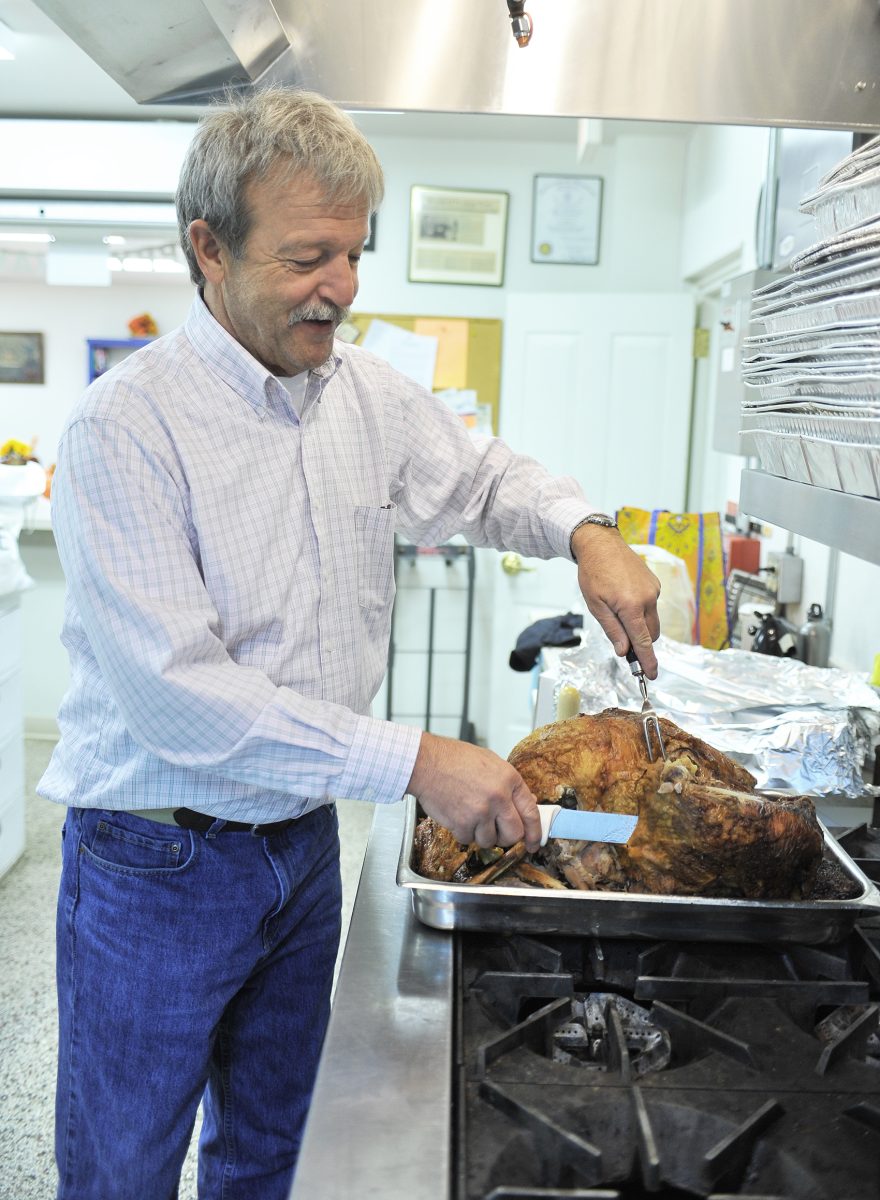 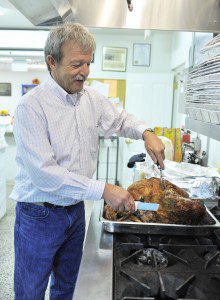 Mike Regensburger of Westfield, a volunteer at the Westfield Soup Kitchen, is seen slicing a turkey before a past Thanksgiving dinner. (THE WESTFIELD NEWS PHOTO)

WESTFIELD-As organizations continue to evaluate their operations under the threat of a coronavirus pandemic in the Greater Westfield area, board members of Our Community Table Westfield Soup Kitchen have taken an unprecedented move and suspended meals this week.

“Due to COVID-19 concerns, we will be suspending soup kitchen operations starting March 16 through March 22,” according to an early morning Facebook post. “We will be assessing whether to resume operations as a take-out service to begin March 23.”

John Danahey, president of the board of directors, said in an interview Monday afternoon that the decision was difficult to make.

“This was not an easy decision as we know that we provide an important service to the community,” said Danahey. “However, the safety of our volunteers, many of whom are seniors, is a high priority.”

The soup kitchen, a 100% volunteer operation, is located at the corner of 101 Meadow St. and White Street, and serves an average of 40 to 60 people each night except Saturdays.

“We know that some groups will not be available,” said Danahey, noting that a group from Westfield State University was sent home from campus. “Our meal providers purchase the food with their own funds, prepare the meal, serve our guests, and clean up.”

During this week, board members will be researching and evaluating the potential of opening a take-out service on March 23.

“The movement to a take-out operation will have additional short-term costs, so donations are always appreciated,” said Danahey.

Individuals or groups that may be interested in volunteering or making a donation can reach out by sending an email to [email protected].

Danahey noted that updates to the soup kitchen operation will be posted via its Facebook page.